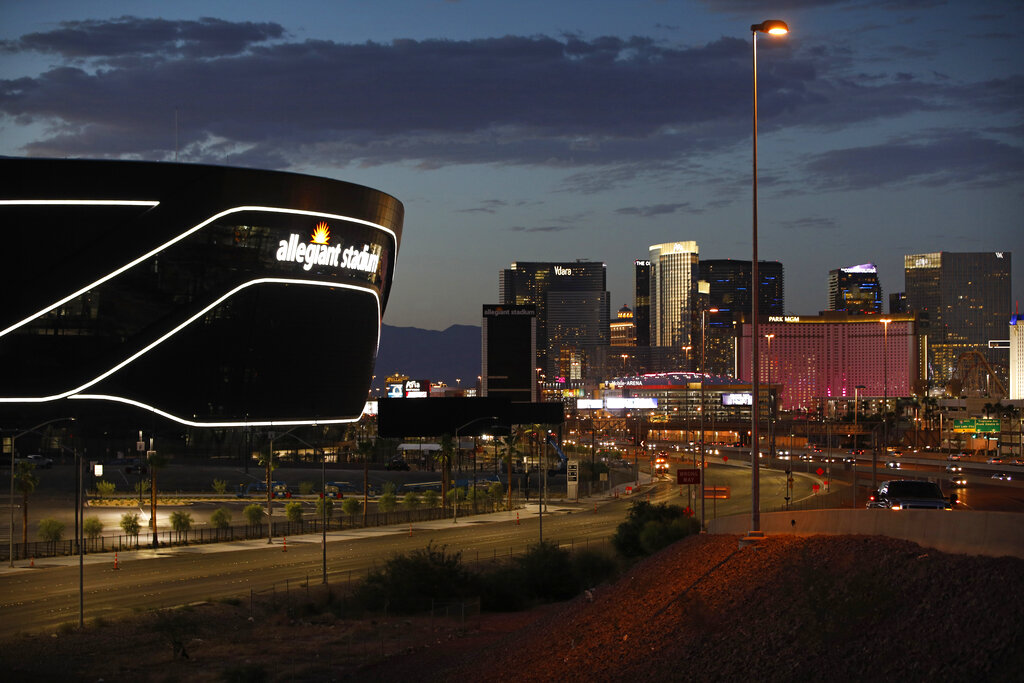 If it weren’t for 2020, this UNLV game would be one blue-and-orange people would flock to. Boise State has poured as many as 15,000 fans into rickety old Sam Boyd Stadium through three games against the Rebels and five Las Vegas Bowls.But now it’s time for Allegiant Stadium, the new domed home of the Raiders just west of Mandalay Bay, and it is something else. It cost almost $2 billion, and it seats 65,000. Surely it would have filled this fall for the Raiders, but what kind of a draw would UNLV have been? A crowd of 20,000 was big for the Rebels at Sam Boyd. Allegiant would certainly provide a boost, but all the attention now in Vegas goes to the Raiders during football season. UNLV scrapes for any exposure it can get these days. We’ll circle back in 2021.

Where would Boise State be without Khalil Shakir? The junior wide receiver is crucial to this offense, and other than CT Thomas, he’s had little help this season. Shakir continues to lead the Mountain West in receptions with 38, even after not playing last weekend. He’s averaging almost 14 yards per grab and has six touchdown catches, the last one the three-yard southpaw wobbler from Thomas on the end-around pass at Hawaii. Shakir, who can line up at tailback if needed, is also the Broncos’ second-leading rusher, with 114 yards and 10.4 yards per carry. He hasn’t thrown a pass yet this season, but he was 2-for-2 with one TD last year.

What was thought to be an extremely deep Broncos wide receivers room has been quiet this season outside of Shakir and Thomas. Octavius Evans’ absence from the depth chart remains unexplained. Stefan Cobbs, the consensus pick for a breakout season, has only four receptions. Billy Bowens just made his first career catch at Aloha Stadium, and Shea Whiting, the Scout Team Offensive Player of the Year last season, has yet to make one.

BODIES BACK ON DEFENSE?

Boise State defensive coordinator Jeff Schmedding told the media Tuesday that there’s a chance Zeke Noa will return to the lineup for Friday night’s scheduled game at UNLV. Noa was injured at Hawaii a week and a half ago, and there was concern about déjà vu for the junior linebacker, who missed the last 10 games of the 2019 season. Noa was off to a solid start before the injury at Aloha Stadium, logging 22 tackles (2.5 for loss). Schmedding also hopes Jackson Cravens can return to the decimated defensive line. The transfer from Utah hasn’t played since the loss to BYU almost four weeks ago.

A SHIFT AT THE STUD SPOT

Regardless of who’s back, Sam Whitney is gone at the STUD position after tearing his ACL. It’s nothing Whitney hasn’t been through before, but what will the future hold? Whitney has access to an extra year of eligibility from the NCAA due to COVID-19. Could he be a seventh-year senior next season? Whitney’s replacement as starter will be Isaiah Bagnah, a redshirt freshman from Lethbridge, Alberta. Bagnah came on to make a tackle-for-loss in the win at Hawaii. He’s a 6-4, 245 pounder, keeping in mind that the starter at STUD the previous three seasons was 6-3, 265-pound Curtis Weaver.

A day after San Jose State president Marie Tuite said moving the Spartans game this week to Hawaii wasn’t an option, the game is moving to Aloha Stadium Saturday. It can’t be played in San Jose, of course, due to a suspension of contact sports in Santa Clara County. It’s not clear what the Spartans will do after the game, as anyone traveling to the county from outside a 150-mile radius is required to quarantine for two weeks. They’d have to camp out somewhere else—and figure out what to do about their regular-season finale against Nevada, which was also scheduled to be played at SJSU’s CEFCU Stadium.

WHAT TO DO WHEN AKOT RETURNS?

The most prominent returnee beyond Derrick Alston Jr. on the Boise State men’s basketball team is sophomore RayJ Dennis. His 4.1 points and 1.8 assists per game last season belie the fact that Dennis can go off, and he personified that on the Broncos’ trip to Texas last weekend. He was projected to be the first man off the bench with Arizona transfer Emmanuel Akot starting at guard, but Akot didn’t travel last week. So Dennis stepped in and played 74 minutes, scoring 31 points on 52 percent shooting from the field, dishing out a team-high 10 assists, and turning the ball over only three times.

Dennis was confident and in total control, spreading elements of his miraculous night against Utah State last January over two entire games. Dennis, of course, scored 19 points in the final 3½ minutes of regulation to lead the Broncos to an unthinkable comeback from 18 points down to defeat USU. It was his fourth start as a Bronco, and he started all but one game the rest of the season. Which leads to this. With Boise State not scheduled to play again until a week from tonight, whatever kept Akot from traveling to Texas last week may be in the past, and he’d be available to start. What is coach Leon Rice to do?

December 2, 2000, 20 years ago today: Capping a bizarre week in which he accepted a job at Oklahoma State and then changed his mind, the rumor mill finally grinds to a halt with Boise State’s Dirk Koetter being introduced as the new head coach at Arizona State. At the same time, assistant head coach Dan Hawkins was announced as Koetter’s replacement at Boise State. Koetter led the Broncos to a 26-10 record and two Humanitarian Bowl wins, along with the final two football championships in the history of the Big West Conference.