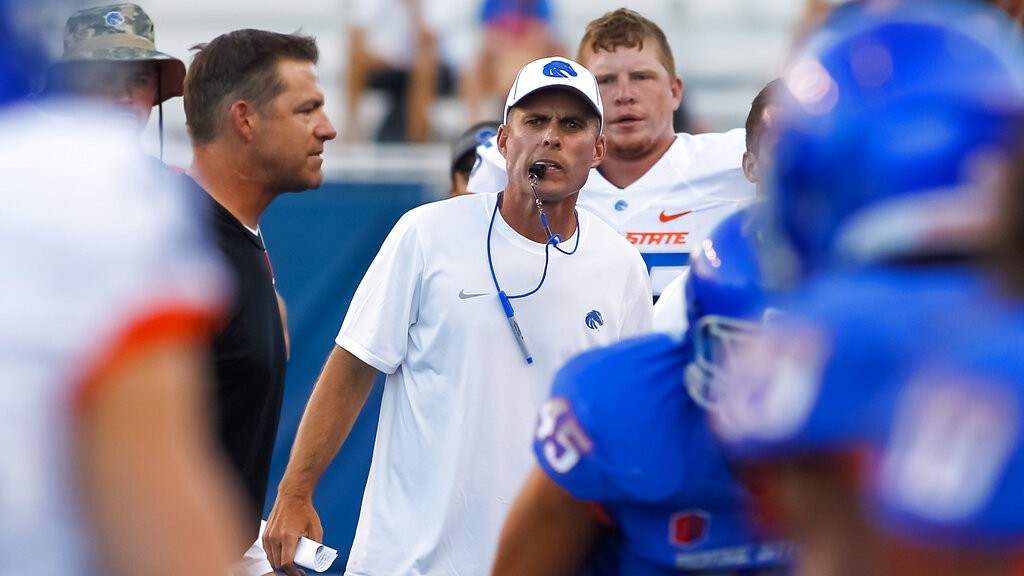 Chris Petersen has been talking a bit about his journey lately, and longtime college football writer Bruce Feldman of The Athletic landed a sit-down with the former Boise State and Washington coach. A lot of it won’t surprise Bronco Nation, but here are a few takeaways. On the COVID shutdown happening just after he stepped down at UW: “I’d say that was probably a blessing for me, because it really did just slow me down. I still was able to read a lot and talk to a lot of people and reflect and figure some things out.” On recruiting taking the joy out of the job: “That’s what I worry about in college football to this day. The recruiting part is out of control. So many coaches I’ve talked to said that because of COVID (restrictions) it’s actually been great in terms of recruiting (because recruiting has slowed down). It’s recharged them.”

On social media putting him—and those he coaches—in a bad place: “These kids are living on this, and it does make you feel bad. I know it’s the world we live in, but too much of anything is always going to be a bad thing. Twitter is toxic. I don’t think it helps you at all. You have to be so careful of what you’re looking at there.” On feeling unfulfilled when he left the Huskies: “At Boise, same thing. When you win all these games, and at the end of it, I just can’t make sense of it. I’m frustrated. Anxious. A little bit confused—why am I not enjoying this more? Because we’re basically doing everything we can do there, and this doesn’t feel like it should feel.”

Saddened to hear of the passing of former Hawaii quarterback Colt Brennan early Tuesday at the age of 37. Let’s talk about the football side of the Warriors great. Brennan was a thorn in the side of every WAC foe, including Boise State. The Broncos were 2-1 against UH with Brennan calling signals, but the one loss was a painful one. Before 50,000 fans in Aloha Stadium in the de facto WAC championship game the day after Thanksgiving in 2007, Hawaii beat Boise State 39-27 to finish the regular season 12-0. In that game, Brennan wore the Broncos out with 495 passing yards and five touchdowns. That ended Boise State’s run of five straight WAC titles.

Although Brennan’s considerable skills didn’t translate to the NFL, they were a perfect match for June Jones’ potent run-and-shoot offense at Hawaii. Brennan threw 58 touchdown passes in 2006, an NCAA single-season record that stood for 13 years until LSU’s Joe Burrow broke it with 60 in 2019. For perspective, Boise State’s Kellen Moore threw for a school-record 43 TDs as a senior in 2011. Brennan suffered a traumatic brain injury in a car accident in 2010, and his family said he was never the same after that. Substance abuse became an overwhelming issue, and tragically, his life ended in a bad place.

STEELIES HAVE A SCHEDULE

The Idaho Steelheads’ 2020-21 season was postponed, then postponed again, then squashed. Now, the Steelheads have a schedule for next season, and they intend to play it. The home opener will be Friday, October 22, against (you guessed it) the Utah Grizzlies. But there will be four non-divisional teams paying visits to Boise: the Adirondack Thunder, South Carolina Stingrays, Jacksonville Icemen and Worcester Railers. Two-thirds of the Steelies’ home games will be on Fridays and Saturdays. And they remain a Dallas Stars affiliate.

Boise State golfer Joe Neuheisel has some momentum going into the NCAA Regionals. Neuheisel played a U.S. Open Local Qualifier Tuesday at Phoenix Country Club and advanced in dramatic fashion. After a one-under 69, he was in a seven-way tie for the fifth and sixth qualifying spots—the last two—in a field of 100, and he and another player birdied the first hole to make Sectionals. Neuheisel, the son of college football commentator and former coach Rick Neuheisel, will join his Broncos teammates next Monday for the Albuquerque Regional, where the Broncos hope to make some noise.

C OF I TO NATIONALS

The College of Idaho women’s softball team got the good news Tuesday, earning an at-large berth in the NAIA National Championships for the sixth time in program history. The Coyotes, who dropped a heartbreaking 1-0 extra-innings decision to Oregon Tech in the Cascade Conference championship game last Sunday, are the No. 2 seed in the Fayette, MO, Bracket. The Yotes play No. 3 seed Freed-Hardeman of Tennessee in their first game of the opening round next Monday. Northwest Nazarene softball, which lost to Western Washington in the GNAC championship game last Saturday, has a good shot at landing a bid to the NCAA Division II Tournament. The Nighthawks will learn their fate this Sunday.

May 12, 1951: The birthday of one of the NBA’s most underappreciated coaches. George Karl won 1,175 games with six different teams and was NBA Coach of the Year with the Denver Nuggets in 2013. His best years were with Seattle from 1992-98, when the Sonics’ 384-150 record was second only to the Chicago Bulls dynasty. Karl spent a lot of time in Boise when his son, Coby, was a star guard for Boise State. Both George and Coby are cancer survivors. George Karl…70 years old today. 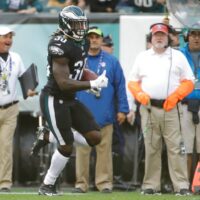 This Day In Sports: The Jay-Train rolls into a new station