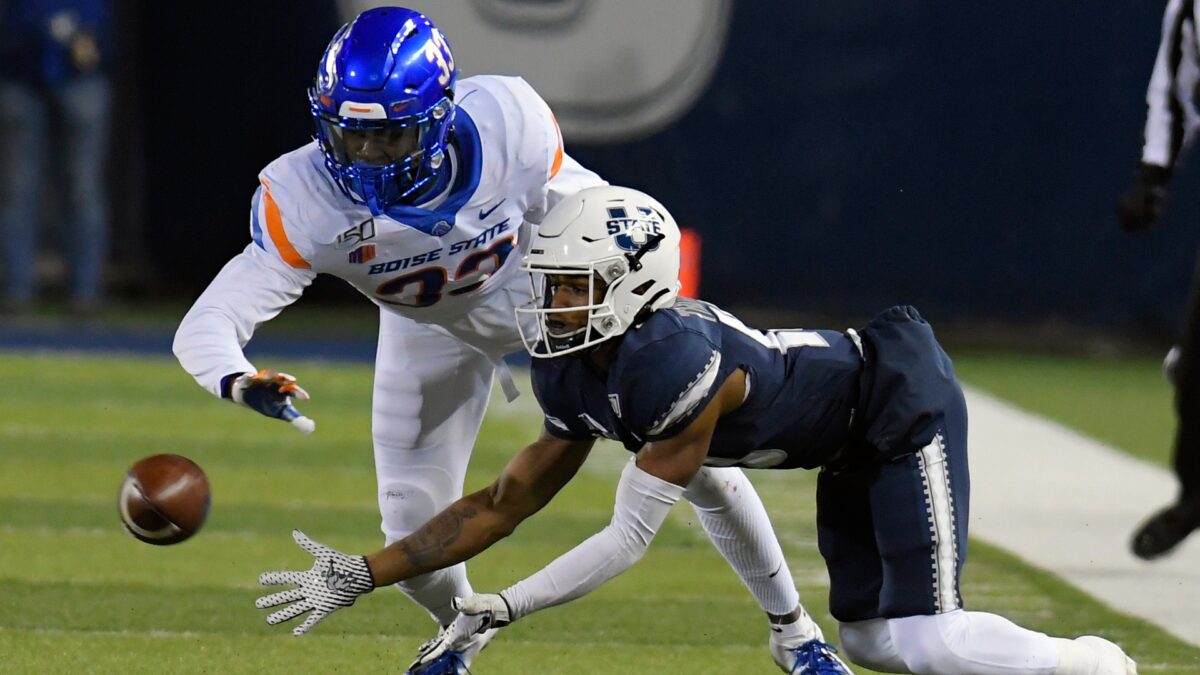 Now that Bronco Nation actually has a football game on the horizon, who is that opponent again? It’s Utah State, which has increasingly become a rival over the years—remembering that two years ago, the Aggies were the highest-ranked team ever to face Boise State on the blue turf. The Broncos beat the USU 33-24 that night to win the Mountain Division of the Mountain West. Utah State doesn’t have quite the buzz these days, but coach Gary Andersen ain’t a-feared of opening the season on the road against Boise State. “I’m sure these kids look at that and say, ‘If you want to be the best, not just on our side, but to have an opportunity to be the best in this conference, you know that’s going to go through Boise,’” Andersen said last weekend. “I think our kids are looking forward to having an opportunity to get on that bus.”

The brouhaha involving Andersen and his opposition to opt-outs over the coronavirus appears to have blown over. At first glance, it looked like a chemistry-crusher in the locker room. “At least in our program, we don’t have an opt-out. And it’s not an option,” Andersen said in the Salt Lake Tribune. “If you opt out, you’re not with us.” That immediately brought out the double-standard police, who pointed out that Andersen himself “opted out” smack in the middle of the 2017 season at Oregon State. He quit after six games that year, ripping his coaching staff and leaving $12 million on the table. Andersen quickly “clarified” his comments. “I was basically saying we have no one in that situation in our football team right now that has opted out,” he said. “Our kids, if they did decide to opt out, we are in support of that.”

Boise State quarterback Hank Bachmeier put close friend Tyler Eiguren in the spotlight over the weekend, telling his “Hillbilly Hank” story—a horseback-riding experience at Eiguren’s family ranch in Fruitland in June. Broncos offensive coordinator Eric Kiesau is looking at a football spotlight. When asked about tight ends other then John Bates who he is high on, Kiesau said, “Tyler Eiguren, I’m kind of excited to see what he can do.” Eiguren was a tight end and defensive lineman at Fruitland (all-state on the D-line) and is now a 6-3, 248-pound redshirt freshman.

And, Kiesau added, “I’m anxious to see what we can do with Austin Bolt.” Now there’s a guy who needs no introduction. Bolt, of course, was an unbelievably versatile Borah Lion who was not only Idaho’s Gatorade Player of the Year in football, but also the 5A Player of the Year in boys basketball. He threw for 10 touchdowns and rushed for 26 on offense last year—and made 62 tackles with four interceptions on defense. Now Bolt zeroes in on the tight end spot. “I’m fast enough to outrun any linebackers and I’m big enough to catch any corners, so I feel like it is an ideal situation for me,” he told KTVB on early signing day last Decenber.

I didn’t see it as much of a discussion, but the fact that Kellen Moore played only two of his four seasons in the 2010s has a debate going in Boise State’s All-Decade Team voting this week. Some like Brett Rypien because of his four-year run and his Mountain West record for passing yards. Some like Grant Hedrick because of his grit in leading the Broncos to the win in the 2014 Fiesta Bowl. That’s fine. But the two-year thing hasn’t mattered for some of the players already voted in, most recently George Iloka. Austin Pettis was voted in at wide receiver, and he played just one year in the decade. Hello? In just those two seasons, Moore threw for 7,645 yards with 78 touchdowns against just 15 interceptions and completed 73 percent of his passes. My case is rested.

Rypien is breaking ground that Moore didn’t, though. In the NFL, of course. It’s looking like Rypien will indeed be starting for Denver Sunday at New England, as the injured Drew Lock did not practice on Tuesday. Hearing Johnny “The Ballgame” Mallory rattle off these stats on Idaho SportsTalk Tuesday was disconcerting, though: Patriots coach Bill Belichick hasn’t lost to a rookie quarterback since Geno Smith of the Jets in 2013 (and the Seahawks’ Russell Wilson before that in 2012). The last eight rookie QBs to face Belichick have lost, most in embarrassing fashion. The man with the cutoff sweatshirt has never fallen to a rookie quarterback in Foxboro. But you may have noticed one guy who liked what he saw last week. “Rypien makin’ plays!” tweeted Wilson during the game.

What will BYU’s Zach Wilson be like on the blue turf when November 7 rolls around? The junior quarterback and one-time Boise State commit is pretty good right now. Wilson is the Walter Camp FBS Offensive Player of the Week after going 24-of-26 for 325 yards and two touchdowns in the Cougars’ 45-14 romp over Louisiana Tech last Friday. He also rushed for 43 yards and a career-high three TDs. Wilson’s pass percentage of 92.3 is second only to his 100 percent ledger (18-of-18) in the 2018 Famous Idaho Potato Bowl. On the season, Wilson leads the nation in completion percentage at 84.5 and is second in pass efficiency with a rating of 221.85.

October 7, 1916: The previous spring, Cumberland University’s baseball team had shelled Georgia Tech, 22-0, using several professional players from nearby Nashville. Unamused, Tech coach John Heisman (yes, that Heisman) offered Cumberland a $500 guarantee to come to Atlanta for a football game. There he got his revenge, as Georgia Tech beat Cumberland 222-0—the greatest rout in college football history.