Grayson Murray and Charlie Saxon have some peace of mind going into today’s second round of the Albertsons Boise Open. Both golfers handled Hillcrest Country Club Thursday, carding seven-under 64’s to share the first-round lead. Ironically, Murray finished with back-to-back 64’s the last time he played the Boise Open In 2016. He likes it here. Murray, a former Arizona State standout, was exempt on the PGA Tour in 2018-19 until a back injury cut his season short this spring. He took a medical exemption and will have 12 starts on the PGA Tour, but he’s trying to earn a full tour schedule by finishing in the top 25 in the Korn Ferry Tour Finals.

Despite missing three of his last four cuts, including the first event of the Korn Ferry Tour Finals last week, Saxon is playing pressure-free golf right now. It showed yesterday, as Saxon one-putted his final 10 holes. You have to like his approach to the Korn Ferry Tour Finals. “I’d love to play on the PGA Tour next year; it’s been a lifelong dream that I have a chance to achieve, but at the same time, I know that another year out here wouldn’t be the worst thing with some more time to get better,” said Saxon, a 26-year-old former Oklahoma Sooner. “So I’m just treating it as an opportunity, and if I play well the next three days then I will get my Tour card, and if not, then the world isn’t going to end.”

THE CAPTAINS HAVE BEEN CONSCRIPTED

John Molchon and Kekoa Nawahine were Boise State’s two representatives at Mountain West Media Days a month ago—a good indication that they’d be Bronco captains this season. And they are. The third captain has seen his journey come full-circle, as it’ll be David Moa joining Molchon and Nawahine every week for the coin toss. The role in the locker room is much bigger, though. In September of 2017, few would have imagined Moa being the unquestioned leader he is today after a 2 a.m. disturbing the peace arrest arrest in Downtown Boise. “I’m disappointed,” said coach Bryan Harsin at the time. Harsin could not be a bigger booster of Moa now. “Captain Moa Constrictor.”

Moa is ready to re-anchor the Boise State defensive line this season. I say “re” because Moa—and his coaches—expect a 2016-type season out of him. He’s been getting the hype, as has been STUD Curtis Weaver, of course. Just Thursday on ESPN’s College Football Live, Weaver was ballyhooed as one of the Group of 5’s best players this year. But those not named Moa or Weaver on the D-line will have a lot to say about Boise State’s fate this season (I still classify Weaver as a defensive lineman). The Broncos are awfully deep there. Chase Hatada and Sonatane Lui are proven commodities flanking Noa. Backups Matt Locher, Jabari Watson, Scale Igiehon and Emmanuel Fesili are experienced and could start at most Mountain West schools. And the staff is anxious to see what Homedale’s Scott Matlock can do.

Maybe it’ll be Boise State’s Fan Fest Saturday that brings the announcement of the Broncos’ new starting quarterback. Chase Cord and Hank Bachmeier have been tooth-and-nail for three weeks now. Coach Bryan Harsin and the staff probably already know who it’ll be with the opener at Florida State now eight days away. Cord’s and Bachmeier’s families are certainly trying to be ready for anything. Said June Cord on Twitter Tuesday: “Whoever may be chosen as Bronco QB, please be supportive and kind.” Boy howdy. She is Chase’s grandmother, and that family surely heard some vitriol last fall after Cord threw an interception while taking a hit against San Diego State. It was a few days later that he tore his ACL in practice. Some fans were bluntly reminded that they needed to chill. You go, Grandma June.

Did you blink? The college football season begins tomorrow. A team from the Mountain West has been a participant in the first day of the season for the past three years, and that will again be the case in 2019 as Hawai‘i hosts Arizona tomorrow on CBS Sports Network. This time the Rainbow Warriors will help kick off the 150th anniversary of college football, and they have a chance to make it memorable with a win over the Pac-12’s Wildcats. Hawai’I returns 20 starters, tied for most in the country with Ball State, Indiana, Michigan State and Oregon. Did you know? The Mountain West has won four straight games over Pac-12 opponents: Nevada over Oregon State, Fresno State over UCLA, San Diego State over Arizona State and Fresno State over Arizona State.

Because of its run-heavy offense, Air Force is never particularly deep at wide receiver. Now, the Falcons are razor-thin. According to the Colorado Springs Gazette, a pair of Air Force receivers expected to vie for starting jobs will not be available to the team because of academy issues. “Cadets Brandon Lewis and David Cormier are not in good standing,” the academy said in response to an inquiry from The Gazette. “Cadets who have received a loss in status are not able to represent the U.S. Air Force Academy in any official capacity.” Elsewhere, College of Idaho wraps up fall camp tomorrow morning with its annual Purple & Gold Scrimmage Saturday morning at Simplot Stadium. The Yotes, the Frontier Conference favorites, open the season on the same field a week later versus Eastern Oregon.

Boise State’s 2019-20 athletic season officially begins today, as women’s soccer heads north to face Idaho (it’s rare that the Broncos and Vandals face each other in any sport anymore). Boise State, led by the nation’s top returning goal-scorer, Raimee Sherle, then hosts Eastern Washington in the home opener on Sunday at the Boas Soccer Complex. And the Mountain West Preseason Cross Country Coaches Poll makes Boise State the favorite to win the men’s conference championship this fall, while the Broncos (now minus Allie Ostrander) are picked second on the women’s side.

August 23, 1999, 20 years ago today: The South-Central Boise All-Stars begin play at the Little League World Series with a 4-0 loss to Tom’s River, NJ. The Boise kids would go 1-2 in pool play, falling to Phenix City, AL, 12-0 before finishing on a high note with a 2-0 victory over Brownsburg, IN. Much of the South-Central team would form the nucleus of Borah High’s state championship team in 2005. The roster included Stephen Fife, who went on to the University of Utah and made the big leagues in 2012 with the Los Angeles Dodgers. 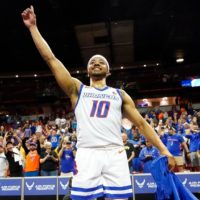 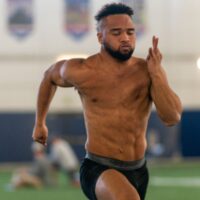