It’s Friday, so I continue the head-start celebration of Albertsons Stadium’s 50th anniversary with an unforgettable game from Year 2. It was September 11, 1971, when Boise State and Idaho met for the first time on the gridiron. The Vandals were technically the home team, but the game was moved to Bronco Stadium because of construction of “New Idaho Stadium” in Moscow (it would eventually become the Kibbie Dome when the roof was added). Idaho delayed putting the upstart Broncos on their schedule until they couldn’t wait any longer, as Boise State had been a Big Sky member for more than a year.

There was bitterness on both sides—instant rivalry. But it was coach Tony Knap and the Broncos who had an ambush waiting, as his team beat the Vandals 42-14 behind quarterback Eric Guthrie and wide receiver Don Hutt before a standing room only crowd of 16,123 in 14,500-seat Bronco Stadium. The blue-and-orange euphoria and the silver-and-gold resentment had long-lasting effects. Ironically, a November upset loss at Idaho State that year kept Boise State from winning the Big Sky, and the Vandals took the title.

Austin Bolt, the quarterback/wide receiver/tight end/running back/safety/linebacker from Borah High, has made history as a guard/wing/forward. Bolt was named Idaho Gatorade Player of the Year in boys basketball Thursday. Bolt thus becomes the first athlete in Idaho history to win the Gatorade honor in both football and basketball in the same school year. The Boise State football commit averaged 19.4 points and 12.5 rebounds per game this past season, including that 35-point explosion in the state 5A championship game win over Post Falls. You remember Bolt’s football numbers: 1,391 yards and 26 touchdowns rushing, 1,380 yards and 10 TDs passing, and 62 tackles and four interceptions on defense.

RYPIEN’S ENGINE IS IDLING, TOO

On IST yesterday, Bob & Chris went through a pretty cool review of Boise State’s rally from 25 points down to beat Colorado State 59-52 in overtime in 2017. Former Broncos quarterback Brett Rypien broke it down with them. It’s a great way to bide the time. As for Rypien’s current status, he’s working out in California while Denver and the rest of the NFL are on hiatus. “There are times when I can get outside and throw, but all the parks are shut down,” said Rypien. I don’t know if we’ll be going back to OTAs and mini-camps anytime soon, but I’ll keep plugging away and try to earn a roster spot (with Denver).”

UPDATE ON THE AZTECS’ NEW PALACE

We don’t know how long San Diego State will play at the stadium formerly known as Qualcomm, but we do know the Aztecs have one more light at the end of the tunnel. According to the San Diego Union-Tribune, the university has secured the financing—in the form of $310 million in revenue bonds to be sold—to build its proposed 35,000-seat football stadium in Mission Valley. SDSU president Adela de la Torre said that keeps the facility on track for a 2022 opening. Boise State’s next trip to visit the Aztecs is in 2021, so—unless the Mountain West rotation changes—the Broncos won’t get to see the shiny new object until 2025.

SAUCERMAN HANGS ON IN BOISE

Sports Illustrated.com has a story on the predicament of minor league hockey players, most of whom do not have a financial cushion. Included in Alex Prewitt’s piece is Idaho Steelheads defenseman Colton Saucerman, who was “banking on earning upwards of $20,000 from running a girls’ hockey tournament in Prague with girlfriend Keira Goin, a former Division III netminder.” The concern now is earning enough to cover rent so he can stay in Boise to train over the summer. “With the season immediately ending, we have enough to be comfortable for a couple months. Then it’s like, what next?” said Saucerman. The Professional Hockey Players Association’s Economic Relief Fund should be up and running long before then. How money will be doled out remains to be determined, though.

March 27, 2013: The second-longest same-season winning streak in NBA history ends at 27 games as the Miami Heat fall to the Chicago Bulls, 101-97. The Heat came within six victories of the L.A. Lakers’ record 33-game streak in 1971-72. LeBron James scored 26.9 points per game and Dwayne Wade 23.5 during Miami’s run, which had started February 1 and featured an average margin of victory of 11.3 points. The Golden State Warriors had a 28-game streak in 2015 that bridged two seasons. 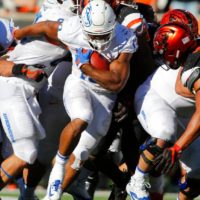 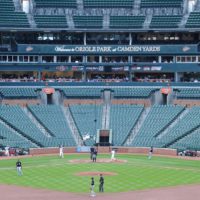 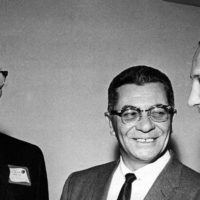