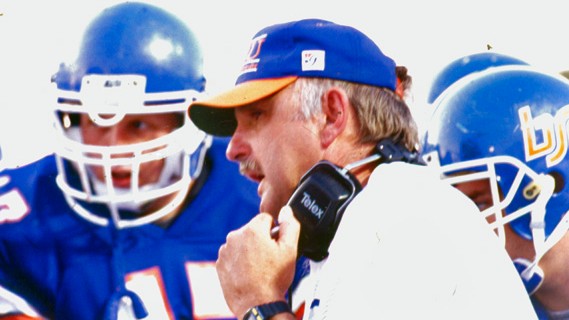 Today marks the 25th anniversary of one of the most important moves in Boise State history, the day the Broncos joined the Big West and became Division I-A in football. There was much anticipation for the 1996 season, but Boise State’s start as an FBS program didn’t go the way anybody expected. Beloved coach Pokey Allen left the team early in fall camp for alternative cancer treatment in Canada, and the Broncos became a ship without a rudder. They finished 2-10, one of only five losing seasons in school history, and Allen passed away at the end of the year. The freshmen and redshirts on that team who stayed would be rewarded with Big West championships and Humanitarian Bowl victories in 1999 and 2000, kicking off a remarkable run of success that continues to this day. It’s something that will never be repeated.

THE FIRST INKLINGS OF THE RUN

Let’s hit some of the checkpoints along the way. The hiring of Dirk Koetter led to those first two Division I-A titles in 1999 and 2000. In 2001 came the often-discussed night when the Broncos knew they had arrived: the 35-30 upset of No. 8 Fresno State. A standing room only crowd of 42,881 watched Boise State fall behind the Bulldogs and David Carr 28-14 early in the third quarter. But sophomore quarterback Ryan Dinwiddie brought the Broncos back, throwing for 297 yards and four touchdowns, the last one a 54-yarder to Jay Swillie with seven minutes left. Swillie bounced off two defenders when he made the catch and outraced them to the end zone. That game changed the trajectory of both programs.

NEXT STOP: THE POLLS

It’s hard to believe everything that has happened since. In 2002, the Broncos achieved what some thought laughable back then: their first top 25 ranking under Dan Hawkins. Just two years later, they were in the top 10 with an undefeated regular season, stopped only by a four-point loss to Louisville in the Liberty Bowl. And just two years after that, Boise State was undefeated all the way through under Chris Petersen, beating Oklahoma 43-42 in the Fiesta Bowl in one of the greatest college football games ever played.

How could it get any better than that? Well, then dawned the Kellen Moore era, when Boise State went 50-3 and won another Fiesta Bowl as the Broncos became ESPN staples. The period was punctuated by program-changing wins, like the two over Oregon in 2008 and 2009, another Fiesta Bowl win over TCU, the takedown of Virginia Tech in the Labor Day opener at FedEx Field in Washington in 2010 and the romp over Georgia at the Chick-fil-A Kickoff in 2011. Keeping in mind that there hasn’t been that much of a falloff since then, with a third Fiesta Bowl win, four Mountain West championships and six 10-win seasons

B.J. Rains of the Idaho Press noticed this Wednesday. After initially opening with UCF as a 10-point favorite over Boise State in the September 2 opener, the line at BetOnLine.ag is down to 3.5 points. That’s a big swing. What has changed? Not much with the Knights, as far as we can tell. I mean, quarterback Dillon Gabriel hasn’t entered the transfer portal. And it seems a bit early for Bronco Nation bettors to be moving the needle like that.

MERRITT MOVES ON TO THE UPPER MIDWEST

Troy Merritt marches on undaunted after a possible top 10 result slipped away last Sunday at the Travelers Championship. The former Boise State star tees off this morning at the Rocket Mortgage Classic in Detroit. Little-known fact about Merritt’s missed opportunity at the Travelers: the five-under 65 he shot last Friday was his fourth 65 or better at TPC River Highlands in 27 rounds there, but he has just one top 10 result to show for it (a tie for eighth in 2017). There’s something about weekends in Cromwell, CT.

MISSOULA BRINGS OUT THE PADDLES

The Boise Hawks’ recent run is now being put to the test against the team with the best record in the Pioneer League, the Missoula Paddleheads. It was a sobering experience Wednesday night, as the Hawks opened a three-game series in Mssoula with a 9-2 loss. Capital High grad Matt Dallas, Boise’s most reliable starter, allowed just two runs and struck out nine batters in five innings of work. But the Paddleheads blew it open with six runs in the sixth. The Hawks, now 14-20, managed only five hits, and nobody had a multi-hit game.

July 1, 1996, 25 years ago today: Boise State and Idaho become Division I-A football programs, joining the Big West. Yes, this is the day when new conference affiliations traditionally take effect, and there are multiple anniversaries. Twenty years ago on this day, the Broncos and Vandals went their separate ways—Boise State off to the WAC while Idaho went to the Sun Belt before joining the WAC in 2005. The Broncos joined the Mountain West 10 years ago today, and the Vandals football program returned to the Big Sky on this day in 2018.

Enjoy Kigab while you can 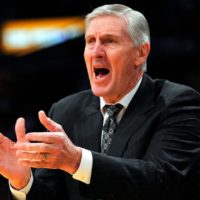