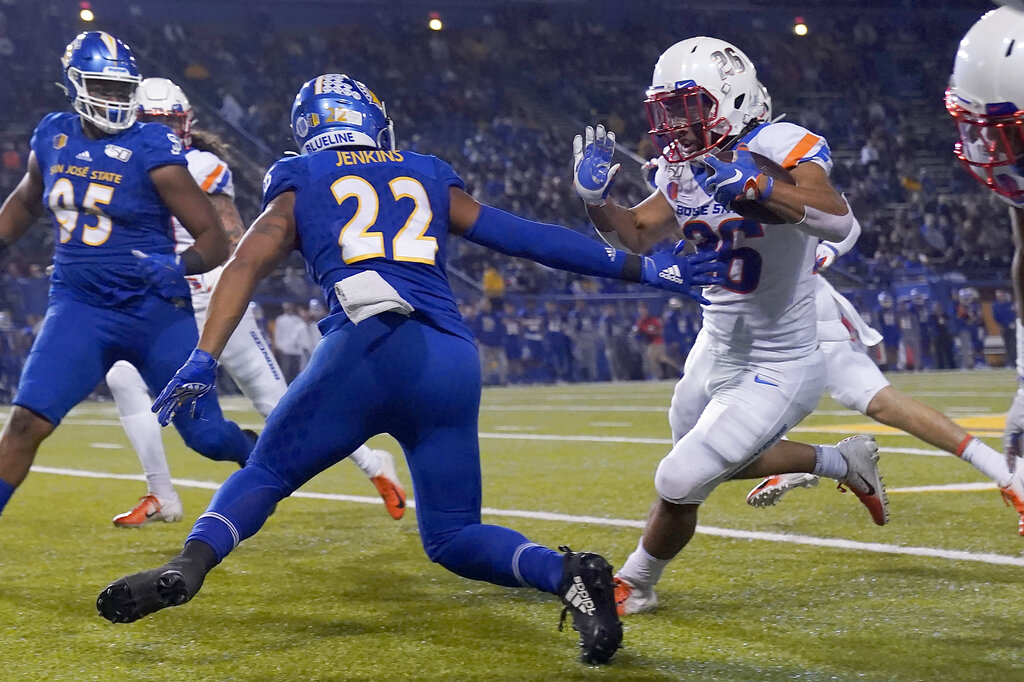 It’s been a bit under the radar, but Boise State has its 23rd consecutive winning season, extending the longest streak in the nation. It includes every year this century, of course. The Broncos’ record since 2000 is 224-44. That’s an 84 percent winning percentage. Too often that goes unappreciated. Overall, this is Boise State’s 47th winning season in 53 years as a four-year program. The Broncos are about to be invited to their 19th straight bowl and 21st total. A team that does appreciate what’s happening right now is San Jose State. The Spartans are 6-0 for the first time in 81 years. They’ve put together just their third winning season of the 21st century. SJSU hasn’t won a conference title in 30 years. These guys cannot wait for the Mountain West championship game.

BRENNAN IS IN THE MOMENT

San Jose State coach Brett Brennan was not shy Monday about putting Saturday’s game on a pedestal. “This is the biggest game in the history of our school,” said Brennan. The school has Brennan to thank. It was no surprise that he was named Mountain West Coach of the Year on Tuesday. When the Spartans went 2-11 and 1-11 in his first two seasons, Brennan looked like just another poor soul in a dead-end job. Now they’ve reached the mountaintop (pun intended). I liken this San Jose State team to the raw energy of Boise State in 1999. It was three years after the Broncos went 2-10 in their first year in Division I-A, and they won the Big West championship and the Humanitarian Bowl. Can the Spartans sustain things the way Boise State has since then? Highly unlikely. But it’s all about the here and now.

The All-Mountain West teams were also released Tuesday, and only Avery Williams and Khalil Shakir were named to the first team from Boise State. Highly unusual. Guys like Riley Whimpey and Kekaula Kaniho were snubbed. Maybe they’ll feed off that Saturday in the title game, but it’s not worth dwelling on. Williams’ accomplishments are. He was first-team three times over: as a cornerback, punt returner and kickoff returner. Not only that, Williams was crowned conference Special Teams Player of the Year for the second straight season. A Bronco had never won a special teams season honor before Williams. Now it’s happened twice. And Williams has to be especially proud of the award at cornerback. He had a tough 2019 in the secondary—improvement there was a focal point.

REGARDING KICKOFFS AND PUNTS

Speaking of special teams, San Jose State wrapped up the regular season with the Mountain West Player of the Week in that category. It was freshman Shamar Garrett who returned the opening kickoff of the second half 98 yards for a touchdown last Friday to narrow Nevada’s lead to 20-14, and the Spartans blew past the Wolf Pack from there. So San Jose State is keeping up with Williams in that facet. It was the first kickoff return touchdown for SJSU since 2015. Here’s an interesting question: Will Williams sneak in a good punt return on the Spartans like he did last year? No San Jose State opponent has returned a single punt on the Spartans this year.

BRONCOS LOCKING DOWN ON ‘D’

This is looking like the best defensive team Leon Rice has had at Boise State. The Broncos are allowing only 60.2 points per game and lead the Mountain West in turnover margin at plus-6.2. “Our defense is a little bit cumulative,” Rice said after Sunday’s 70-59 win over Weber State. “It’s hard to shoot over those big bodies consistently.” BYU coach Mark Pope concurred last week. “Their length bothered us,” said Pope after the Cougars’ 74-70 loss to the Broncos. Length means cutting off passing lanes, too. “We’re really good at getting deflections, so just our length and our ability to get our hands on balls is really helping us,” said Emmanuel Akot following the win over Weber State. The Broncos have recorded at least seven steals in all five games this year, the first five-game streak of seven more since 2016.

Length defines Akot, especially considering where he lines up. At 6-8, the Arizona transfer is the biggest point guard Boise State has ever had. Akot’s numbers in Sunday’s 70-59 win over Weber State reflect that. He not only scored seven points and dished out six assists, he also blocked his first shot as a Bronco and made two steals. Oh, and Akot didn’t turn the ball over. In Rice’s 331 games as head coach at Boise State, it’s only the 14th time he’s had a player log six or more assists without a turnover. At least right now, Akot is playing better than he ever did at Arizona. He’s making up for lost time.

Boise State is slated to play a record 18 Mountain West games on national TV this season—nine on FS1 and nine on CBS Sports Network. Just check your local listings first. The first roll of the dice is next week’s series against New Mexico Monday and Wednesday in ExtraMile Arena. Let’s hope they’re played as planned. There’s already a conference game postponement in Mountain West men’s basketball, as UNLV coach T.J. Otzelberger has tested positive for COVID-19. The Rebels’ opening series at Wyoming Sunday and Tuesday will not be played.

The Boise State women have had coronavirus problems for a week now. After canceling their game at BYU last Saturday, the Broncos also had to nix today’s second meeting of the season against College of Idaho in ExtraMile Arena. The C of I men did get in their latest hastily-arranged game Tuesday night, falling 88-74 at the University of Portland. The Coyotes put up a solid effort, hitting 15 three-pointers against a Division I Pilots team that is now 5-1. The Yotes’ next try is Thursday night at Seattle University.

December 16, 2005, 15 years ago today: Dan Hawkins ends the best coaching run in the history of Boise State football to that point when he is introduced as the new head coach at Colorado. Hawkins went 53-11 in five seasons at BSU with four straight WAC championships and bowl appearances and three Top 15 finishes. Offensive coordinator Chris Petersen was simultaneously announced as the Broncos’ new head coach. Ironically, it was that day Boise State first practiced in Hawkins’ pet project, the Broncos’ new indoor practice facility. 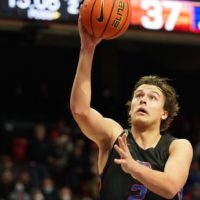