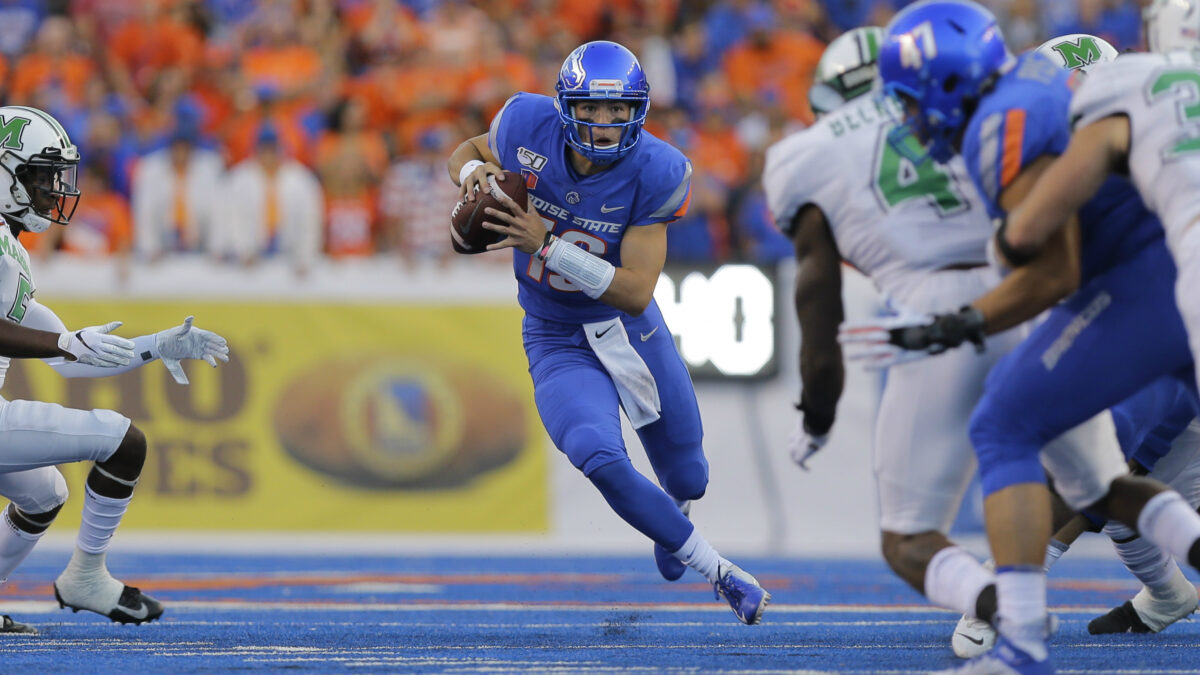 I wish this was entirely my theory, but I heard it from someone else. The Boise State offensive line, renowned for slow starts the past few years, is sometimes at the mercy of its quarterback. Take Hank Bachmeier. The consensus is that he needs to deliver the ball more quickly and slide more often when scrambling. There’s no reason to think he won’t. But there’s another reason he took some of the hits he absorbed as a true freshman. Some keen O-line watchers categorized Bachmeier as a “drifter” last year, meaning that even if the line formed a solid pocket, Bachmeier would drift outside that sweet spot and into harm’s way. This same “someone else,” a person who should know, said Bachmeier has improved immensely since the end of last season. In this case, “pocket presence” means being present where the pocket is.

Here’s a key number for Bachmeier and the offensive line: 27. That’s the number of sacks allowed by Boise State last year. It was actually down from 32 in 2018, but ideally the Broncos would get that under 20 this season. That would mean the offensive line has developed and Bachmeier has learned how to get rid of the ball more quickly. Bachmeier was hit countless other times, both in the pocket and down the field. The most visible was the hammering he took after an eight-yard second-quarter scramble against Hawaii last October. Bachmeier fumbled and fell to the turf—and did not return.

Presumably KBOI’s Decade of Dominance retro broadcast this Saturday, Boise State’s 16-13 win over Washington in 2015, will be the last for the foreseeable future, as the delayed 2020 season is set to begin next week. Beyond the obvious storyline of Chris Petersen’s return to the blue turf, it turned out to be Ryan Finley’s only victory as a start-to-finish starter for the Broncos (he was injured two weeks later). The Boise State defense carried the night, holding a Power 5 team without an offensive touchdown for the first time. The Huskies gained only 179 yards in quarterback Jake Browning’s debut and did not reach the 100-yard mark until 13½ minutes remained in the game. Coach Pete was treated with respect, and it was mutual at Albertson Stadium, where the atmosphere was predictably electric.

Kamalei Correa’s final interview as a Tennessee Titan may have been the one he did with Bob Behler for this Saturday’s retro Boise State-Washington broadcast, because he now has a new NFL address. Correa was traded by the Titans to the Jacksonville Jaguars Wednesday for a 2021 sixth-round draft pick. He had a great run through the NFL Playoffs last winter, but Turron Davenport of ESPN reports that Correa “was frustrated with his diminished role after he played only 38 snaps on defense (14%) and 23 special-teams snaps in three games.” Tennessee had taken Correa off the reserve/COVID-19 list on Tuesday but still made him inactive for the game against Buffalo that night. The Jaguars will be Correa’s third NFL team—he was drafted in the second round by the Baltimore Ravens in 2016.

With fingers crossed for the 2020-21 season, the Boise State men’s and women’s basketball teams opened preseason practice on Wednesday. On the men’s side, here’s my best guess on a starting lineup for a team that’s seeing a major infusion of talent. The only returning starters are Abu Kigab and Derrick Alston, who should be a Mountain West Player of the Year candidate. Here’s my best stab on the rest of them: Arizona transfer Emmanuel Akot at forward (although he’s listed as a 6-8 guard), East Tennessee State transfer Mladen Armus in the post, and Portland transfer Marcus Shaver Jr. at point guard. That would mean RayJ Dennis is coming off the bench—that’s how talented this team could be. We’ll circle back.

The NCAA has released host sites for a multitude of events from 2023-26, including the NCAA Men’s Basketball Tournament. Boise, which is scheduled to host the first and second rounds in 2021, is not on the list. So, if the event is indeed played here next March, it’ll be a minimum of six years before the Big Dance returns. The biggest gap since Boise State hosted its first one in 1983 was nine years, from 2009-18. KTIK’s John Patrick confirmed with Boise State that the university did bid to bring the tournament back in that 2023-26 time frame. The 2021 tourney was in doubt after the hubbub surrounding Idaho’s new law banning transgender women from competing in women’s sports, but it may have received a reprieve when a federal judge granted a motion for a preliminary junction against the act two months ago.

College of Idaho enters the 2020-21 hoops season as the reigning No. 1 team in the NAIA Division II Coaches Poll, key words being “Division II.” The NAIA has combined its 231 member schools into one division for the first time in 30 years—and even with all those Division I programs now in the mix, the Coyotes are still No. 8 in this year’s preseason poll. The Yotes, who went 31-3 last season, are the third-highest ranked former Division II team in the poll.

October 15, 2011: Ignoring the suddenly swirling talk of an invitation to the Big East, Boise State plays its first conference game in the Mountain West and demolishes Colorado State, 63-13. The Broncos rolled up a then-school record 742 yards of total offense, as Kellen Moore completed his first 18 passes and Doug Martin rushed for a career-high 200 yards and three touchdowns. The day before the game, the Mountain West and Conference USA had announced a plan to merge in football amidst rumors that the Big East was about to invite Boise State and Air Force. Earlier in the week, TCU had reneged on its plan to move to the Big East, accepting an invitation to the Big 12. 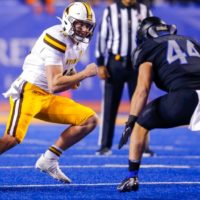 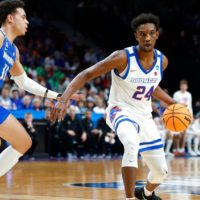 Scott Slant Friday Special: The Broncos make a game of it