Since it’s a bye week, and Boise State is reviewing the first half of the season, let’s review something I wrote two weeks before the season started: “Some people just can’t understand why the Broncos aren’t at least 12-1 every year and actually call for a coaching change.” The headline that day: “What are you wishing for?” Seems appropriate this week, right? Boise State just lost a game to a rival by three points. Bryan Harsin now has a 58-16 record in 5½ seasons. The fact that he has been able to sustain success in the wake of the Coach Pete era is impressive, and his recruiting is tops in the Group of 5. Name someone who’s guaranteed to come in here and top that. And oh by the way, Harsin was named to the Paul “Bear” Bryant Award Watch List. Not before the season, but on Wednesday.

TIPS FROM ANOTHER SPORT?

As quarterback Hank Bachmeier works on returning to the lineup, might you see him sneaking into to Boise State baseball practice to get sliding tips from coach Gary Van Tol? No. But as much as his riverboat gambler mentality has helped produce big plays, it’s probably time for caution. Not many QBs in the country (if any) have been hit more than Bachmeier has, and the Broncos need him to be—and remain—healthy once he’s back. Bachmeier has 32 rushing attempts this season for 43 yards and a touchdown. Sacks account for 12 of the carries. Out of the other 20, how many times has he gone into a slide? Once? Twice? (To have positive yardage after 12 sacks is sayin’ something.)

QUOTABLE, AND NOT IN A GOOD WAY

Air Force coach Troy Calhoun is endearing himself to, well, not many people right now. First, he repeatedly refused to answer questions during a Tuesday press conference about cocaine use and related charges tied to three of his players. Then, while previewing the Falcons’ game Saturday, he said this: “Nobody, outside of maybe a team in Provo, takes advantage of the seven-year rule (LDS mission kids) more than Utah State. So you’re playing against guys that are really, really old guys”. That brought this response from Jake McNeil, a USU contributor for Mountain West Connection: “Number of Utah State first string players (from last week) that served missions: ZERO. Total number of players that got snaps vs. Nevada: 58. Total number of mission players that got snaps: 8. Like most babies that cry, Troy Calhoun doesn’t even know what he is crying for.”

TUMULT IN THE MOUNTAIN WEST

There have been suspensions and roster removals left and right in the Mountain West this week. The one I haven’t mentioned yet is Colorado State’s leading rusher, Marvin Kinsey, suspended indefinitely by coach Mike Bobo, who wouldn’t divulge the reason. This is not Kinsey’s first go-round with discipline at CSU. He has rushed for 100.4 yards per game, tops in the MW and 22nd in the FBS. But there is some good news in a conference that needs it right now: former UNLV offensive coordinator Barney Cotton had a successful heart transplant. Tuesday night. Doctors will now monitor Cotton’s body to see if it accepts the new heart. He left the Rebels program in July to deal with his health.

These are good times in the College of Idaho athletic department. Not only do the Coyotes’ have the NAIA’s No. 7 football team, they now have the No. 3 men’s hoops squad in NAIA Division II going into the season. The Yotes were also No. 3 in the preseason poll a year ago. C of I is coming off a 31-6 season and a trip to the NAIA Tournament semifinals. No. 2, incidentally, is Cascade Conference rival Oregon Tech.

ACROSS THE INTERNATIONAL DATELINE

Troy Merritt’s mini-tour of Asia continues at the ZOZO Championship in Chiba Prefecture, Japan, outside of Tokyo. Since it’s tomorrow over there, the first round is already complete, and Merritt shot a one-over 71. The former Boise State star tied for 57th last week in the CJ Cup at Nine Bridges in South Korea. This is Merritt’s fourth event of the young PGA Tour season—he’s still looking for his first top 50 finish. Merritt’s winnings so far sit at $34,760. Needless to say, this is an expensive stretch of the campaign.

Better hit this before it’s too late. Sam Miller of ESPN.com ranks all 50 players on World Series rosters this week, and a former Boise Hawk is No. 19. Catcher Robinson Chirinos of Houston isn’t that high because of his bat, but because of his defense. “Chirinos is a below-average thrower and a below-average framer,” writes Miller. “But the Astros threw the fewest wild pitches in the American League this year, and Chirinos—who rates as the second-best (pitch) blocker in the game—was a big reason for that. For a catcher who is only four months younger than Brian McCann (who recently retired from the Atlanta Braves), Chirinos looks shockingly fresh.” Chirinos appeared in Games 1 and 2 and went 0-for-2 in the Nationals’ 12-3 win Wednesday night. He played for the Hawks way back in 2002.

October 24, 2012: San Francisco’s Pablo Sandoval becomes only the fourth player in major league history to hit three home runs in a World Series game, leading the Giants past Detroit 8-3 in Game 1. The first two came off American League Cy Young Award winner Justin Verlander, and the third was given up by former Boise Hawk Al Alburquerque. Sandoval joined Babe Ruth (who did it twice), Reggie Jackson and Albert Pujols on the elite list. The “Panda,” despite his considerable girth, had hit only 12 homers during the regular season. 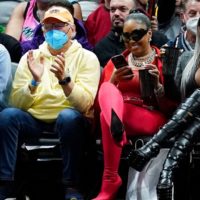 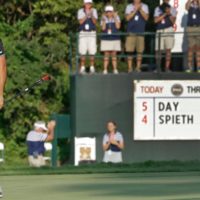 This Day In Sports: Day’s winning score is way Down Under