What can you say when Boise State holds Marshall to zero points, zero yards and zero first downs in the second half of the Broncos’ 14-7 victory Saturday night?Well, if you’re me, you add it to the second half of the Florida State game and see what you’ve got. Boise State has allowed 38 points this season in the first half and zero in the second. Total yards yielded over two games: 530 in the first half, 68 in the second. Rushing yards show as 199 to 16. Passing yards go 331 to 52. There have been 24 first downs for the opposition in the first half, and just four in the second. The defensive coaching staff, with three new faces including D-coordinator Jeff Schmedding, and a fourth coach in a new position (Spencer Danielson on the defensive line), gets major kudos.

The Boise State offense has been good out of the gate, but it wants to be great. There’s some work to do to get there. The basic offensive numbers look really good: 529 yards per game, fourth in the Mountain West. The Broncos are averaging 184.5 on the ground and 344.5 through the air. Most any team would take that. But it’s not reflected on the scoreboard. Boise State has converted just 33 percent of its red zone trips into touchdowns, and the scoring average is only 25 points per game. In both of those categories, they’re 10th in the conference. The hope comes from the fact that their leading passer and leading rusher against Marshall, Hank Bachmeier and George Holani, are both true freshmen. There’s plenty of improvement to come.

A glimpse of Boise State’s true potential came on a couple of possessions wrapped around halftime. The Broncos had been stubbing their toes in the first two quarters—then they embarked on a nine-play, 88-yard drive that ended with Hank Bachmeier’s one-yard dive for a touchdown 10 seconds before intermission. The key play was a Bachmeier backfield flip to Khalil Shakir that covered 45 yards. Then the second half began with a 72-yard march that took only four plays, thanks to a 47-yard hookup between Bachmeier and John Hightower, who looked like his 2018 self as he jetted into the end zone. Boise State, however, would return to its red zone hiccups from there.

A LITTLE LEAP BY DEFAULT

Boise State’s win over Marshall wasn’t convincing enough (on the scoreboard, at least) to jump the Broncos up significantly in the polls. But some losses just above them in the Top 25—by Syracuse and Stanford—allowed Boise State to move its ranking by two, to No. 22 in both the AP and Coaches Polls. This week’s game against Portland State doesn’t present much of an opportunity for upward movement. But let’s get this out there about the Vikings: in Week 1 they traveled to SEC country and lost just 20-13 at Arkansas. And on Saturday, Portland State trampled outmanned Simon Frasier 70-7, racking up 646 yards and holding SFU to minus-65 yards rushing.

The Mountain West now has more wins over Power 5 schools (six) than it did all of last season. San Diego State won 23-14 Saturday at UCLA, beating the Bruins for the first time in 23 tries as the Aztecs’ new spread offense started to click. And Hawai’i shut out Oregon State in the second half and scored the game’s last 17 points while taking down the Beavers 31-28 at Aloha Stadium. The Rainbow Warriors are now 2-0 against the Pac-12. Fresno State almost grabbed a seventh MW Power 5 conquest, but the Bulldogs fell at home to Minnesota in double-overtime 38-35. The bad losses in the conference both belong to the state of Nevada. The Wolf Pack was annihilated by Oregon 77-6, and UNLV was dominated at home by Arkansas State 43-17.

CAN KELLEN BOTTLE UP THIS PERFORMANCE?

There are still 15 games left in the NFL regular season, but Kellen Moore’s debut as offensive coordinator in Dallas was one for the memory banks. The Cowboys rolled up 494 yards in their 35-17 win over the New York Giants, with Moore doing was he was accustomed to in his playing days at Boise State, using shifts, motions, and a wide variety of personnel. Quarterback Dak Prescott threw for 405 yards and four touchdowns with no interceptions, and Dallas had two 100-yard receivers. Defensively, the Cowboys’ Boise State connection was most apparent on a turning-point play late in the third quarter. With the Giants trying to get back into the game, Leighton Vander Esch and DeMarcus Lawrence shared a sack of Eli Manning, with Lawrence forcing and recovering a fumble at the Dallas 11-yard line.

Alexander Mattison’s NFL debut was productive for Minnesota. The third-round pick out of Boise State carried nine times for 49 yards in the Vikings’ 28-12 win over Atlanta. Two of Mattison’s runs were dandies. He peeled off a 23-yard dash on his second attempt of the game and added a 17-yard pickup late in the second quarter, narrowly missing his first NFL touchdown when he was pushed out of bounds at the one.

Idaho wide receiver James Cotton went off on Central Washington in the Kibbie Dome Saturday. And Cotton’s one of the main reasons the Vandals were able to fend off the challenge of Division II Wildcats 41-31. He hauled in 16 catches, the second-most in school history behind Jerry Hendren in a 1969 game. Cotton’s catches covered 145 yards and produced two touchdowns. The yardage was the most by an Idaho receiver since 2015. The Vandals also had two 100-yard rushers for the first time in 15 years: Aundre Carter with 123 and Roshaun Johnson with 111. Now Idaho plays up again when it travels to Wyoming this week.

Two weeks in, College of Idaho’s season sure has the look of something special. The Coyotes won their eighth game in a row Saturday, their longest streak since 1953, subduing Montana Tech 28-14 in Butte. The Yotes’ ground game pounded the Orediggers, with Nick Calzaretta rushing for a career-high 247 yards including a 61-yard gain and 58-yard touchdown. Calzaretta’s yardage was the third-most in C of I history. The Yotes went to the air as needed, and Darius-James Peterson delivered an 88-yard touchdown pass to Hunter Juarez. C of I built a 21-0 lead at the beginning of the fourth quarter and cruised to victory.

September 9, 2013: After a string of 20 consecutive losing seasons, the longest such streak in major American professional sports, the Pittsburgh Pirates defeat the Texas Rangers 1-0 to record their 82nd victory to clinch a winning record. The Pirates’ last winning season had been in 1992, when they won the National League East for the third straight season and made the NLCS. Pittsburgh would also go on to its first postseason appearance in 21 years, falling to the St. Louis Cardinals in the National League Divisional Series. 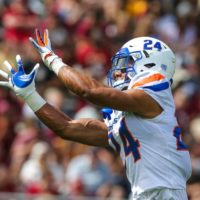 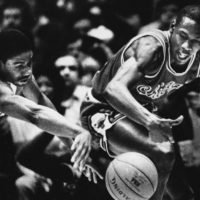