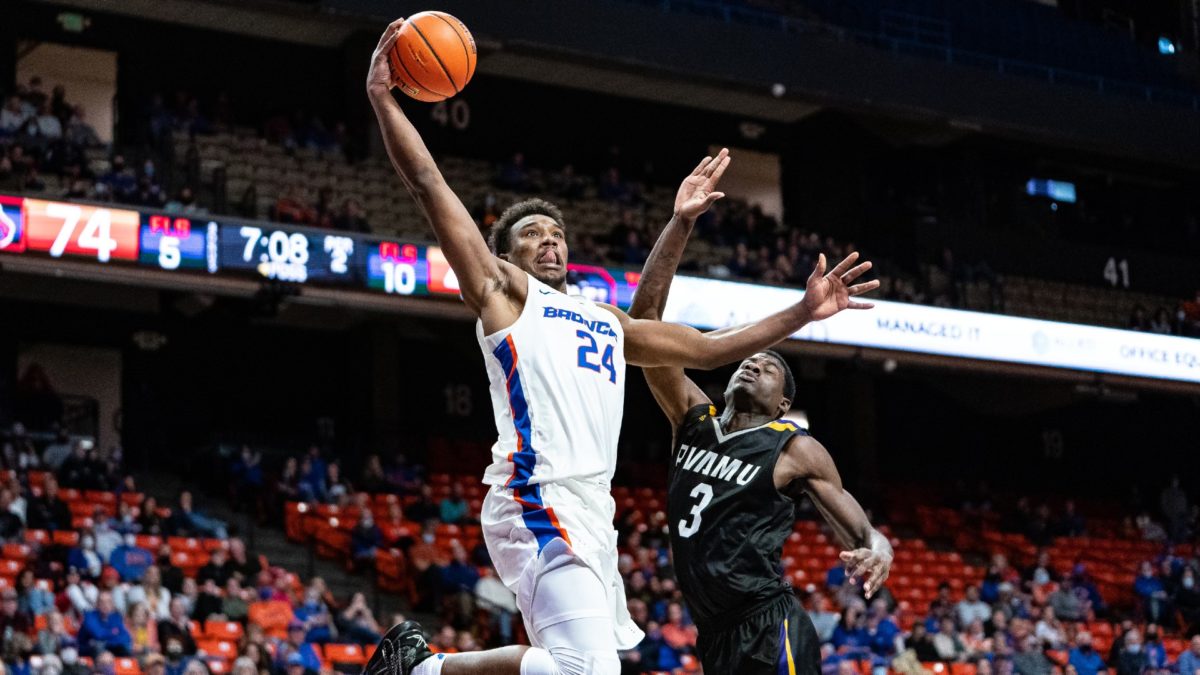 Maybe Prairie View A&M’s foul frenzy was a strategy—if you keep hacking a team that can’t shoot free throws, you keep those guys off the scoreboard. But 40 personal fouls? That produced 52 Boise State free throws, three short of the school record, and the Broncos ran away from the Panthers 97-60 Friday night in ExtraMile Arena. Boise State made only 63.5 percent of the freebies (33), but it was way better than their nation’s-worst season average coming in. The fouling was not only on the floor, but on the bench as well. Prairie View coach Byron Smith was ejected from the game after being assessed his second technical foul of the night. The Broncos have their first three-game winning streak of the season going into Tuesday night’s game against Santa Clara.

Derrick Alston Jr. was not only Boise State’s team leader last year but also its team spokesman, and Abu Kigab is clearly assuming that role this season. It’s Kigab who usually shares insight on the team after games, and he’s earned that through his performance. Against Prairie View A&M, Kigab was dominant, scoring 32 points on 10-for-12 shooting and pulling down 10 rebounds. He had a serviceable 10 points at the half before going off for 14 points in the first eight minutes after the intermission. Kigab’s exclamation point was a flying dunk with a takeoff just inside the free throw line with seven minutes left in the game, bringing the house down. His scoring average is up to 14.7 points per game. The only downer: Kigab is under 18 percent from three-point land.

We are two days away from a pivotal day in college football (and, some would say, the root of all chaos). Wednesday is early signing day for National Letters of Intent, and it’s shaking out well right now for Boise State, which has 18 commitments. The Broncos landed a big one on Friday when four-star linebacker Dishawn Misa of Eastside Catholic in Sammamish, WA, came aboard. Misa picked Boise State over a list of finalists that included UCLA, Utah and Colorado. He said he has a great relationship in particular with Broncos cornerbacks coach Jeron Johnson, who coached at Eastside before coming to his alma mater. Boise State also has a new commitment from junior college edge rusher Deven Wright of Mississippi Gulf Coast Community College. Wright, a 6-5, 230-pounder, logged 34 tackles and 7.5 sacks this season.

Harry Beresford played offensive line for Boise State from 1992-93. He later had two sons who were pretty good at football, Cade and Jack. They ended up at Washington State, but both went into the transfer portal at the end of the regular season. On Sunday, the Beresford brothers decided on Boise State. Cade Beresford is an offensive guard who started eight games for the Cougars this season. Jack, a linebacker, didn’t record any stats this year as a true freshman. One look at the Broncos’ commit list shows that the team is going to be loaded at linebacker moving forward.

WILSON TRIES TO SETTLE DOWN THE WOLF PACK

This is probably the best possible solution for the shocking turn of events at Nevada the past week. After coach Jay Norvell made an intra-conference move to Colorado State, the Wolf Pack picked Ken Wilson to replace him. Wilson knows the lay of the land at Nevada, having spent 23 years there as either an assistant or in the athletic department. He has spent the last nine seasons as a respected Pac-12 assistant, including six at Washington State and the past three at Oregon. He knows Boise State coach Andy Avalos well—when Avalos left the Ducks to take over the Broncos, Wilson was elevated to co-defensive coordinator at UO. Now we’ll see if he can talk any Pack players into withdrawing from the transfer portal, including star wide receivers Elijah Cooks and Tory Horton and leading tackler Daiyan Henley.

FROM BERKELEY TO POKY

Idaho State picked Charlie Ragle, the Cal special teams coach, as the guy who it hopes will lead the Bengals out of the Big Sky cellar. Ragle was introduced Friday with a declaration from ISU athletic director Pauline Thiros: “He is precisely the right person to return Bengal Football to prominence. He believes what I believe about our tremendous potential, and he has the tools to ensure we reach it.” Ragle has spent the past 10 seasons as an assistant in the Pac-12, the last five with the Bears. Winning seasons are rare at Idaho State. The Bengals have won just one Big Sky championship in the past 40 years (a shared one in 2002) and have not made the FCS Playoffs since 1983 when Jim Koetter, Dirk’s dad, was coach.

The Idaho Steelheads rink crew got it over with early, clearing hundreds of teddy bears from the ice just 44 seconds into the game as a goal by Michael Prapavessis ignited the annual Teddy Bear Toss for Toys For Tots. Zack Andrusiak tallied 32 seconds later for good measure, and the Steelheads went on to a 4-1 thumping of South Carolina, completing a three-game sweep, their first of the season. Jake Kupsky was stellar in net again, making 24 saves and dropping his goals-against average to 1.60, the lowest in the ECHL. It also marks the Steelies’ first four-game winning streak of the season.

December 13, 2014: In a landslide, Oregon’s Marcus Mariota becomes only the second player from a Northwest university—and the first Hawaiian-born athlete—ever to win the Heisman Trophy. Mariota threw for 4,454 yards and 42 touchdowns against only four interceptions that season, and he rushed for an additional 770 yards and 15 TDs. He led the Ducks to a 13-1 record and a 59-20 rout of Florida State in the Rose Bowl, a game in which he was named MVP. As sometimes happens with Heisman winners, Mariota hasn’t been able to replicate his college success during his NFL career. 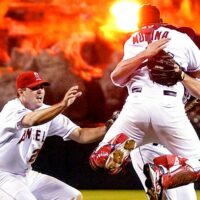 This Day In Sports: Lots of rings for former Boise Hawks