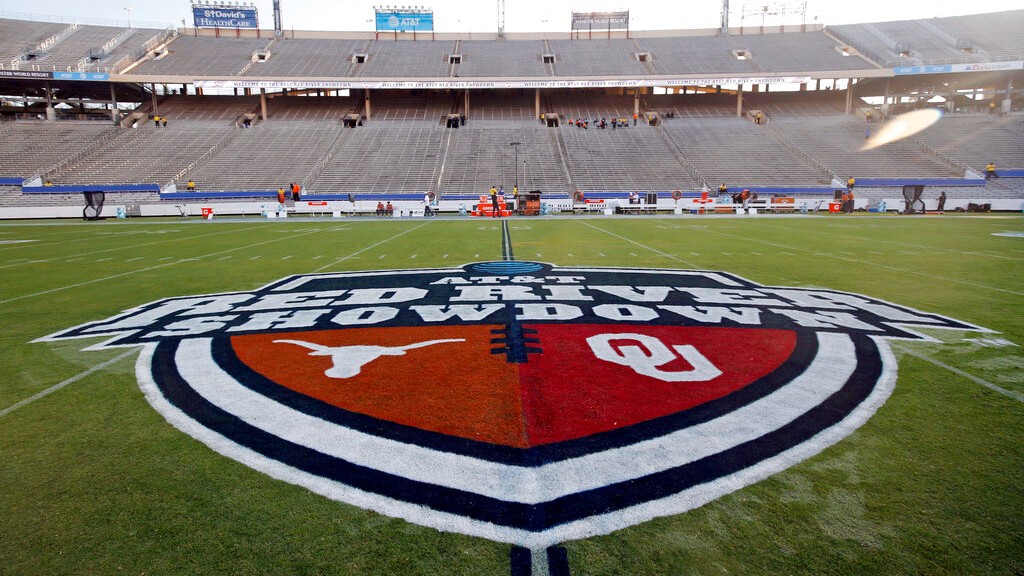 Formality becomes reality, as the SEC has voted to extend invitations to Oklahoma and Texas. Meanwhile, ESPN fights back against a letter from Big 12 commissioner Bob Bowlsby claiming that the network is trying to destabilize his league. Who knows where all this will be on Monday? This time the conference shuffle will be long-lasting. There’ll be doors closing, and the Broncos may be on the wrong side. Whether the next few months are good or bad for Boise State, it’s not going to be good for college football. Even if the Broncos landed in a Power 5 conference, it would be one without teeth. Because the SEC is going to turn into a Super League (with perhaps some Big Ten involvement). It’s going to be its own new division. We can call it the FGS. The Football Greed Subdivision. It’s sad to see.

DICKEY LAYS IT DOWN

Boise State athletic director Jeramiah Dickey released a statement Thursday afternoon that touched on all the craziness in college sports right now. “The ground beneath us is shifting, and we are not afraid of the unknown,” Dickey said. The undercurrent of the release really has to do with Bronco Nation’s role in the future. “We will relentlessly continue to control what we can control,” he said. Dickey’s push for six sellouts this season? In this wild new landscape, it has never been more important. That is key to Boise State showing value. Dickey added, “It means increased engagement with the programs you follow. It means recruiting new supporters. It means stepping up during a historic time in collegiate athletics when your support sets the tone for the future of Boise State.”

There’s a Mountain West team that ESPN’s Bill Connelly tabs as the most stable program in the country. Boise State plays that team. The Broncos also face No. 3. Connelly has ranked the stability of all 130 FBS teams for the 2021 season, based on coaching longevity, lack of roster churn and performance. No. 1: Wyoming. “Three close losses rendered Wyoming’s abbreviated 2020 campaign a frustrating one that finished with a 2-4 record,” writes Connelly. “But the Cowboys have one of the most reliable defenses in the Group of Five, Craig Bohl is entering his eighth year in Wyoming (and with a pretty steady staff), and virtually everyone from last season’s team is back. Bohl has proven to be one of the sport’s most celebrated culture-builders.” Is this the year stability translates into a title?

Oh, No. 2 on the list was somebody called Clemson, and No. 3 was none other than Oklahoma State. “Mike Gundy took over in Stillwater in 2005 and has led the Cowboys to unprecedented levels of sustained success,” Connelly writes. “He brings both coordinators back, and while they do have some key pieces to replace on offense, they’ve lost only eight players to the portal over the past year, which is tied for 25th-fewest. Connelly ranks Boise State No. 59 in stability. But hey, the Broncos have a new coach.

It was no-go for former Boise State star Derrick Alston Thursday night in the NBA Draft. Now it’s about finding a training camp. According to B.J. Rains of the Idaho Press, Alston had private workouts with 11 different NBA teams leading up to the draft. The influence of Alston’s dad will play a part in this process. Derrick Alston Sr. was drafted 33rd overall by the Philadelphia 76ers in 1994 and played two years in the NBA. He then played 16 seasons overseas. Of course, that was before the days of the G League. Alston Sr. is now head coach of the G League’s Westchester Knicks, so he’ll have a wide-ranging perspective for his son. Neemias Queta of Utah State was drafted—and higher than expected: No. 39 overall to the Sacramento Kings.

Two more Team Idaho entrants had their Summer Olympics experience Thursday night (Friday morning Tokyo time). Former Boise State sprinter Jordin Andrade ran a personal best of 50.64 seconds in the men’s 400-meter hurdles, but he finished seventh in his heat and did not advance to the semifinals. Former Idaho Vandal Liga Velvere of Latvia started in the women’s 800 meters but pulled out with an injury about 50 meters into her heat. Former Lewis-Clark State distance runner Sam Atkin, representing Great Britain, was entered in the men’s10,000-meters this morning.

The Boise Hawks, trailing 10-6 in the sixth inning, scored seven unanswered runs the rest of the way to blow past Idaho Falls 13-10 Thursday night at Memorial Stadium. The clincher was a two-run triple by Brock Burton in the bottom of the eighth. Boise improved to 5-6 in the Pioneer League’s second half standings. One of the Hawks’ most prominent alumns, Kris Bryant, was not in the lineup Thursday night for the Chicago Cubs. Speculation is that he’s played his last game for the Cubbies after 6½ seasons, with something bound to happen before the trade deadline Saturday at 2 p.m. (our time).

July 30, 1959: Future Hall of Famer Willie McCovey makes a dramatic debut in the major leagues when he goes 4-for-4 with two triples against another future Hall of Famer, Robin Roberts, to spark the Giants to a 7-2 win over the Phillies at old Seals Stadium. McCovey would play in only 52 games that season due to his late call-up, but he’d hit his first 13 home runs and be voted the National League Rookie of the Year. After 508 more homers, McCovey retired midway through the 1980 season. 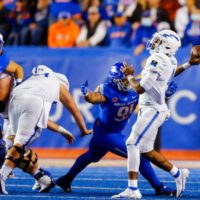 The Bronco effect on other teams’ seasons 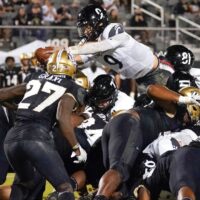