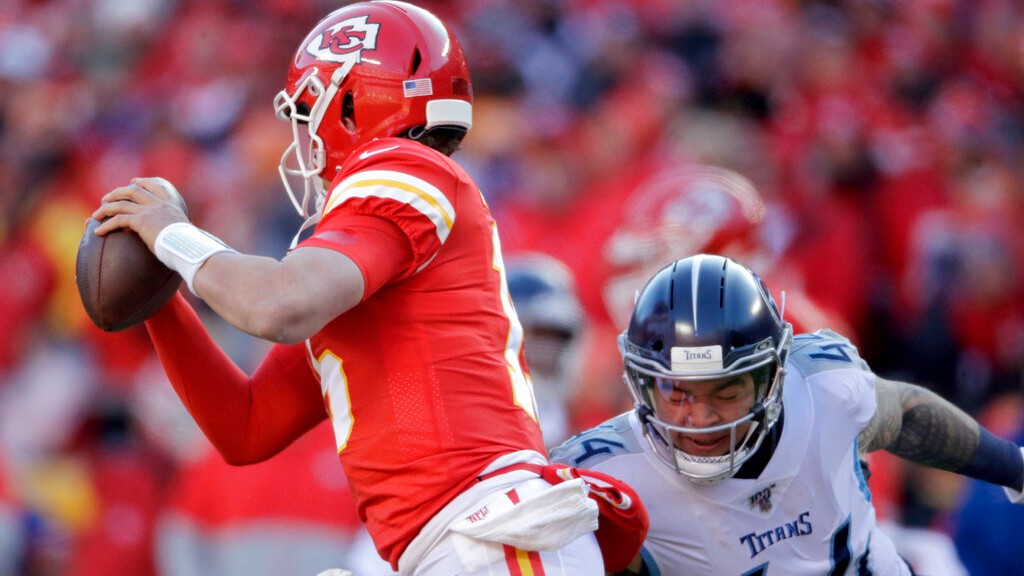 When I saw the news on Kamalei Correa signing with the Kansas City Chiefs, it got me thinking. Boise State has had 17 players taken over the first three rounds of the NFL Draft this century. And how many of them have had long, productive NFL careers commensurate with their draft status? The only one of the Broncos’ five first-rounders who fills that bill is Ryan Clady. Second-rounders DeMarcus Lawrence and Daryn Colledge and third-rounder Tyrone Crawford should be included. The jury’s still out on first-rounder Leighton Vander Esch, second-rounder Ezra Cleveland and third-rounder Alexander Mattison.

Correa was taken in the second round by Baltimore in 2016. He moved on to Tennessee in 2018, and after a stellar performance in the NFL Playoffs two years ago, it looked like Correa might be hitting full stride. But he was traded last season to Jacksonville, where he started six games and made seven tackles before going on the reserve/left squad list in December. The Jaguars released Correa in February. With the Chiefs, he’ll be playing for his fourth team in six seasons if he makes the roster. We’d like to think the jury is still out on Correa, but he has only 84 career tackles. C’mon, Kamalei.

LENO LINING UP NEXT TO BATES?

The Washington Football team is interviewing Charles Leno Jr. Monday, and Leno will be interviewing the WFT. Leno is going to have options as he shops himself around for a new left tackle job after being released post-draft by the Chicago Bears. ProFootballTalk.com notes that “Washington has made improving the offensive line a priority this offseason, trading for starting guard Ereck Flowers and selecting tackle Samuel Cosmi in the second round” last Friday. Leno would step in and start right away, maybe while lined up next to fellow Boise State alum John Bates, while Cosmi could spend his rookie year as a backup. Leno would be a heckuva mentor, having started 93 consecutive games for the Bears.

MORE ROOM AT THE CFP INN?

A lot of us media types have met Bill Hancock, executive director of the College Football Playoff, at Mountain West Media Days in past years. With a disarming smile, Hancock would always explain that the CFP is happy with a field of four and saw no need to expand. Now that the CFP management committee has floated the idea of expansion, Hancock says, well, not before the 2023 season. TheAthletic.com surveyed readers and received more than 3,000 responses. The overwhelming majority is in favor of expansion, and among those people, 48 percent say the field should go to eight and 17 percent say 12. The vast majority also says the regular season should be reduced to 11 games to make room for extra playoff games and—whether it’s eight teams or 12—any games before the semifinals should be played on campus.

MERRITT PICKS IT UP AT THE END

It was a steady round (not spectacular) for Troy Merritt as the Wells Fargo Championship opened Thursday at Quail Hollow in Charlotte. Merritt strung together 14 pars in 16 holes but was saddled with a double-bogey on the first nine. The former Boise State star was even going into the final two holes and birdied both of them to finish at one-under 70. The big news out of the Wells Fargo is the tournament’s leader. Fifty-year-old Phil Mickelson fired a seven-under 64 Thursday and is up by two strokes after the first round. Mickelson’s last win was in the 2019 AT&T Pebble Beach Pro-Am.

The Boise State women’s softball team tries to get back to .500 on the season—and preserve its winning record in the Mountain West—in a three-game series at Fresno State this weekend. It’s a tough assignment, as the Bulldogs are the conference’s first-place squad. College of Idaho’s softball team, which has jumped eight spots all the way to No. 15 in the NAIA rankings, begins the Cascade Conference Tournament today as the second seed. The Coyotes will open against the winner of the first game of the day between Oregon Tech and Warner Pacific in Ashland, OR.

Northwest Nazarene women’s softball, the Great Northwest Athletic Conference regular season champion, began GNAC Tournament play Thursday with a 2-1 win over Western Oregon in Monmouth, OR. The Nighthawks advance today versus Western Washington. And the NNU baseball split a twin bill with Biola Thursday in Nampa, with two more games set today. The Nighthawks are in rarified air, ranked No. 6 In Division II by the Baseball Writers and No. 17 by Collegiate Baseball News. NNU is 28-6 overall and 21-3 in GNAC play—the loss in Game 1 Thursday snapped an eight-game winning streak.

May 7, 2016, five years ago today: At the age of 42, New York Mets pitcher Bartolo Colon becomes the oldest player ever to hit his first major league home run when he connects off the Padres’ James Shields in San Diego. Some called it the most unlikely home run in baseball history. The portly Colon’s home run trot had to be one of the longest in history, too, timed at 30 seconds. When he returned to the dugout, his teammates were hiding in the tunnel before coming out to mob him. Oh, and Colon improved to 3-1 on the season in the Mets’ 6-3 win.

Close games, a horse, and a piano player