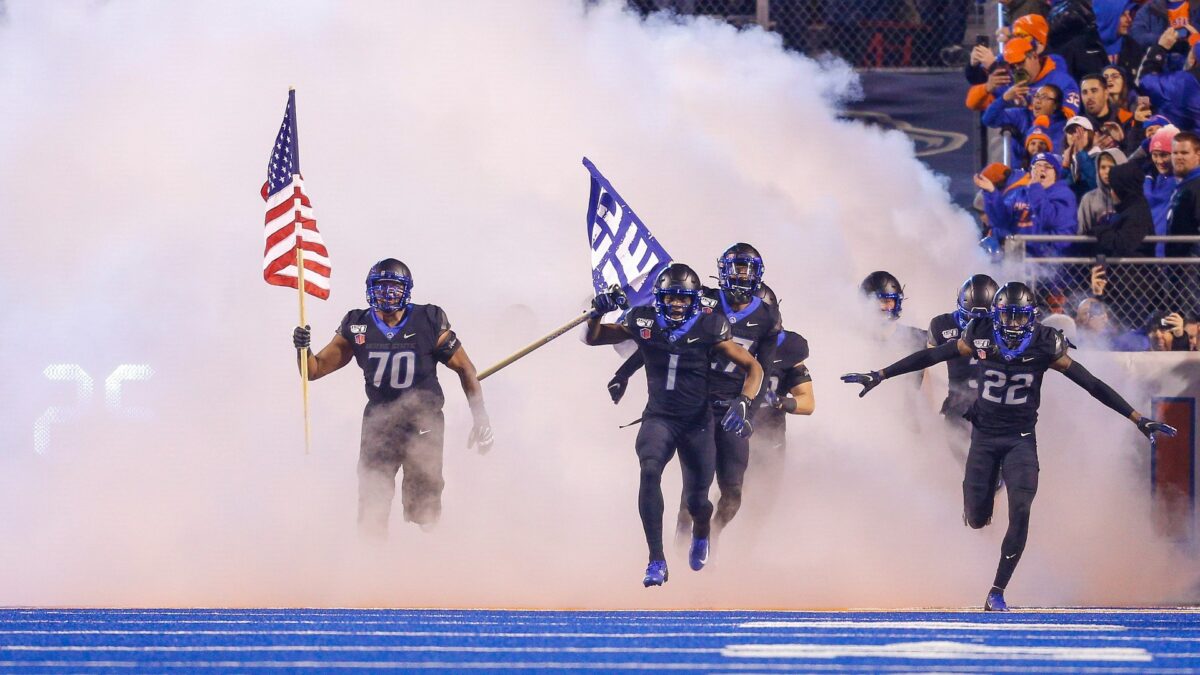 It’s Game Week for Boise State. As the dog days of August stretched into September, we didn’t think it would really happen. But the Broncos are set to host Utah State on the blue turf this Saturday night. Albertsons Stadium will be empty—understandable at a time when Idaho’s COVID-19 numbers continue on the incline. You’d think, though, that Boise State could figure out a way to safely spread out a few hundred parents of players and coaches in a 36,387-seat facility. Especially when Central District Health gave Spectra Productions the go-ahead for its fall shows at Expo Idaho. But as Jay Tust and I discussed last night on KTVB, Boise State just wants to get this game in without a hitch and play it from there, because there’s no guarantee there’ll be eight of these by mid-December.

CALCULATED WITH BLINDERS ON

Boise State has been established as a 14½-point favorite over Utah State Saturday by BetMGM.com. But how are they to figure that out? All anybody knows of the Broncos is from video clips of practice and soundbites from coaches and players. We know nothing about injuries or the stars of fall camp. The depth chart released today will cast some light on that. And then there are the mysterious Aggies. Perhaps this factored in: Utah State hasn’t beaten Boise State on the blue turf since the Broncos’ woebegone 1996 debut season in Division I-A.

In his session with the media last week, Boise State cornerback Jalen Walker referred to a goal of grabbing more interceptions this year. That’s a team-wide mantra. The Broncos barely reached double-digits last year, with 10 picks. In 2018, they managed only seven interceptions. Boise State collected 15 in 2017, but the year before that was another epic seven-pick struggle. The days of ball-hawks Darian Thompson and Donte Deayon seem so long ago. In 2015, the duo’s senior year, the Broncos pulled in 22 interceptions. Split the difference between that season and last year, and Boise State would be in great shape, particularly in this COVID-shortened season.

INTERCEPTOR OF THE FUTURE

Boise State has its first cornerback commitment for the 2021 class, as Ore Adeyi tweeted his decision Sunday night. Adeyi is a 5-10, 175-pounder from Legacy High in Mansfield, TX, the same school that sent former All-Mountain West tackle Rees Odhiambo to the Broncos. Adeyi had upwards of 16 Division I offers, including one from Princeton, according to 247 Sports. Guys with Ivy League offers are a good thing. He’s Boise State’s 16th commitment for the upcoming class and the fifth out of Texas. The recruiting process for the Broncos has been slow but sure, and now they’re within percentage points of the Mountain West’s top ranking.

Alexander Mattison was the spotlight guy among former Boise State stars going into Sunday’s NFL games, but Jeremy McNichols essentially stole the show. McNichols notched a career-high for the second straight week with 51 yards on just five carries in Tennessee’s 42-36 overtime win over Houston. He also had one catch for nine yards, and that came in the final seconds, setting up Ryan Tannehill’s tying touchdown pass to A.J. Brown. In the OT, McNichols ripped off a 17-yard gain to set the Titans up at the Texans’ 10-yard line—Derrick Henry scored the winning TD two plays later.

Meanwhile, Mattison got his first NFL start for Minnesota against Atlanta. But the Falcons, rejuvenated after the firing of coach Dan Quinn, bottled Mattison up to the tune of 26 yards on 10 carries. Former Bronco Ezra Cleveland also had his first NFL start at right guard for the Vikings. Cleveland had a middling day on an offense that had no mojo, with Kirk Cousins throwing three first-half interceptions. Cleveland was replacing the injured Dru Samia.

Fresno State wrestling, which was brought back to campus amid much fanfare in 2018, has suffered a fate similar to that of Boise State baseball. The Bulldogs have axed wrestling, men’s tennis and women’s lacrosse due to the severe decline in revenue from the impact of the coronavirus pandemic. Fresno State men’s tennis was coached by former Boise State star and assistant coach Luke Shields, who had guided the program for four seasons. The cuts are expected to save the university, which still sponsors 18 sports, more than $2.5 million a year.

October 19, 1974: What would have been the greatest comeback in Boise State football history falls just short in a 37-35 loss at UNLV. The Rebels, behind All-America running back Mike Thomas, raced out to a 30-6 halftime lead and upped it to 37-6 early in the third quarter. Bronco quarterback Jim McMillan brought Boise State back, throwing for a record 454 yards that night. It’s still the seventh-highest total in school history. His favorite target was Mike Holton, who had a record 252 yards receiving. The Broncos’ final surge was stopped by an interception at UNLV’s 17-yard-line. 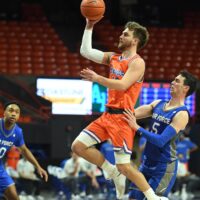 What can the Broncos do at USU?