Who’d a thunk that the MAC would be the first domino in what could be a wholesale shift in the landscape of the college football season the next couple of days? At the very least, the decision by the conference to forego football in the fall and try again in the spring casts further doubt on the 2020 Famous Idaho Potato Bowl. This was to be the 10th year of the MAC’s affiliation with the Boise bowl, but now just the Mountain West slot is filled, and we could be days—if not hours—away from that one evaporating, too, as sources told ESPN that commissioners of the Power 5 conferences held an emergency meeting on Sunday to discuss the wisdom of playing college football this fall in the increasingly difficult reality of the coronavirus pandemic. We may be looking at spring.

REGGIE BUSH ON THE BRONCOS

We need something positive today, and Reggie Bush provided it over the weekend for Boise State fans. In discussing the Fox Sports Top 25 “notable honorable mentions, Bush was a Broncos booster. “If you have a returning system—a returning quarterback, things like that—you are better suited; you are better prepared for the season,” said Bush. “So that’s what Boise has. Hank Bachmeier’s comin’ back. He looked good before he got injured.” Bush also cited running back George Holani and wide receiver Khalil Shakir as reasons he likes Boise State. “Boise is always a scrappy team,” said the former USC and NFL star. Bush was asked if he would have like to run on the blue turf during his playing days. “I would have loved to run on that blue smurf turf, man,” he grinned. “And I think I would have looked really fast on that turf.”

The Mountain West has its plan for the 2020 football season (although it may be a moot point imminently). Is everybody going to be aboard anyway? Hawaii suspended the start of fall camp indefinitely Friday—at the same time the state of Hawaii was locking down again, closing all Oahu beaches and parks. The Rainbow Warriors are scheduled to open the season September 26 against Robert Morris, which is one of the dwindling number of FCS schools still planning to play this fall. Fresno State has already wondered aloud whether it will be playing, as the San Joaquin Valley is a coronavirus hot spot (even worse than the Treasure Valley). San Diego State and San Jose State are shaky,too.

‘HIDDEN IN PLAIN SIGHT’ AT CSU

The emerging train wreck that is Colorado State football got worse on Friday. CSU had already been iunder a cloud for an alleged coverup of COVID-19 test results and failure to follow safety guidelines. Allegations of racism and intimidation on new coach Steve Adazzio’s watch added to the drama. CSU athletic director Joe Parker then suspended all football-related activities indefinitely and asked university president Joyce McConnell to expand a recently announced investigation into the athletic department. A separate group of players and members of the coach staff shared a statement on Twitter Saturday in support of Addazio. But the Coloradoan newspaper stands by its investigation in a story headlined, “Hidden in plain sight.”

THE INK HAS HARDLY DRIED AT IDAHO

Idaho’s hopes of playing a few games this fall hardly made it through one 24-hour news cycle. After the Big Sky postponed its football season until spring 2021, the Vandals said they’re not giving up on getting something in this fall. Said Idaho athletic director Terry Gawlik: “Our testing here at the University of Idaho is set up to meet or exceed the recommendations provided by the NCAA. Pending further review, we will be exploring the option of playing non-conference games this fall.” That “further review,” unfortunately, may be happening as we speak. It might be a blessing in disguise. You know that players would put a season’s worth of effort into preparation. And they’d get a maximum of three games out of it?

Coming off a victory in the Idaho Men’s Amateur, Boise State’s Hugo Townsend opens play today in the 120th U.S. Amateur in Bandon, OR. The berth is based on Townsend’s standing in the World Amateur Golf Rankings, where he’s moved up to No. 385 out of 6,600 golfers on the list. The junior from Boden, Sweden will compete in stroke play today and Tuesday, with the top 64 golfers advancing to match play on the famed Bandon Dunes Resort on the Oregon Coast. Townsend captured the State Am by erasing a three-stroke deficit over the last seven holes in the final round two weeks ago.

August 10, 2016: One day shy of her 43rd birthday, Boise cyclist Kristin Armstrong wins her third straight gold medal in the women’s time trial at the Rio Olympics, mounting a fierce sprint into a headwind to overcome a 2.2-second deficit and win by 5.5 seconds. Weeks earlier, she had survived an arbitration attempt by two rivals through USA Cycling to bump her off the Olympic team. Armstrong, the oldest cyclist ever to win a gold medal, retired as the most decorated athlete in U.S. Olympic cycling history. She and speed skater Bonnie Blair are the only female athletes ever to win the same event in three consecutive Olympics. 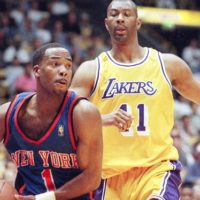