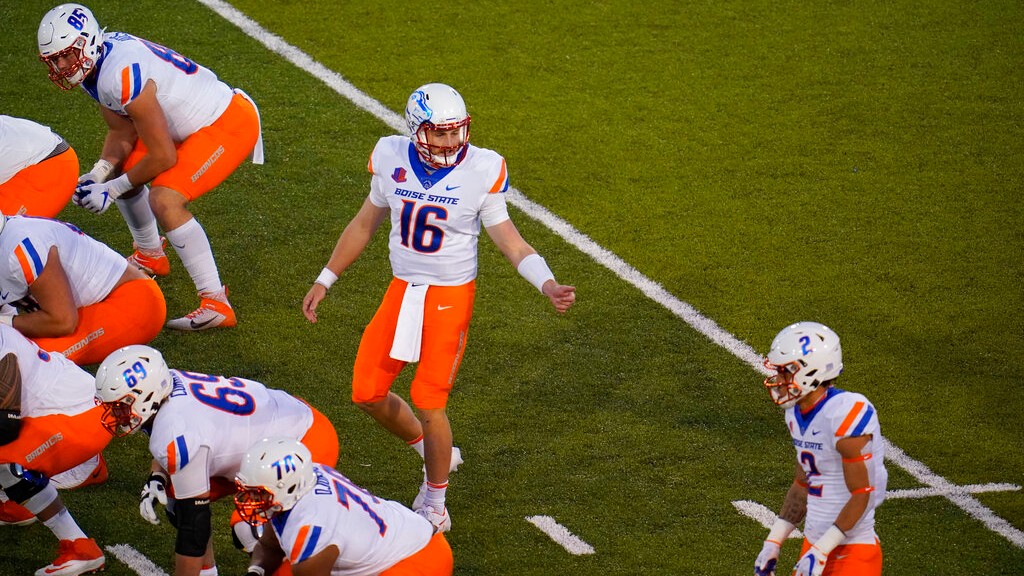 You wouldn’t think that a Spring Game (which is more of a scrimmage) would reveal much about a team’s new offensive scheme. But coach Andy Avalos says fans can expect to be entertained by the offense the Broncos are plugging in Saturday afternoon on the blue turf. “There’s an opportunity to play at different speeds,” said Avalos. When the installation is complete, Avalos said, there will not be “as much substituting in and out,” but they’ll still have the traditional shifts and motions. It’ll just be at a fast pace. The ultimate goal is “an explosive offense with precision.” Not that offensive coordinator Tim Plough’s attack will resemble this, but 10 years ago it seemed that whenever Boise State went no-huddle with Kellen Moore, it was scary. For the other guys. It’ll be great to get at least a glimpse of the 2021 version.

KEEP AN EYE ON…

Every hard-core Boise State fan has a depth chart in his or her head—in pencil. But there’s a lot of talent nearing permanent-marker status on defense. That Avalos pointed these guys out specifically as spring standouts the other day only reaffirms that going into tomorrow’s Spring Game on the blue turf. Scott Matlock and Scale Igiehon are obvious at the tackle spots. At safety, JL Skinner and Tyreque Jones appear to have separation. “They’re difference-makers,” said Avalos. Skinner made the only in-the-heat-of-battle interception of the season for the Broncos in 2020, returning a pick against Colorado State 21 yards to set up a Boise State touchdown. He was fourth on the team in tackles with 37.

CAN YOU KEEP SCORE?

Boise State doesn’t have enough numbers this spring to divide into two teams and play a typical game Saturday, so it’ll be four eight-minutes quarters of offense against defense. Offensive scoring will be standard, with the exception of one point added for “explosive plays,” a completion of 16-plus yards and a run of 12-plus. The defense can score in myriad ways. Among them: three points for a turnover or fourth-down stop, two points for a three-and-out or a sack, and four points for holding the offense to a field goal attempt in the red zone. (Heck, they should get 10 for a turnover.)

C OF I, SEVEN YEARS LATER

When College of Idaho rebooted football for the 2014 season after a 37-year hiatus, there were some perfectly understandable growing pains. The biggest one came against Carroll College, which was just four years removed from the last of its six NAIA national championships in the 21st century. The Coyotes were humbled 69-12 that day. Well, the playing field has leveled since then, and the Yotes have won three straight over the Saints, including in 47-12 conquest in 2019 in Helena. That’s where they are Saturday, with the Frontier Conference title on the line. If C of I wins, it has the crown outright. If Carroll wins, the tiebreaker carousel is activated.

It’s Round 2 between Idaho and Eastern Washington Saturday, this time in Cheney. The Vandals will be hard-pressed to recreate the result of the first one, the thrilling 28-21 UI win on Opening Day February 27 in the Kibbie Dome. The Eagles have not lost since and are now No. 9 in the FCS Top 25, and it’s largely because of quarterback Eric Barriere, who’s third in the nation in passing yards with 1,890 (an average of 378 per game) and has thrown for 16 touchdowns against six interceptions. The Vandals could really use a full-strength Mike Beaudry at QB, but there’s no official word on his status yet. Beaudry did get in during last week’s loss at Idaho State, going 5-of-9 for 50 yards. Elsewhere, ISU wraps up the spring season with its rematch against Weber State Saturday in Ogden.

HISTORY FOR A FORMER STEELIE

This feat alone makes Jack Campbell the most successful former Idaho Steelheads goalie ever in the NHL. With a 3-2 win over Montreal Wednesday night, Campbell set a Toronto team record with his 10th straight victory. That accounts for every game he’s played with the Maple Leafs this season. Considering that Toronto is one of the NHL’s Original Six, that is quite a record. Campbell was a Steelhead for parts of two seasons from 2014-16, going 19-7-1. He’s also played for the Dallas Stars and L.A. Kings in the NHL and has a career record of 33-27-6. The Stars took Campbell as the 11th overall pick of the 2010 NHL Draft.

Boise State made it official Thursday, announcing the signing of Mandy Simpson to the women’s basketball program. I detailed the former Boise High star’s numbers at Oklahoma on Monday, but three big games stand out during her junior year with the Sooners. Simpson recorded her first career double-double in OU’s win over No. 25 LSU, scoring 18 points with 10 rebounds. At Texas Tech, she tallied a career-high 19 points with nine boards and six assists. And at Kansas, Simpson posted an unconventional double-double with 10 rebounds and 12 assists—the latter number was the eighth-best mark in Oklahoma history.

April 9, 2006, 15 years ago today: Phil Mickelson wins his third major in three years—and his second Green Jacket—with a championship in the 70th edition of the Masters. That propelled him to No. 2 in the World Golf Rankings behind Tiger Woods. Mickelson has never made it to No. 1. Lefty would win the Masters a third time in 2010. He’s also been victorious in one British Open and one PGA Championship, but he has yet to win the U.S. Open. 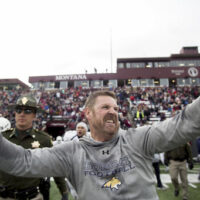 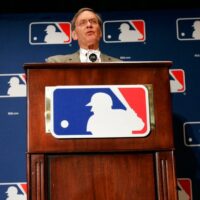 This Day In Sports: Shedding some light on the Steroids Era 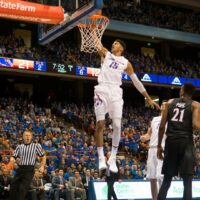