Boise State’s “Golden Era” that started in 1999 may be on the wane, but that doesn’t mean another can’t be around the corner. Take a couple of the College Football Playoff’s lead candidates, for example: Alabama and Notre Dame. Boise State can be considered on a par with those programs in a modern Group of Five kind of way. The Broncos are still, after all, the winningest college football team in the new century and will have a winning season this year regardless. The Crimson Tide had a losing season as recently as 2006 (and another three years before that). The Fighting Irish were .500 as recently as 2009 and had a losing campaign two seasons before that. Is the Boise State program going to regain greatness like those others? It is at a crossroads now, as 7-4 is not great. But the infrastructure is established.

Not that it will make anyone feel any better, but upon further review, it hasn’t been as long as we thought since Boise State lost at home in consecutive weeks. The last time was actually 1993, when the Broncos fell to Eastern Washington, Montana State and Idaho in the final three games of the season. That was in Pokey Allen’s first year, and Boise State finished 3-8, at that time its worst season ever. It was a wild offseason—Allen retooled the roster, and the Broncos made it to the Division I-AA national championship in 1994.

Let’s go for another positive paragraph today and talk about linebacker Tanner Vallejo. First, we get past the negative. There was a perception that Vallejo was responsible for the long bombs that Air Force hit in the passing game last Friday, because he was the chaser on virtually every play. But that’s because Vallejo was in the best position to chase, unlike whichever player was actually assigned to the receiver. When Jalen Robinette glided into the end zone ahead of Vallejo with his 67-yard touchdown reception, well, there was your first clue. Robinette is a wide receiver. He wasn’t Vallejo’s man. So on to the positive: Vallejo led the Broncos with 15 tackles and forced the fumble on the Falcons’ first play from scrimmage that could have opened the floodgates for Boise State, but didn’t. He’s as good as he ever was.

Former Boise State athletic director Mark Coyle is already up to his ears in alligators in his new job at Syracuse. Coyle has fired Orangemen head football coach Scott Shafer, effective after this Saturday’s season finale against Boston College. Shafer was promoted from defensive coordinator after the 2012 season when Doug Marrone went to the NFL. But Syracuse has lost eight games in a row, and Shafer’s defense has given up at least 37 points in six of its past seven games. Life in the big-top.

Doug Martin as NFL rushing champion? One year after being vilified for inconsistency—and then seeing Tampa Bay decline his fifth-year option? It’s possible. The former Boise State star ripped through the Philadelphia for 235 yards Sunday and is now second in the NFL behind Minnesota’s Adrian Peterson with 941 rushing yards (Peterson has 1,006). Through 10 games, Martin is averaging five yards per carry, the third most among backs with 100 or more attempts. He has had 10 runs of 20 yards or more, tops in the NFL, and is third in the league with three rushes of 40-plus yards. Martin is playing himself into some big money—with the Buccaneers or somebody else.

Conventional wisdom said Concordia University would be outmanned last night in Taco Bell Arena. Boise State followed up with a 100-53 victory, forcing 22 turnovers and piling up an absurd advantage on the boards. The Broncos out-rebounded the Cavaliers 47-20, including 18 on the offensive glass. One player of note was Lonnie Jackson, the Boston College transfer known for his three-point marksmanship. Jackson finally hit his first trey as a Bronco midway through the second half and connected on two more down the stretch, finishing with 15 points. Anthony Drmic was held out by coach Leon Rice due to a tender knee after Arizona seven-footer Kaleb Tarczewski fell on top of the Aussie last Thursday in Tucson. Drmic is expected to be ready to go for the Wooden Legacy on Thanksgiving Day.

The attendance last night was 3,397. Not bad. It’s tough drawing fans on a Monday night against an unknown opponent. Concordia was a rival of College of Idaho in the NAIA’s Cascade Conference until last year. The Cavaliers are in year two of a three-year transition period to NCAA Division II and are now a rival of NNU in the Great Northwest Athletic Conference. Scheduling is tricky for the Broncos. On his Learfield Sports postgame show on KBOI after the loss at Arizona last Thursday and again on Friday’s football pregame, Boise State coach Leon Rice said Wildcat coach Shawn Miller indicated he’d entertain booking a series with the Broncos that would include a trip to Boise. Miller has coached in Taco Bell Arena once before—in the NCAA Tournament with Xavier in 2009.

There’s even more intrigue in the second leg of the United Heritage Mayors’ Cup tonight than there was in the first. College of Idaho and Northwest Nazarene meet for the 200th time at Caldwell’s J.A. Albertson Activities Center, where the Coyotes just saw their 37-game home winning streak ended by NCAA Division II power Metro State Saturday night, 55-45. The Yotes gave up an amazing 23 offensive rebounds in that one. C of I is also trying to avenge NNU’s 100-96 overtime victory in Game 1 of the Mayors’ Cup two weeks ago in Nampa. The Yotes-Crusaders series is the oldest basketball rivalry in the state, dating back to 1933.

The Idaho Stampede are back on the road tonight, all the way to upstate New York to face the Westchester Knicks for the first time in franchise history. The Knicks are 4-0 and sit atop the D-League’s Atlantic Division. One of the assistants on the Westchester bench is Coby Karl, the former Stampede and Boise State star and son of Sacramento Kings coach George Karl. This is Coby’s first coaching job after eight seasons as a player in the pros.

Walter Alston signs a one-year contract to manage the Brooklyn Dodgers, the first of 23 consecutive one-year contracts Alston would sign. Former manager Charlie Dressen was fired despite winning the National League pennant in ‘53—because he asked for a multi-year contract. Alston would lead the Dodgers to seven World Series in Brooklyn and Los Angeles, winning four of them. Tommy Lasorda replaced Alston in 1977 and lasted until 1996—two managers for the Dodgers in 43 years. The franchise has had eight since, including newly-named skipper Dave Roberts. 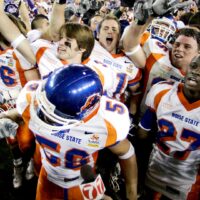 Time flies—Senior Night is upon us 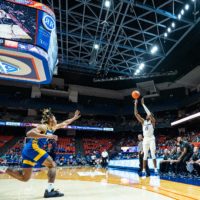 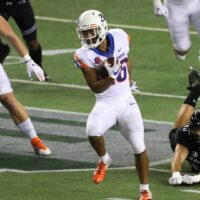