It’s still early November in Bryan Harsin’s third season, and the he’s already going for his 30th win as head coach at Boise State when the Broncos face Hawaii Saturday. That’s hard to do, even though predecessors Chris Petersen and Dan Hawkin, made it look easy. How many coaches win at an 80.5 percent clip? Harsin, who turned 40 last week, is evidence that the Boise State coaching tree keeps branching successfully. It started in 1998 with Dirk Koetter, who won 26 games in three seasons. Hawkins reached his 30th Bronco victory in his 36th game, one ahead of the pace Harsin’s on right now. Coach Pete’s 30th win came in his 33rd game. There have been numerous Group of 5 flashes in the pan in the new century. The only school that’s been able to sustain success is Boise State. And it’s thanks to continuity.

It’s going to be interesting to see how Jake Roh has been re-integrated into the Boise State offense down the stretch. The junior tight end came into last Friday’s San Jose State game with just one catch for three yards this season. Roh logged two receptions for 20 yards versus the Spartans. Innocent enough. But the first one covered 16 yards at the end of the third quarter one play before Brett Rypien’s 36-yard touchdown pass to Cedrick Wilson. The other came later, a four-yarder on a third-and-three when SJSU was still very much in the game. “He’s just getting more and more healthy,” said coach Bryan Harsin, who cited confidence as a key factor moving forward. “Jake had a knee issue—now he has his strength and agility back. He’s not only a good football player, he’s also very savvy.”

Every week, USA Today goes through a “1-128 re-rank” in college football, and it may make the most sense of anything out there. It’s a “what have you done for me lately?” list. Boise State is still in this top 25 at No. 17, with Western Michigan at No. 8 and Washington State No. 19. What stands out is San Diego State occupying the No. 11 position. “Finally,” say the Aztecs, who aren’t ranked in either of the major polls, nor the College Football Playoff rankings. Also of note in the USA Today re-rank, Idaho is No. 91 as it sits on the cusp of bowl eligibility. And Fresno State? The once-proud Bulldogs are third from last at No. 126.

Fresno State will try to dig itself out of this football mess by giving Jeff Tedford a try. The Bulldogs are set to introduce Tedford as their new head coach tomorrow. Tedford, a one-time Fresno State quarterback, revived the Cal program about 15 years ago and went 82-57 in 11 seasons in Berkeley. Now he’s tasked with doing the same thing for the Bulldogs, who are 1-8 and have gone 4-16 since falling to Boise State in the 2014 Mountain West championship game. Tedford is currently an “offensive consultant” for Coach Pete’s staff at Washington.

Washington State would seem to be worthy of more than the No. 23 spot in the College Football Playoff rankings. Hanging over the Cougars’ head is their Opening Night loss to FCS power Eastern Washington (their other loss, of course, was to No. 22 Boise State). Well, the Eagles will be hanging over the head of Idaho State Saturday in Cheney. This may not be pretty, as the Bengals have lost five in a row. The ISU offense did show signs of life in last week’s 62-44 loss at Montana, though. The Bengals rolled up 520 yards, with 361 of them coming through the air. Eastern, ranked No. 3 in the FCS, is capable of cooling those jets, coming in at 8-1 overall and 6-0 in the Big Sky.

Ryan Clady can’t catch a break from the injury bug. The highest draft pick in Boise State history is on the shelf again, placed on injured reserve yesterday by the New York Jets with a shoulder injury. Jets coach Todd Bowles said Clady has been playing with a torn rotator cuff since Week 3. The consensus is that the team won’t retain the 30-year-old left tackle, who would be owed $10 million by the Jets next year. Clady, in his ninth NFL season, was acquired in a trade with Denver in the offseason.

There was another season-ending trip to the IR by a former Boise State star yesterday. Rookie safety Darian Thompson, who’s been trying to rehab a foot injury since Week 2, returned to practice with the New York Giants last week but lasted just one session before the pain returned. Thompson consulted with a renowned foot specialist Tuesday, and they decided on surgery. The third-round draft pick had been off to a good start, making seven tackles over the first two games of the season.

Boise State men’s basketball commit Casdon Jardine officially signed his National Letter of Intent with the Broncos yesterday. Jardine has resumed his hoops career at College of Southern Idaho after returning from a two-year LDS mission. Jardine is a 6-7 forward who led Twin Falls to the 2014 Idaho 4A championship—he’ll have four years to use three seasons of eligibility. His older brother Brady is a former Utah State standout. Boise State opens its 2016-17 season with a home date against Northwest University Saturday in Taco Bell Arena. The NAIA Eagles are off to a 4-0 start. Elsewhere, former Bronco guard Montigo Alford (a former CSI Golden Eagle himself) has been waived by the D-League’s Reno Bighorns.

The floodgates opened early on the Idaho Steelheads last night in CenturyLink Arena. The Adirondack Thunder scored two first period goals—then, just to be symmetrical about it—went on to score two in the second and two more in the third. There must be a reason Adirondack is undefeated on the road this season. The Steelheads narrowed the margin to 4-3 with tallies in the second period by Travis Ewanyk, Joe Basaraba and Travis Walsh. But a goal by the Thunder 41 seconds into the third gave the visitors enough separation to carry them. Idaho and Adirondack resume their three-game series tomorrow night.

Nevada brings the top-ranked team in Division I-AA to Bronco Stadium to face Boise State. The Wolf Pack was no match for BSU on this day, as the high-powered Nevada offense was held to 218 yards in a 30-14 Bronco win. Bart Hull had one of the most interesting games ever: three carries, 10 yards…three touchdowns. The hockey guy had a TD hat trick. Boise State and Nevada would meet again four weeks later in the Division I-AA semi-finals in Reno, with Nevada prevailing 59-52 in the triple-overtime classic. 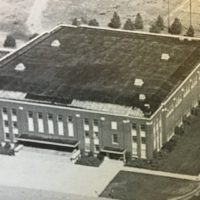 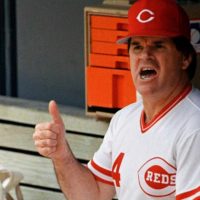 This Day In Sports: One of the last positives for Charlie Hustle

Into the unknown for the home stretch