It’s a tricky thing trying to predict the future. That’s why Las Vegas exists, right? Yesterday afternoon’s breaking news only magnified that. Here we are exactly two decades ago, with Houston Nutt, a high-energy Southerner, coming in from Murray State to take over the Boise State football program. Nutt only lasted one season before hopping a private jet in the middle of the night and taking what was then his dream job at Arkansas. He spent 10 years with the Razorbacks and four more at Ole Miss, and that’s where things get interesting. Rebels coach Hugh Freeze, who had been sued by Nutt last week for an alleged smear campaign, resigned yesterday after Nutt’s attorney uncovered a call to a female escort service in Freeze’s phone records. And apparently there was more misbehavior where that came from.

Nutt occupies a unique niche in Boise State football history. He went 4-7 in 1997, the Broncos’ last losing season. Included was the worst loss in school history, a 58-0 defeat at Rose Bowl-bound Washington State, after which Nutt declared how proud he was of his team. Boise State did play better down the stretch that season and finished with a 30-23 overtime win at Idaho, the Broncos’ first win in Moscow in 16 years. Nutt actually came along at the right time, as he was able to piece together a team that had been shattered by the death of coach Pokey Allen the previous year. I’ll always credit him with that. Not to forget that it was against Ole Miss and Freeze that Bryan Harsin coached his first game for Boise State in 2014.

Now that Tyler Rausa and Sean Wale are gone, it looks like Boise State’s kicking chores, both punting and placekicking, are in the hands of redshirt freshman Joel Velazquez. For a while, though, the Broncos had another punter in the fold this winter. His name was Brandon Heicklin, and he was set to join the squad as a preferred walk-on. Heicklen is now at rival San Diego State, but it’s really nobody’s fault. “My mom’s getting a kidney transplant and my dad’s the one giving my mom the kidney,” Heicklen said in the San Diego Union-Tribune. “They would have been out of commission, so I need to be there.” He enrolled at Boise State in January, tweeting that it was his “dream school.” But Heicklen had to withdraw at the end of the semester, and neither the Mountain West nor Boise State tried to block his transfer.

Because he was a walk-on with the Broncos, Heicklin will be immediately eligible to play for San Diego State. And the Aztecs had been looking for a punter. It looks like Heicklin, a sophomore from Woodland Hills, CA, will be stepping right in. He averaged 47.3 yards per punt for as a senior in high school and he posted 43.8 yards per boot two years ago at Santa Monica College before redshirting lst season.

Idaho’s exit strategy in the Sun Belt is to wreak some havoc this season before returning to the Big Sky next year. The Vandals, who enter the 2017 campaign on a five-game winning streak, were handed some fuel yesterday when they were picked to finish sixth in the Sun Belt preseason poll. They finished tied for third with a 6-2 record last fall and were 9-4 overall, their best season of the new century. Idaho coach Paul Petrino is unfazed. “We are going to build off our success from last year,” said Petrino. “We know this is a tough conference, but we are working hard to win another bowl game this season.” The Vandals were one of four Sun Belt teams to pocket a bowl victory last year. Appalachian State was picked to win the conference, and Troy, Boise State’s Opening Day opponent, was second in the poll.

Neil Graham had big shoes to fill when he replaced Brad Ralph as head coach of the Idaho Steelheads two years ago. But the ship is stable, and the Steelheads have extended Graham’s contract through the end of the 2018-19 season. He’s been part of the organization since 2012, when he joined the club as a player-assistant for Ralph. Graham then spent two more seasons as a full-time assistant before being elevated to the top. He has compiled a regular-season record of 81-46-17 and last season led the Steelies to 43 wins, their fifth-most of the ECHL era. Graham is just 32 years old.

For the second straight night, the Boise Hawks clubbed a second-inning home run, took an early lead, and saw a bullpen collapse that ended in defeat. Steven Linkous, who went 4-for-6 with four RBIs, hit a two-run homer, and by the middle of the sixth inning the Hawks had built a 9-3 lead at Everett. But the AquaSox exploded with a seven-run seventh inning—then held on for a 13-11 win. That may have sunk Boise’s chances of winning the first-half title in the Northwest League’s South Division. The Hawks are two games behind Hillsboro with three games to play before the mid-point.

Just like we figured, Gabby Barker was going to be a factor as she returned to the field for the 2017 Idaho Women’s Amateur. Barker, the 2013 and 2015 State Am champion, was just that yesterday, firing a two-under 70 in the first round at Ridgecrest in Nampa. The Texas Tech senior-to-be capped her day with a birdie on No. 18 to take a two-stroke lead over Tara Finigan of Laguna Niguel, CA, in the 54-hole event.

Six years after playing in the first Albertsons Boise Open, Tom Lehman hits the jackpot at the British Open. He became the first American to win an Open Championship on the Royal Lytham & St. Annes course since Bobby Jones 70 years earlier. Lehman topped Mark McCumber and another Boise Open alum, Ernie Els, by two shots. The title came in the middle of a three-year stretch in which Lehman led after 54 holes of the U.S. Open each year but faltered in the final round.

What the heck is a “TV market,” really? 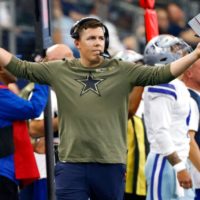