If Robert Mahone isn’t a Bronco the next time Boise State plays a football game—and there’s a good chance he won’t be—how does that shuffle the running backs room in the Bleymaier Football Center? Sophomore George Holani was the front-runner anyway as he seeks a second straight 1,000-yard season. But it would really elevate the status of junior Andrew Van Buren, who is still trying to gain traction in the Boise State backfield rotation. Van Buren has rushed for 430 career yards and four touchdowns. Sophomore Danny Smith could seize the opportunity, but he got into only two games last season. A name to watch moving forward would be Taequan Tyler, who signed in May out of Tyler Junior College in Texas. He’s an unknown, though, having rushed for just 313 yards and four touchdowns last season.

Boise State will be dealing with this at some point—until the remaining six FBS conferences still planning to play football this fall give up the ghost. Another big Mountain West name entered the transfer portal Tuesday: Colorado State tight end Trey McBride, a first-team all-conference pick last year. McBride logged 45 catches for 560 yards and four touchdowns last season. He was particularly tough against the Broncos in the final game of the regular season, a 31-24 Boise State win. McBride made nine grabs for 101 yards, including a 28-touchdown late in the third quarter that pulled CSU to within three points. It has been pointed out that the transfer portal isn’t an end-all—players can withdraw from it and be restored to a team’s roster if the school chooses. McBride and Fresno State’s Justin Rice can bide their time for a bit.

It’s never-say-die in Provo for the 2020 college football season. BYU has finalized plans to play Army on September 19 at West Point. The Cadets will return the game at Lavell Edwards Stadium in a year to be determined. Still, even with Army, the Cougars have only five games on their schedule, and prospects are slim for adding more. BYU insists it will fill it up, but the only Big 12 team that might have an open date is Baylor, and the slate of fellow independent Liberty is just about full at 10 games. The ACC reportedly has three teams that are in need of a nonconference game, but BYU is the only school in the West that still has a season planned, and opponents are going to be reticent to travel all that way during COVID-19. The Cougars are in their third week of fall camp.

Those websites and publications that rank all the FBS teams always go 130 deep. You’ll usually find a decent Mountain West team around No. 76—somebody like Fresno State. But this is 2020. CBSSports.com has ranked Nos. 1-76, representing the teams still playing this fall. The attrition has allowed Florida State, originally a Boise State opponent one month from today, to get into the top 25 at No. 22. BYU checks in at No. 40. It’s business as usual at the top, with Clemson and Alabama going 1-2. Four Group of 5 teams are in this top 25: Cincinnati, Memphis and UCF are Nos. 13-14-15, and Appalachian State is at 25. And (drum roll), No. 76 on the list is UTEP.

San Diego State is staring COVID-19 right in the face and putting the pedal down. SDSU held a groundbreaking ceremony Monday for its new 35,000 stadium in Mission Valley, where the stadium formerly known as Qualcomm currently sits. The university took ownership of the site last Thursday after paying $86.2 million for the property, a move approved by voters last November. Aztec Stadium will also feature new classroom facilities, a hotel, 95,000 square feet of retail space and a river park that will be publicly accessible. It is expected to open in time for the 2022 season.

NOT MUCH BITE LEFT IN ‘SHARK’

The longest-standing career of former Boise Hawks currently in the majors is that of Jeff Samardzija of the San Francisco Giants. It doesn’t seem that long ago that Samardzija was pitching at Memorial Stadium before departing for his senior year as a Notre Dame wide receiver. He’s nearing the end, though. In three starts, Samardzija allowed 15 earned runs in 13 innings before going on the 10-day injured list on August 8. He’s due to come off the list now, but all signs point to his stay lasting a lot longer. Samardzija, now 35, joined the Giants in 2016, two years after their last World Series title. He went 12-11 that season but has not had a winning record since. Samardzija is 80-106 in his big league career with a 4.14 ERA.

August 19, 1984: Lee Trevino, one of golf’s most popular all-time players, wins his second PGA Championship, the sixth and final major title of his career. Trevino finished 15-under for the tournament and became the first player ever to shoot under 70 in each of the four rounds of the PGA Championship. He is one of only four players to twice win the U.S. Open, British Open and PGA Championship. Trevino never won the Masters. 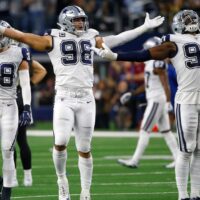 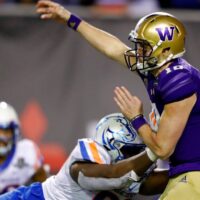