Boise State coach Bryan Harsin spent the first 10 minutes or so of his press conference yesterday running down a laundry list of things the Broncos need to improve. The obvious lead item going into Saturday’s showdown at Wyoming: “Turnovers gotta stop. It needs to change. We’re going to continue to emphasize it.” (That means getting them as well as giving them up.) Next: “We won the (BYU) game on special teams, and we hurt ourselves on special teams. That needs to end.” Harsin also bemoaned Boise State’s inconsistency on offense. Sometimes the Broncos look like world-beaters, and other times they tread water. Not a mention of being 7-0, and that’s a good thing. “There are ‘unacceptables,’ even if you win,” said Harsin.

The coach did have a caveat, though: “I will say this—we are a very tough team. With all the things we have to work on, I’ll take tough in the game of football every time.” At the heart of that is defensive end Sam McCaskill, who is finally a full-time starter as a senior. McCaskill was in on all 80 defensive snaps in the win over BYU. McCaskill’s final tour of duty as a Bronco currently totals 30 tackles, with 10.5 for loss and five sacks—and four all-important pass deflections.

If Gabe Perez didn’t have bad luck, he’d have no luck at all. Harsin reported that Perez’s season is over due to a shoulder injury—the other shoulder. “The one he repaired had been good,” said Harsin. The junior defensive end had to use a redshirt year last season to rehab his first shoulder injury—that after he played a key role on the 2014 Fiesta Bowl championship team. Perez was dinged up in the opener at Louisiana-Lafayette but continued to contribute, logging five tackles this season, one for loss. Two years ago, he made 29 tackles with 7.5 for loss and 3.5 sacks. Shoulder surgery for Perez will be scheduled soon.

A year ago, Wyoming beat Nevada. Last week, Wyoming beat Nevada. But last year the victory ended an 0-6 skid to the season. This season, the Cowboys improved to 5-2 overall and 3-0 in the Mountain West, setting up the showdown for the Mountain Division lead against Boise State. Here’s what you throw out the window this week: BSU is 10-0 all-time versus Wyoming and have won six games this decade by an average score of 46-12. “The Broncos have become the Cowboys’ white whale. Millennials may want to Google ‘Moby Dick’ to get that reference,” writes Scott Nulph in the Laramie Boomerang. “But why not embrace the possibilities? Revel in what might be, in the fact that the Cowboys, for the first time in however long you want to categorize it, are part of a meaningful college football game.”

If Wyoming is going to upset Boise State, the Cowboys are going to have to tame Brett Rypien and the Bronco passing game. There’s some concern about that after the Pokes allowed 300 yards through the air last week from Nevada’s backup quarterback, Ty Gangi. Rypien’s 442 yards passing against BYU was half-lost in the fact that he threw two pick-sixes. The yardage was the eighth-most in Boise State history. He now has 2,064 for the season. Rypien could do no wrong in the first quarter against the Cougars, throwing for 205 yards. His 76-yard touchdown throw to Jeremy McNichols may have been the prettiest of his career—in-stride and right on the button. Wyoming is 123rd in the country, allowing 299.4 passing yards per game.

But inquiring minds want to know. What will Rypien’s deep ball, a staple of his game this year, look like Saturday at 7,220-foot Laramie? The high is supposed to be 63, which sounds pretty good on the surface. But the National Weather Service forecast discussion for the weekend says, “We could see gusts 40 to 60 mph for elevations above 5500 ft potentially impacting travel across the I-80 and I-25 corridors at times.” Punts could be fun, too.

College of Idaho’s 2016 home finale is already here, as the Coyotes host No. 12 Eastern Oregon Saturday at Simplot Stadium. A nugget from last week’s win in overtime over Southern Oregon: the victory evened the Yotes’ all-time record at 272-272-28. As for turnovers, let’s just say C of I is doing better than its friends about 25 miles down I-84, especially in the interceptions department. The Yotes are third in the NAIA with 16 picks this season and have made an interception in nine consecutive games. Nate Moore’s game-changing pick last Saturday helped him earn NAIA National Defensive Player of the Week honors.

The former Boise Hawk who figured most into Game 1 of the World Series last night was not a Chicago Cub. Cleveland’s Brandon Guyer was credited with an RBI when he was hit by a Jon Lester pitch in the first inning. That gave the Indians a 2-0 lead. Later Guyer scored on Roberto Perez’s second home run of the night, a three-run eighth-inning shot that capped the Tribe’s 6-0 win. Ex-Hawk Kyle Schwarber did indeed serve as the Cubs’ designated hitter, playing in his first big league game since tearing two ligaments in his knee on April 7. Schwarber smacked a double in his second at-bat in the fourth inning.

The Boise State men’s basketball team has been drilling for almost a month now, and the Broncos are at the ol’ “time to play somebody else” stage. They get to do that Friday night when they host Lewis-Clark State in Taco Bell Arena. Coach Leon Rice will get a look at his new faces with the popcorn popping. One player everybody’s anxious to see is Justinian Jessup, the 2015 Colorado 4A Player of the Year. Jessup is familiar with Boise—his family lived here when he was in fourth and fifth grade. He played club ball for Bronco great Roberto Bergersen while he was here. Rice likes Jessup’s shooting skills, saying he’s “ahead of the curve” for a true freshman.

Intersectional hockey is adding some spice to the Idaho Steelheads schedule this season, and it begins tonight when the Reading Royals visit CenturyLink Arena. It’ll be Reading’s first game in Boise since January, 2009, when it split of pair of games with the Steelheads. The Royals have won two of the first three games. The player to watch for the Steelies is defenseman Joe Faust, who has two goals in four games with Idaho after scoring three goals in his first 72 career pro games. Faust has collected four points so far, tied for second amongst ECHL defensemen.

The American League beats the National League to expansion, agreeing to add teams from Washington, DC, and Los Angeles for the 1961 season. For the first time, the major leagues would have more than 16 teams when the newly-created Senators and the Los Angeles Angels began play. The existing Washington Senators had already announced a move to Minneapolis, where they would become the Minnesota Twins. The new Senators are now known as the Texas Rangers. 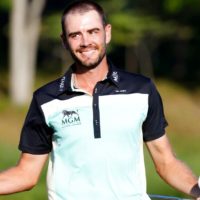 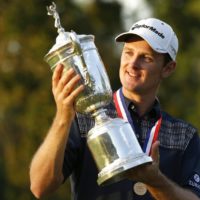 This Day In Sports: A Brit finally tops the board again