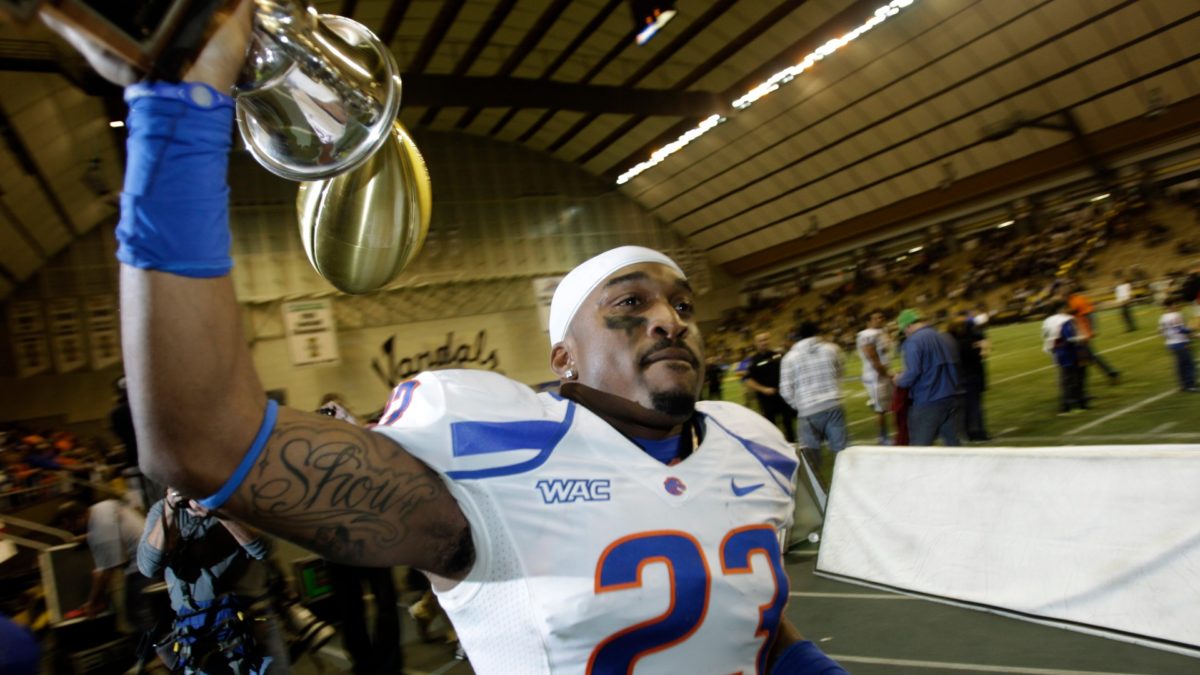 This one wasn’t because the guy didn’t do a good job, nor was it because he was so good that he was scooped by a larger program. “I’m stepping away to be a dad,” said Jeron Johnson when he announced Thursday he was leaving his position as Boise State cornerbacks coach. Now head coach Andy Avalos will try to find someone who can match Johnson’s passion for football and for the Broncos—someone players will look up to like they tend to do when being mentored by a six-year NFL veteran. Johnson was solid in coaching up the corners this season. It was especially evident when Markel Reed was lost for the year with a torn ACL after Game 5. Johnson took freshman Kaonohi Kaniho and made him a force. Boise State allowed just 12 touchdown passes in 2021, the fewest in Mountain West in 2021.

NEW SHADE OF BLUE FOR POPPINGA?

The word first came Thursday from Adam Rittenberg of ESPN, and it was well-received locally. Rittenberg tweeted that, according to a source, Boise State is set to hire Kelly Poppinga as a “defensive assistant.” Poppinga lost his spot as Virginia’s co-defensive coordinator and linebackers coach when head coach Bronco Mendenhall decided to retire at the end of this season. Poppinga knows the territory. He played at Utah State and BYU and has also coached not only at Virginia, but also for the Cougars, handling special teams and linebackers in both places. So Poppinga would be a good fit as Stacy Collins’ replacement with the Broncos. Poppinga was outside linebackers coach for the Cavaliers defense that held Boise State to just 30 yards rushing—with Alexander Mattison—in a 42-23 win on the blue turf in 2017.

Cedrick Wilson’s role with the Dallas Cowboys will ramp up a notch in the regular season finale Saturday night with fellow wide receiver Michael Gallup out due to a torn ACL. Wilson will get the start against Philadelphia. His role with the team is interesting anyway. With his 31-yard pass completion during a fourth-quarter touchdown drive last Sunday, the former Boise State star is now 5-for-5 passing over the past two seasons for 111 yards and a TD. In his two years as a Bronco, Wilson was similar, going 4-for-5 for 130 yards and a touchdown. Do you remember the TD pass? He hit Jeremy McNichols on a 61-yarder to open the scoring in a 21-10 win over Utah State in 2016 on the blue turf.

It’s days like Saturday that longtime Boise State followers fondly remember the 1980 and 1994 Division I-AA national championship games. They were like the Fiesta Bowl for the Broncos before the days of the FBS. So you know how Montana State fans feel as the Bobcats take on perennial juggernaut North Dakota State for the FCS championship in Frisco, TX. Some current Treasure Valley standouts feel the same way Cedric Minter, Kipp Bedard, Rick Woods and Larry Alder did 41 years ago. Former Mountain View quarterback Tucker Rovig, who started for MSU two years ago, is the No. 2 QB this season. Former Rocky Mountain star Zach Redd is a starter at right guard. And Redd is coached by Boise State Athletic Hall of Famer Nate Potter, the 2011 Consensus All-American left tackle out of Timberline.

NEXT UP? NOT SURE…

As it stands now, the Boise State men will have gone more than two weeks on the shelf before they take the floor again. It could be longer, of course. The Broncos’ next chance to play is next Tuesday night at Nevada, which has had its own COVID challenges. Those two teams will have to watch their originally-scheduled opponents Saturday, Colorado State and San Diego State (respectively), mix it up on CBS Saturday afternoon. Everybody’s favorite KenPom tracker, B.J. Rains of Bronco Nation News, notes that even while idle, Boise State has moved up to No. 48 in the respected computer rankings. It’s the Broncos’ highest KenPom rating since February of 2018, during Chandler Hutchison’s senior season. By the way, the Boise State women’s game tonight at Nevada was also postponed.

Elsewhere, everything at College of Idaho has been wiped out by opponents’ COVID problems except for the Coyotes men’s game tonight against Multnomah in the J.A. Albertson Activities Center. The Yotes men’s and women’s squads will both receive forfeit wins Saturday, as Warner Pacific had to cancel. And the women get a forfeit victory tonight for their Multnomah game. Up north, the Idaho Vandals men’s game against Montana State was played Thursday night, with the Bobcats winning 92-72, but no fans were allowed inside ICCU Arena. Part of that was due to the winter storm that socked Moscow during the day.

The Idaho Steelheads hope to not lose any more ground to Utah this weekend in the ECHL Mountain Division. With Wednesday night’s 2-1 win in Idaho Central Arena, the Grizzlies opened up a solid eight-point lead over the Steelheads in the standings. That spoiled a great effort by goaltender Jake Kupsky, who had made 33 saves in 34 attempts before a Utah goal won it with 1.7 seconds left. There’s still more than half of the season left—the Steelies are 29 games into the 72-game campaign, sporting a record of 16-12-1.

January 7, 2019: Two eminently familiar names in Idaho, Jake Plummer and Dennis Erickson, are announced as new inductees into the College Football Hall of Fame. Plummer, who grew up on Boise’s Hill Road and led Capital High to the 1991 state championship, was honored for his four years at Arizona State, capped by 1996 Pac-10 Player of the Year honors, an undefeated regular season and an appearance in the Rose Bowl. Erickson, who started his head coaching career at Idaho in 1982, went on to Wyoming, Washington State and Miami, where he won two national championships. He also coached college ball at Oregon State and Arizona State (with a one-year return to the Vandals in between). 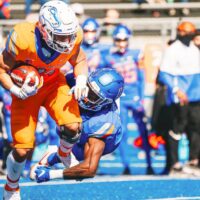 What we think we saw Saturday