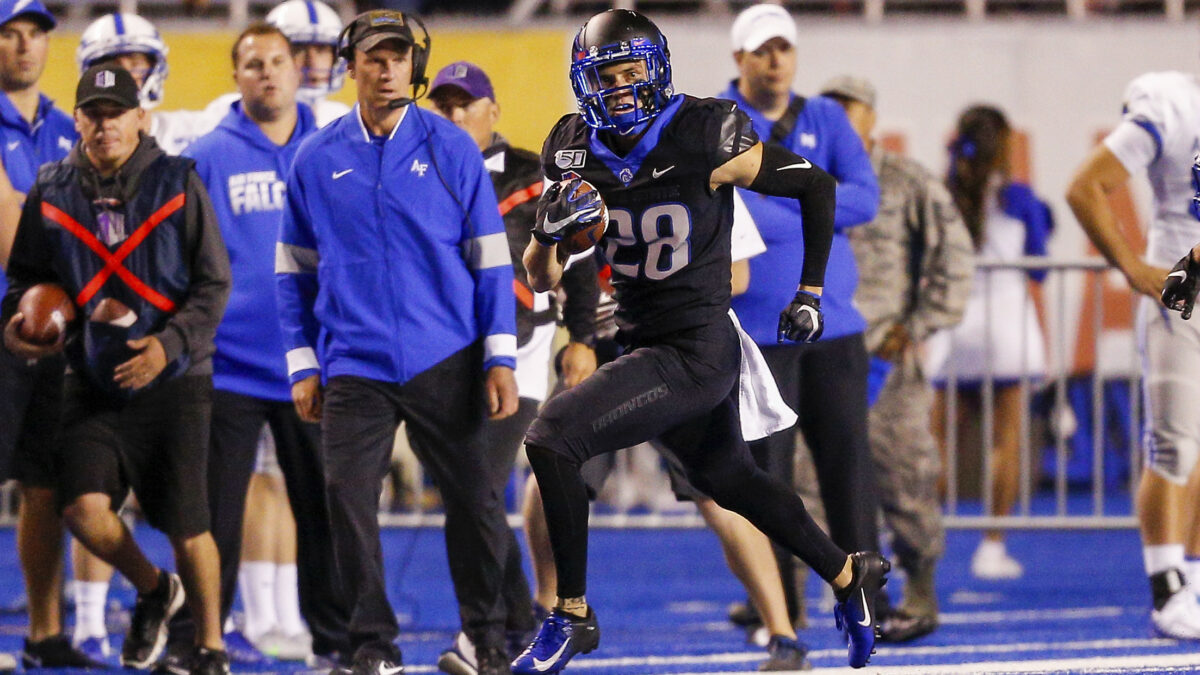 Kekaula Kaniho has always been a team-first guy for Boise State. Today we take that down a different path. Kaniho’s official position is nickel, but he can play any spot in the secondary. So with the Broncos having to replace two starting cornerbacks this season, could the star senior fill in there? “I don’t need to play cornerback,” Kaniho told me last week at Mountain West Media Days. He doesn’t say that because he wouldn’t want to. Kaniho is a mega-supporter of his teammates at corner. “There’s a lot of guys who have made great strides, even in leadership,” he said. “Honestly right now I couldn’t tell you who our starting corners will be—the guys there are practicing so well.” New secondary coach Jeron Johnson is all aboard with that. “I feel like there’s no fall-off at any place in our secondary,” said Johnson.

The first time we became aware of Boise State offensive lineman Jake Stetz, he was pressed into duty in an intense situation in the third quarter of the Florida State game two years ago. I mean, who was Jake Stetz? Not only was he a walk-on, he was just a regular ol’ Boise State student in 2016 before deciding to try out for the football team the following year. Stetz came on in Tallahassee when John Ojukwu was injured, and he helped the Broncos finish the job in a 36-31 victory. Now as a senior, Stetz finds himself on the 2021 Outland Trophy Watch List. The Outland goes to the best interior lineman in college football. Stetz was second-team All-Mountain West last season and is a preseason first-teamer this year. Could he take it all the way to the NFL? It’s not out of the question.

SPARTANS IN THE REDWOODS

Guess where San Jose State is going next week. Yes, the Spartans are headed back to Humboldt State, where they spent quality time last fall to avoid Santa Clara County’s rules banning sports practices and games amid the coronavirus. Maybe this time they’re just headed five hours north to Arcata for karma purposes, because it worked out pretty well for them last year—a first-ever Mountain West championship. But a major factor is the SJSU campus hosting the Silicon Valley Classic women’s pro tennis tournament next week. The Spartans will return August 10 and resume fall camp in San Jose. Incidentally, according to a release from Humboldt State, the Spartans team is “fully vaccinated” from the coaches to players to staff.

Boise State’s Derrick Alston Jr. is a longshot to be selected in the two rounds of the NBA Draft tonight. Then again, you never know. The Broncos’ Justinian Jessup was absent from most mock drafts a year ago, and he was chosen with the 51st overall pick by the Golden State Warriors. That made it two out of three years with a Boise State draftee, as Chandler Hutchison, now a Washington Wizard, was taken in the first round, 22nd overall, by the Chicago Bulls in 2018. The one Mountain West player most likely to be drafted tonight is Utah State center Neemias Queta, the 7-foot Portuguese behemoth.

A LONG FLIGHT FOR JAMES REID

One of the Boise State assistant coaches who helped develop Jessup, James Reid, is headed to the other end of the world. Olgun Uluc, an NBA and NBL reporter for ESPN, reports that Reid has been hired by the New Zealand Breakers, the only non-Aussie team in the National Basketball League Down Under. Reid played for the Broncos alongside Jessup, a current NBL player, before coaching him, and he followed NBL veteran Anthony Drmic. Reid was a sharpshooter off the bench for Boise State in 2016-17 after transferring from Arkansas-Little Rock, making 64 three-pointers while shooting 39 percent from deep.

A TIGHTLY-BUNCHED FRONTIER THIS YEAR

College of Idaho fall camp begins a week from Friday for what promises to be a wide-open season in the Frontier Conference. The Coyotes, who have won 20 of their last 22 games, are picked to finish second in the Frontier, tied with Montana Western. Rival Eastern Oregon picked to win it. During the abbreviated spring season, the Mountaineers, Yotes and Carroll College all finished 3-1, with Carroll winning the tiebreaker to advance to the NAIA Playoffs. C of I opens the season August 28 at MSU-Northern.

July 29, 2006, 15 years ago today: Boise’s biggest boxing card ever draws a disappointing 2,000 fans to see a past-his-prime Roy Jones Jr. win his comeback bout, a 12-round unanimous decision against Prince Badi Ajamu at Qwest Arena. It also marked the end of Kenny Keene’s career. The “Emmett Eliminator”, at the age of 38, lost to “King” Arthur Williams on a 10th-round TKO. Keene, arguably Idaho’s most popular boxer ever, finished with a record of 51-4. The Boise boxing scene virtually disappeared after that night. 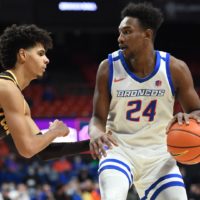