My takeaway from Mountain West Media Days: we could be missing something on the Boise State schedule. When people talk about the Broncos’ toughest game this season, you hear about Oklahoma State, or San Diego State, or Fresno State, or even Troy. Especially the Cowboys on September 15 in Stillwater. But it dawned on me—there’s a reason Wyoming is picked second behind Boise State in the Mountain Division. Those other Pokes aren’t Josh Allen’s team this year. They’re just defensive behemoths. And the Mountain West season opens with a showdown between Boise State and Wyoming September 29. “They have a great program; they believe they can win,” said Cowboys coach Craig Bohl. “I know this—we believe we can win.” And he added, “I’m glad the game’s in Laramie. That’s important.”

Wyoming safety Andrew Wingard, the Preseason Mountain West Defensive Player of the Year, is all about the conference opener against Boise State. Wingard has relatives in the Treasure Valley and has followed the Broncos since he was a kid. He knows how close the Cowboys were in the 24-14 loss last October on the blue turf. “I think this year there’ll be some bad blood on both sides—going back to Laramie, where we beat them last time,” said Wingard. “I love it; I grew up a Boise State fan.” He is proud of his side of the ball. “We were kind of overshadowed by Josh (Allen) a little last year, but we won a lot of games on defense.”

Boise State coach Bryan Harsin was asked a lot about the perceived quest to reach a New Year’s Six bowl this season. “Right now that’s not what we’re talking about,” was his answer. What is Harsin talking about then? Despite his team’s unanimous selection to win the Mountain Division, and Brett Rypien being named conference Preseason Offensive Player of the Year, Harsin expressed concern about his overall receiving corps, especially the tight ends. “I believe we have guys, but we haven’t proven anything yet,” he said. “That position—we had Jake Roh, we had Alec Dhaenens. We don’t have that now. That’s what I look at.” The tight ends as a group return all of four catches from 2017. “I think we have a really good quarterback, but he’s better have some good dudes around him.”

Rypien goes into his senior year in an odd spot—getting that preseason conference honor after the weirdest season anyone could have imagined. He did not throw a touchdown pass in September, yet he finished with a 362-yard day in the Las Vegas Bowl win over Oregon. He spent a lot of time early on watching Montell Cozart operate the offense. Rypien was borderline emotional about in a conversation at Media Days. “It worked because Montell was such a selfless person,” Rypien said. “He helped me through.”

Now Rypien aims to build on last season’s finish, which could not have been more satisfying for him. “A lot of people wrote us off when we were 2-2,” he said. “My sophomore year, when we were 7-0 and ranked No. 13 in the country and lost at Wyoming, we kind of faded after that.” The dynamic changed in 2017. “The biggest difference—we had a core group of leadership who made us realize our season is not over,” Rypien said. Boise State, of course, won nine of its last 10 games. “We rallied better than any team I’ve ever been a part of,” said Rypien. “To come back and win a championship after that is the best experience of my life.”

The first thing out of the gate at Mountain West Media Days was not the preseason poll, but the new head-to-head tiebreaker for the conference championship game. In fact, it came down Monday, before the confab even started, It was a bittersweet announcement for Fresno State—the Mountain West’s first way to break a tie among divisional champions will now be head-to-head result, if applicable. And it would have applied last year, when Fresno State beat Boise State 28-17 in the regular season finale. Under the new guidelines, the league title game would have been right back at Bulldog Stadium instead of the blue turf. But maybe—just maybe—had this rule been in effect last season, the Broncos’ mindset may have been a little bit different on Thanksgiving weekend. We’ll never know.

Troy Merritt is a peace-of-mind guy going into the first round of the RBC Canadian Open today. The victory on Monday at the Barbasol Championship, the second of his career on the PGA Tour, gives him exempt status the next two years. Merritt is also coming off a rare bit of national exposure on Monday night. He knocked in an eagle from 128 yards out on the eighth hole in the final round, and it ended up being ESPN’s No. 2 Play of the Day on SportsCenter. Fellow former Bronco Graham DeLaet is missing the Canadian Open, and it’s a killer for the Saskatchewan native. He announced Tuesday on Twitter that he is set to undergo microdiscectomy surgery on his back for the second time in eight years. DeLaet has been out for nine months now—he says recovery time will be another six to 12 months.

This has happened to the Boise Hawks before this season. The Hawks have had some ninth-inning rallies this summer, but they’ve also been at the other end of the spectrum. Last night at Hillsboro, Boise led 3-2 with two outs in the bottom of the ninth, and a Hops run sent the game into extra innings. The Hawks scored in the top of the 10th to take a 4-3 lead, but with two outs in the bottom of the frame, Hillsboro got a two-run single to walk off with a 5-4 victory.

Kris Bryant, making his home debut as the highest-drafted player ever to suit up for the Boise Hawks, smashes his first professional home run, a three-run shot that keyed a 9-1 victory over the Spokane Indians. Bryant was the No. 2 overall pick in the 2013 Major League draft by the Chicago Cubs and hit .354 in 18 games with the Hawks. He went on to be named 2014 Minor League Player of the Year, 2015 National League Rookie of the Year and 2016 NL Most Valuable Player while leading the Cubs to their first World Series title in 108 years.


The Ashley Inn of Cascade 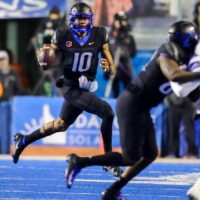 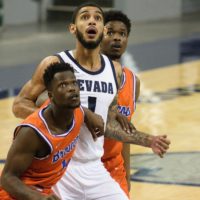