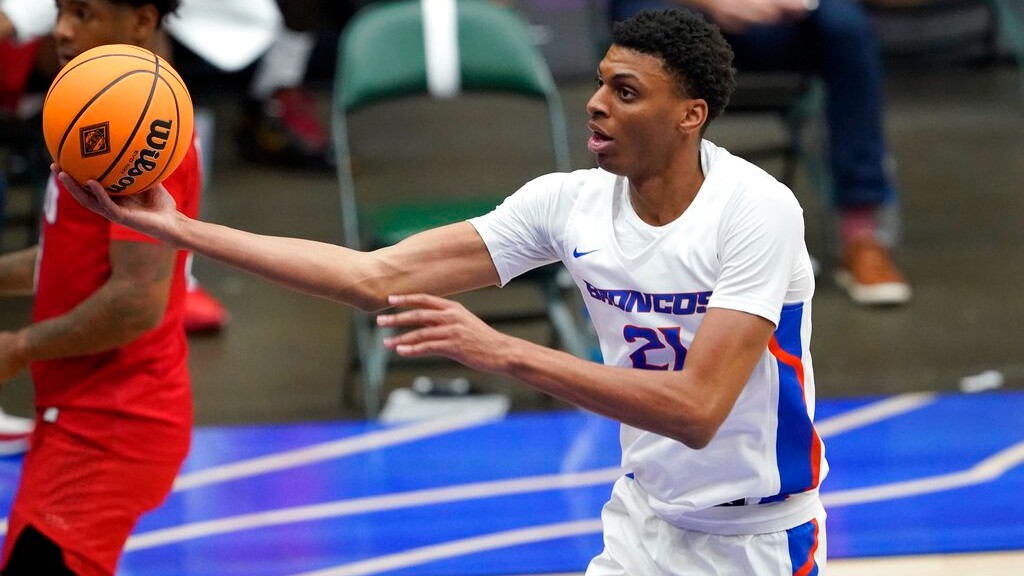 Shot-making—traditional, untraditional, acrobatic, long-range, in the paint—will be at a premium for Boise State in the NIT quarterfinals against Memphis tonight. The Tigers’ stifling defense can prevent all those things, and the Broncos have been fairly unpredictable lately. The last thing Boise State wants to do is see its confidence sapped out of the gate, and that’s exactly what Memphis will try to do. That was not the case against SMU, as the Broncos made eight of 10 three-pointers in the first nine minutes. But the Tigers limit opponents to 27 percent three-point shooting, the second-best mark in the country. Their overall defensive field goal percentage is 39, ninth nationally. Memphis has held opponents under 75 points in 31 of their last 32 games.

MOMENT OF TRUTH FOR ARMUS?

B.J. Rains of the Idaho Press gave this quote legs this week. Memphis center Moussa Cisse had this observation on Boise State’s Mladen Armus: “I think we’re going to be good. He knows how to dribble a little bit and stuff, but I think I’m going to be able to guard him.” Okay. That’s a key matchup in this game. Both players are 6-10, but Cisse is a former five-star recruit, and Armus is still coming into his own as a transfer from East Tennessee State. Armus was, however, a beast in the win over SMU. And maybe he has a chip on his shoulder tonight. Not much else in the way of bulletin board material, though. “It’s gonna be a good clash of two great teams,” Memphis forward D.J. Jeffries said. “It’s gonna be a fun game and I’m ready for it. I’m psyched for it.”

THE CLOCK IS TICKING FOR ALSTON

I’m curious to see what role Derrick Alston Jr. plays tonight as he tries to extend his Boise State career by one more game. Alston is the Broncos’ leading scorer, averaging 17.3 points, but it’s been a while since he took over a game. He’s averaged 12.0 points over the last four games and has gone 6-for-28 from three-point range. But it doesn’t take much for D.A. to start lighting it up. This is the same guy who went off for 29 points four weeks ago tonight versus the Mountain West’s defensive dynamo, San Diego State. Hopefully Alston goes out on a high note—whenever that is.

REAL HUMANS IN THE SEATS

Pent-up demand tells me these tickets will go quickly. It’ll be nice to hear noise in Albertsons Stadium again, as 6,300 fans will be allowed in for Boise State’s Spring Game on April 10. There’ll be 5,000 seats available to the general public (most of them to season ticket holders), plus 500 students in the stands and another 800 in the Steuckle Sky Center. COVID testing will not be required, but masks will be, as will pre-determined social-distancing. All proceeds from the Spring Game will support BroncoBOLD, an athletic department initiative designed to encompass and showcase all aspects of the department’s mental health programming for student-athletes, coaches and staff.

Brooke Pahukoa has forged an impressive trail through the Boise State athletic department. The former Broncos basketball star is now a member of the football staff, as Andy Avalos has named her assistant to the head coach. Pahukoa will help Avalos with his day-to-day tasks and “will coordinate all aspects of on campus recruiting during the season and throughout the year.” Pahukoa has been Boise State’s student-athlete development coordinator since 2019. In hoops, she was a two-time first-team All-Mountain West pick and a two-time Mountain West Tournament MVP from 2014-17. There have been women on the football staff before—Pahukoa’s former Broncos teammate Joyce Harrell is now a personnel scout for the Miami Dolphins after spending time as a grad assistant in Boise State football operations.

In NFL-ese, “UDFA” means “undrafted free agent.” And former Idaho standout Benson Mayowa is one of the lucky ones who not only made a roster, but made a career. The Seattle Seahawks have extended Mayowa’s contract for two years at a maximum of $8.8 million, with the first year guaranteed at $4.61 million. Mayowa began his career inauspiciously with the Seahawks in 2013, appearing in just two games. He played for three other teams the following six seasons and improved every year. As an Oakland Raider in 2019, Mayowa recorded seven sacks. Then, after returning to Seattle last year, he logged six sacks, nine quarterback hits, seven tackles-for-loss, two forced fumbles, a fumble recovery and three pass deflections. Mayowa has gone from first-year scrub to valued Seahawk.

MERRITT IN THE CARIBBEAN

Troy Merritt hopes for a better start than last week when he tees off this morning at the Corales Championship in the Dominican Republic. Merritt bogged down early last Thursday at the Honda Classic, shooting a 74 before rallying with a two-under 68 last Friday to miss the cut by just a stroke. That’s how close the Meridian resident was to dialing for dollars. Merritt hasn’t made a cut since the AT&T Pebble Beach Pro-Am in February.

LIGHT AT THE END OF THE STEELIES’ TUNNEL

The Idaho Steelheads have been absent from the airwaves and sportspages for over a year now. It’s been painful for an organization that has been so ingrained into the Boise scene for the past 24 years. But there’s a rainbow visible—and at the end of it is a date for the Steelheads’ 2021-22 home opener: Friday, October 29, in Idaho Central Arena. The ECHL hasn’t unveiled the schedule yet, but they have given each team a date for home debuts. There are 14 ECHL teams that did forge ahead with the 2020-21 season, including the Steelies’ rivals, the Utah Grizzlies. They’re coming down the home stretch right now.

March 25, 1961, 60 years ago today: Ohio State, the favorite to win the national championship, features All-American Jerry Lucas and a kid named Bobby Knight, but Cincinnati upsets the Buckeyes in overtime, 70-65, to win the NCAA Tournament final. The same two teams would meet for the 1962 title, with the Bearcats winning again, 71-59. Footnote as it pertains to the 2021 NIT: Cincinnati, now a member of the American Athletic Conference, is the team that knocked SMU out of the AAC quarterfinals two weeks ago.