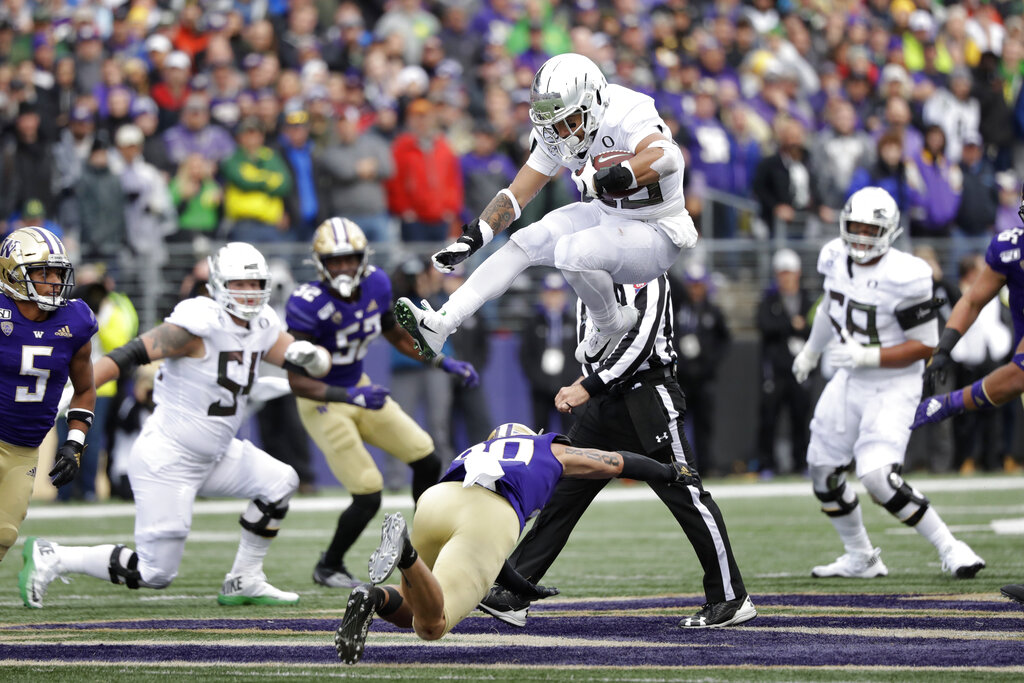 Boise State didn’t need a completely new feature running back. After all, the Broncos still have George Holani. But they did need an injury-proof one-two punch in the backfield. And they appear to have hit the mark with the signing Wednesday of Oregon transfer Cyrus Habibi-Likio. Now there’s a stable, as Habibi-Likio can team with Holani and Andrew Van Buren (not forgetting the injured Taequan Tyler). As a Duck, Habibi-Likio was a truck in the red zone. The 6-1, 215-pounder scored 21 touchdowns on 63 rushing attempts inside the 20-yard line. His biggest game came in 2019 at Washington, when he helped Oregon rally for a 35-31 win with 81 yards and a touchdown on 14 carries. He’ll have two seasons to play for the Broncos: the “NCAA makegood” this year plus 2022.

With the addition of Habibi-Likio and Eagle’s Ben Ford (who I talked about at length on Wednesday), Boise State’s 2021 recruiting class is at 17. All 15 players who signed in December are still aboard for the Broncos, and that’s impressive with a coaching change in this transfer portal world. “These players committed to Boise State, not just to Bryan Harsin,” said Brandon Huffman of 247 Sports on Idaho SportsTalk Tuesday. The Broncos do not have the top-ranked recruiting class in the Mountain West (they’re No. 2), but that’s only because of quantity, not quality. Huffman calls Boise State the “most consistently excellent recruiting program in the Mountain West Conference, and I don’t think that’s changing anytime soon.” Moving forward, Huffman expects the Broncos to hit the 2022 class “really hard.”

Boise State announced eight “super seniors” Wednesday who have elected to use the extra year of eligibility granted by the NCAA due to COVID-19: Octavius Evans, Kekaula Kaniho, Brock Miller, Uzo Osuji, Jake Stetz, CT Thomas, Joel Velazquez and Riley Whimpey. That’s a pretty good crew, and it means the Broncos have to replace only five starters next fall. Coach Andy Avalos praised athletic director Jeremiah Dickey for figuring out a way to keep the super seniors around, as the Broncos will be able to exceed the normal 85-scholarship limit to do it. Cornerback Jalen Walker will be among thosemoving on, presumably to test the pro football waters.

COMING DOWN THE PIKE

Next up for the Boise State staff is a combing of the transfer portal to fill some gaps. “We have a few on the defensive side of the ball within our secondary,” Avalos said. He also mentioned reinforcements on the defensive and offensive lines. “There are some opportunities for us to continue to build this class,” said Avalos. Beyond that, it’s prep for spring football, which Avalos revealed will start Friday, March 12. Last year the Broncos got three practices in before the coronavirus scrapped spring ball. They’re ready for whatever this year. “There’s gotta be a Plan A, Plan B and Plan C,” Avalos said.

There is a local tie on the Kansas City Chiefs side in Super Bowl 55, just like there was last year. Bishop Kelly grad Joe Bleymaier is in his fifth season on the Chiefs staff and his third as assistant quarterbacks coach and pass game analyst. How much fun has it been to be in on the ground floor of Patrick Mahomes’ career? Bleymaier, the son of former Boise State athletic director Gene Bleymaier, got into coaching as an intern for three years under current Chiefs coach Andy Reid in Philadelphia a decade ago. Bleymaier played college ball at Delaware and was part of the Blue Hens’ 2003 Division I-AA national championship team.

One of the candidates for offensive line coach on Andy Avalos’ new Boise State staff was former Broncos center Klayton Adams, the assistant O-line coach for the Indianapolis Colts. Adams ended up ticketed for Arizona State 2½ weeks ago as offensive line coach and run game coordinator. However, he has reversed course, according to Doug Haller of The Athletic. Adams will remain with the Colts, where he works under O-line coach Chris Strausser, a longtime Boise State assistant under Dan Hawkins and Chris Petersen.

Which Nevada will Boise State see when the two teams meet in Reno Friday and Sunday? And which iteration of the Broncos will the Wolf Pack see? The Pack is coming off a sweep of rival UNLV, and while it had to rally for a 72-62 win Tuesday night, it rocked the Rebels 89-60 last Sunday. Then again, Nevada was swept at Wyoming two weeks ago. Boise State would surely like to bottle up its second-half effort at Colorado State last Friday and turn that loose. The Broncos are clinging to a half-game lead over Utah State atop the Mountain West with a 10-1 record. The Wolf Pack is 7-5 in conference.

February 4, 1969: At 33 years old, John Madden becomes the youngest head coach in pro football when Oakland’s managing general partner, Al Davis, taps him to take over the Raiders. Madden would lead the team for 10 glorious years, compiling a 103-32-7 regular-season record and a 32-14 win over the Minnesota Vikings in Super Bowl XI. He’s best known, though, for his NFL broadcasting career that spanned three decades, from 1979-2008. 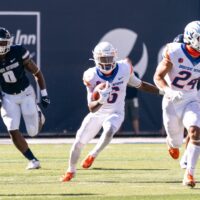 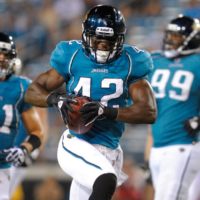