Normally a 23-member recruiting class would warrant a February fiesta of sorts. But at Boise State, all but three of the signees were already aboard. That removed the suspense from National Letter Of Intent Day yesterday, although there was one surprise. Joining quarterback Riley Smith and offensive lineman Dallas Holliday yesterday was tight end Tyneil Hopper of Roswell, GA, who looks like he can stretch the field a la Jake Roh. Hopper is rated a four-star recruit by Rivals.com and a three-star by 247 Sports. According to 247, which ranks Hopper as the No. 19 tight end recruit in the country, Alabama, Auburn and Tennessee were hot on his trail early. He had 22 receptions for 350 yards and a touchdown last season.

On the eve of National Letter of Intent Day, 247 Sports upgraded 25 college recruits around the country to the four-star level. One was a Boise State December signee, running back Andrew Van Buren of West Hills, CA. “A big, physical power back, VanBuren fits the same mold of some of the other backs that have come through that program of late like Jay Ajayi and Doug Martin,” writes Barton Simmons. “He’s earned a lot of respect in Southern California.” Van Buren rushed for 1,259 yards and 21 touchdowns last season for Chaminade Prep.

Depth doesn’t look like it’s going to be a problem at the running back spot for Boise State in 2018. Van Buren joins a pretty stout group. The Broncos’ 1,000-yard rusher, Alexander Mattison, returns along with key backup Robert Mahone. The team was able to get through 2017 without burning Drake Beasley’s redshirt year. Now the highly-touted La Canada, CA, product is in the stable as a redshirt freshman. There’s also Danny Smith, who signed when Van Buren did in December. Smith ran for 1,610 yards and 20 touchdowns last year for Oxnard High in Southern California.

After bringing 12 players aboard during the early signing day, Idaho nearly doubled its recruiting class by inking 10 prospects on National Letter Of Intent Day. Highlighting the group is Bishop Kelly’s Khalil Forehand, who rushed for 578 yards and nine touchdowns and averaged nine yards per carry for the Knights last season. College of Idaho’s recruiting class numbers a whopping 37 players, including 14 from the Treasure Valley. The Coyotes especially tapped Rocky Mountain, signing seven guys from the Grizzlies’ program.

The Boise State men’s basketball team, at least the members of which stayed up well past 11 p.m., went to bed in first place in the Mountain West last night. Nevada was upset by UNLV 86-78 before 11,285 fans in Reno and fell a half-game behind the Broncos in the standings. The loss snapped a 16-game Lawlor Events Center winning streak for the Wolf Pack, who were playing without scoring leader Caleb Martin. The Pack is down to seven scholarship players now, as Martin is out indefinitely with a Lisfranc sprain in his left foot. It was the third time this season Nevada lost its first game after entering the Top 25.

In the aftermath of the game-ending skirmish between Boise State and New Mexico Tuesday night, the Mountain West has suspended the Lobos’ Joe Furstinger for one game after he shoved the Broncos’ Marcus Dickinson to the floor at the buzzer. Furstinger will miss Saturday’s UNM game at Air Force. Boise State’s Justinian Jessup pushed Furstinger away from Dickinson, and the conference issued a public reprimand to Jessup. The Mountain West commended Broncos coach Leon Rice and New Mexico coach Paul Weir for diffusing the situation on the court and expressed appreciation to Weir for apologizing for the incident after the game. Some of Weir’s comments seemed to intimate that the behavior might be residue from the program of former Lobos coach Craig Neal.

Bracketology is part of the vernacular around here now, even though it still seems premature. ESPN’s Joe Lunardi had said before Tuesday’s night’s game that Boise State was one of the last four teams in the NCAA Tournament field next month, but that if it lost to New Mexico, it would be one of the first four out. That tells you any loss in conference play the rest of the regular season—with the possible exception of one to Nevada on Valentine’s Day—could knock the Broncos out of at-large consideration. The game against the Wolf Pack is the last chance they have at what they call a “good win.” The focus of the team is on the Mountain West championship, and rightfully so. The regular-season trophy might not be enough to get Boise State in the Big Dance, but hardware from the conference tournament would, of course.

Local notes on the pro front: a first for Boise, as the NHL’s Dallas Stars will hold their 2018 training camp at CenturyLink Arena. The camp will run September 14-16, capped by the Stars’ Victory Green vs. White Intrasquad Scrimmage. The Idaho Steelheads, meanwhile, knocked off Colorado 4-2 on the road last night. The ECHL Mountain Division-leading Eagles are in the midst of a season-long four-game losing streak. And what was once known as the “Crosby Clambake” awaits Troy Merritt as the AT&T Pebble Beach Pro-Am tees off today. The former Boise State star begins play this morning on the Pebble Beach Golf Links. Merritt is still looking to make the cut for the first time since the new year dawned.

The first women’s ice hockey game in Olympics history is played in Nagano, Japan, as Finland beats Sweden 6-0. The United States would win the first gold medal in the sport the following week, defeating rival Canada 7-4. The Canadians have won the four gold medals since. Sun Valley’s Hilary Knight was a member of the last two USA silver medal teams in Vancouver and Sochi and is now set for her third Olympics in Pyeongchang. 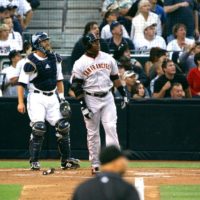 This Day In Sports: Emblematic of baseball’s steroids era