We are 10 days away from fall camp and less than 40 days away from the scheduled start of Boise State’s football season.I know what I have planned September 5, and it doesn’t involve being at Albertsons Stadium. I could still cancel, and I hope I have to. But I don’t think it’ll happen. The news that 14 Miami Marlins tested positive for the coronavirus following their weekend series in Philadelphia says a lot. If that can happen to a Major League Baseball team, well, it doesn’t bode well for football, where there’s contact on every play. It only takes one infected player, and boom—definition of community spread. Is Georgia Southern going to travel across the country to risk that on the blue turf (much less Florida State)? Do the Broncos want to go across the country to Marshall? Expecting the big shoe to drop…soon.

SO MUCH UP IN THE AIR

Some seismic decisions will probably be made in the next week regarding college football. Steve Virgen of the Albuquerque Journal reported last week that New Mexico got out ahead of it, for better or for worse. New Lobos head coach Danny Gonzales is giving players the option to play this season or sit out as COVID-19 concerns mount. Even though it’s entirely plausible that players would be skittish about the game of football amidst the coronavirus pandemic, it seems a bit premature to plant that seed (no Lobo has elected to sit out yet). Let’s see if there’s even a season first. Gonzales did say that players who opt out won’t lose their scholarships. New Mexico Gov. Michelle Lujan Grisham sent a letter to the leadership of UNM and New Mexico State last week strongly urging both to suspend contact sports this fall.

SMOKE ABOUT TO CLEAR IN THE FRONTIER

The Frontier Conference Council of Presidents wasn’t ready for a football season verdict after a meeting Monday, but it will convene again later this week “to make decisions as to the conference moving forward both academically and athletically,” reports John Wustrow of the Idaho Press. Frontier football-only members College of Idaho, Eastern Oregon and Southern Oregon have already pushed their football seasons to the spring.

If those three schools remain on that island, perhaps there would be scheduling opportunities with the NCAA Division III Northwest Conference, which has also delayed football until the spring. That league includes Pacific Lutheran, Puget Sound, Whitman, Whitworth, Linfield, Lewis & Clark, George Fox, Pacific and Willamette. The NCAA Division II Great Northwest Athletic Conference, which includes Western Oregon, Central Washington, Simon Fraser and Azusa Pacific as football-playing members, has pushed football to the spring as well.

Allow me, if you will, to hit one more of the “Names To Watch” at DallasCowboys.com (if there’s a season). One of columnist Nick Eatman’s names is Darian Thompson. The former Boise State standout’s NFL career got a second wind when he joined the Cowboys in 2018. And last season, he even started four games. “Against the Bears, Thompson recorded his first sack of the season, to go along with nine tackles and another quarterback hit,” notes Eatman. “The Cowboys lost the game, but Thompson proved he could make the most of his starting opportunity.” Eatman expects him to be on Dallas’ Opening Day roster. “Thompson showed at times last season why he was once a third-round pick,” he writes. “He’s got good athleticism. Thompson should be at least the third safety who can play in nickel and dime packages.”

OSICH IN NEW DIGS AT FENWAY

Former Bishop Kelly baseball and football star Josh Osich has begun his new job with the Boston Red Sox. Monday night, Osich’s job description changed, as he made his first career start in this, his sixth big league season. He went two innings and gave up two hits and two earned runs. One of the hits was a two-run homer by the Mets’ Michael Conforto, and Osich took the loss in a 7-4 defeat. The 31-year-old lefthander was picked up by Boston off waivers from the Chicago White Sox last fall. Osich was 4-0 with a 4.66 ERA in 57 appearances with the White Sox last season after a couple of difficult years with San Francisco. He was a sensation as a Giants rookie in 2015, going 2-0 with a 2.20 ERA fresh off a solid college career at Oregon State.

The stunning announcement last week of a Mike Tyson-Roy Jones Jr. exhibition bout on September 12 allows us to go back in time locally. Jones Jr. fought in what was then Qwest Arena in July of 2006, and it was a line of demarcation in the Boise boxing scene. It was the city’s biggest boxing card ever, but it drew a disappointing 2,000 fans to see a past-his-prime Jones Jr. win his comeback bout, a 12-round unanimous decision against Prince Badi Ajamu. It also marked the end of Kenny Keene’s career. The “Emmett Eliminator”, at the age of 38, lost to “King” Arthur Williams on a 10th-round TKO. Keene, arguably Idaho’s most popular boxer ever, finished with a record of 51-4. Boxing has been all but absent in Boise since.

July 28, 1984: The Summer Olympics open in Los Angeles—without the Soviet Union and 14 other Soviet bloc nations. Those countries boycotted the Summer Games, partly in reprisal for the U.S. boycott of the 1980 Summer Olympics in Moscow. But the organizers of the L.A. Games, including C.E.O. Peter Ueberroth, were able to turn a rare and surprising profit of $200 million. Stars of those Olympics included sprinter Carl Lewis, who won four gold medals, and women’s gymnastics all-around gold medalist Mary Lou Retton. 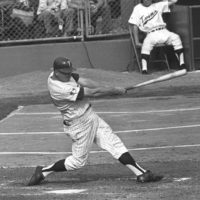 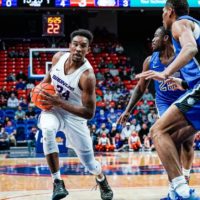