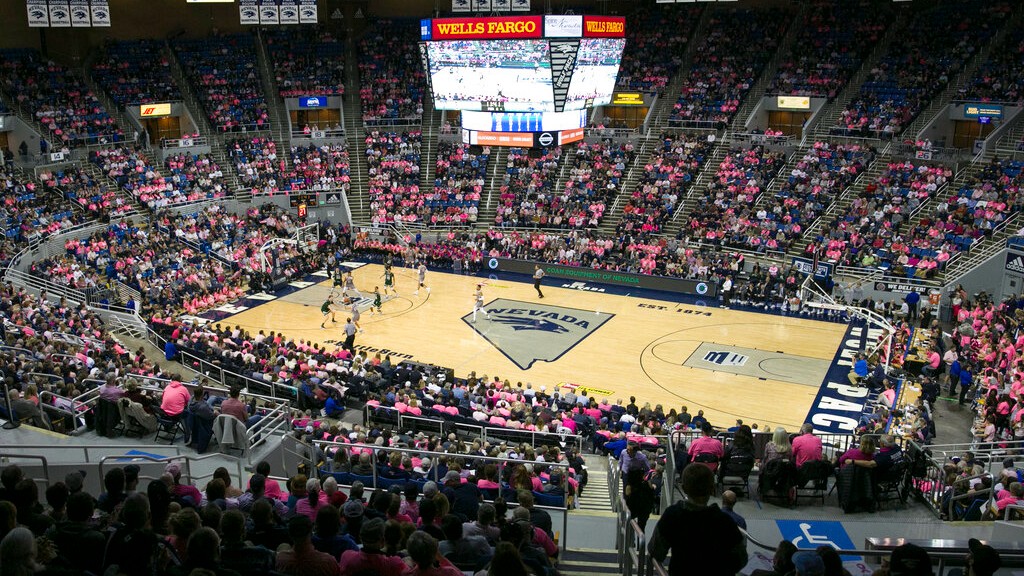 Boise State wanted this one. The Broncos, who had lost 11 of their last 12 games against Nevada and hadn’t won in Reno in six years, dominated the Wolf Pack Wednesday night in an 85-70 victory. This time the Boise State offense outshined the defense, shooting 50 percent from the field and getting a combined 51 points from Marcus Shaver Jr. and Emmanuel Akot. Rebounding, an unsung facet of the Broncos’ mojo during this eight-game winning streak, was present and accounted for as well, with Boise State out-boarding the Wolf Pack by nine. There was a little bit of angst when Nevada got the lead down to 10 points with less than three minutes left—then Shaver went on a personal 7-0 run to put it away.

It was indeed the Shaver-Akot show, as the former put up a Boise State career-high 28 points and the latter just missed his career-best with 23. Both players drained four three-pointers, and Shaver was 4-for-4 in the closing minutes at the free throw line and capped it off on a deep three with just over a minute left. Akot brought the energy—and with it, leadership. He scored 14 first-half points, including eight straight (a monster jam and two three-pointers) that gave the Broncos their first 15-point lead four minutes before the intermission. Boise State kept Nevada at arm’s length from that point on.

Demario Warren won a Big Sky championship as head coach at Southern Utah in 2017, but the rest of his tenure did not go so well, with a 21-42 overall record. Warren and the school announced a mutual parting of the ways in November after a 1-10 season. But that made Warren available, and Boise State’s Andy Avalos has hired him as cornerbacks coach. Warren, who had been at SUU for 14 seasons overall, was a running back at UC Davis during his playing days. And you remember how Dan Hawkins and Chris Petersen used to gush about their fellow “Davis guys.” The jury is out of this next generation of Davis guys, with fellow former Cal Aggies Tim Plough and Tim Keane having gone through growing pains on the offensive staff this season. Warren adds another dimension coming off six years as a head coach.

A check-in on former Boise State players not wearing Dallas Cowboys uniforms who have been active this season going into the NFL Playoffs. Dont’e Deayon spent the first six weeks of the season on the L.A. Rams practice squad, but since then he’s been a contributor. To this day Deayon is listed as only 5-9, 159 pounds, yet there he was making 29 tackles in an NFL secondary. Two others are with the Arizona Cardinals—linebacker Tanner Vallejo has nine tackles and half a sack, and ever-present center Marcus Henry got into four games for the Cards after finally making his NFL debut last season with the Cowboys. Henry turns 29 next month. Jeremy McNichols, meanwhile, has been re-signed to the Tennessee Titans practice squad.

You know about that Kellen Moore guy, who has Dallas on top of the NFL in scoring and total offense. One of his prize pupils, wide receiver Cedrick Wilson, is having the best season of his young career. Wilson has 45 catches for 602 yards and six touchdowns. DeMarcus Lawrence has been resurgent since returning to the lineup in December after healing a broken foot. Lawrence’s sack stats don’t reflect what a force he’s been. Lawrence has logged three sacks while making 21 tackles overall, forcing two fumbles and scoring his first NFL touchdown on a pick-six. Leighton Vander Esch is making a late bid to stay with Dallas after his rookie contract runs out, posting 16 tackles and an interception over the past two games. And Darian Thompson has three tackles after being promoted from the practice squad last month.

A COMMITMENT AMIDST THE CHAOS

It’s pins and needles for Hawaii football as it waits for the smoke to clear (or the hammer to drop). After those odd Hawaii State Senate hearings on the UH program early this week, Senator Donna Mercado Kim said the legislature is willing to pay the $1.275 million to buy out Hawaii head coach Todd Graham’s contract if abuse allegations made by players against the coach are true. Yet somehow through the tumult the Rainbow Warriors have landed a commitment from former four-star quarterback Cammon Cooper, who’s spent the last four years at Washington State. Cooper appeared in just six games over the past two seasons. One of his offers out of high school was from Arizona State while Graham was there.

Adonis Arms has been the talk of college basketball since Tuesday night, not only for his role in helping Texas Tech take down top-ranked Baylor, but also for his journey to this point. Arms was playing in Nampa three years ago as the leading scorer at Northwest Nazarene, averaging 20.6 points per game. And that was after Arms started his career at Mesa Community College in Arizona. After NNU, he transferred to Winthrop and sat out a year. Last season, Arms was a key sixth man during Winthrop’s run to the NCAA Tournament (remember “if you’re not makin’ tacos, I don’t love you no more!”?). Now he’s starting for the Red Raiders, and Tuesday he scored 14 points with nine rebounds and five assists as they ended the defending national champions’ 21-game winning streak in the 65-62 shocker.

January 13, 2013: Former Nevada star Colin Kaepernick, long before taking a controversial knee, produces his ultimate breakout night as a San Francisco 49er, setting an NFL record for rushing in a game by a quarterback in a 45-31 win over the Green Bay Packers in an NFC semifinal playoff tilt. Kaepernick ran for 181 yards, breaking Michael Vick’s mark of 173 yards set in a regular season game in 2002. Kaepernick, who two years earlier had helped the Wolf Pack break Boise State’s 24-game winning streak in a stunning upset in Reno, also threw for 263 yards while accounting for four 49ers touchdowns.