It’s Friday, and time for the second installment of my Road Warriors series marking the best road wins in Boise State history. This one from November, 1974, is noteworthy for a single-game record that has lasted 46 years. Yes, the Broncos’ 56-42 win at Montana clinched a second straight Big Sky championship, but Jim McMillan did something that has stood the test of time, throwing six touchdown passes. Not even Kellen Moore did that during his legendary four-year career. It was the home stretch of McMillan’s senior year, and he finished the season with 33 TD passes, a mark that would stand for 26 years until Bart Hendricks broke it in 2000. Moore is the current season record-holder with his 43 touchdown passes in 2011. But he never tossed six in a game. Jimmy Mac was something else.

The energy will be high on KBOI tomorrow night as the classic 2010 game between Boise State and Virginia Tech kicks off the “Decade of Dominance” replay series. Here’s a couple sidebars from that riveting night at FedEx Field. ESPN’s Craig James had made a big deal before the game of the Broncos needing to win big to show they belong in the BCS Championship Game conversation. Negatory. Boise State just had to win over the No. 10 team in the country. And it did so in magical fashion. Kellen Moore’s perfect 13-yard strike to Austin Pettis gave the Broncos a signature 33-30 victory in the face of enormous pressure–eight months worth of unprecedented hype and the weight (and potential distraction) of a No. 3 national ranking on their shoulders.

Boise State pulled it off in a decidedly non-neutral venue. The Battle in the Capital was a Hokies home game, beginning with the “Enter The Sandman” field entrance. From the starting lineup treatment to the promotions on the jumbotron to the public address annosuncer, it was tilted toward Virginia Tech. And unlike the first two Fiesta Bowls, Bronco fans were seriously outnumbered in the throng of 86,587. Hokies fans acted like underdogs from the get-go, storming the concourses before the game. It was about as loud there as it was on the field. And that’s the loudest crowd I’ve ever heard.

VALLEJO’S NICHE IN THE DESERT

Tanner Vallejo has made it to his fourth NFL season by excelling on special teams. The former Boise State linebacker was included on Arizona’s 53-man roster last weekend for that reason. The Cardinals have emphasized special teams the past two years, and coordinator Jeff Rodgers wanted Vallejo to stick. Vallejo spent most of last season with Washington but was signed by Arizona for the final two games in December and went out strong, recording seven tackles with a sack. The Cards open Sunday against the San Francisco 49ers in Santa Clara. Vallejo starred as a Bronco between 2013-16 and logged 275 tackles. His only career interception was a 63-yard pick-six in the 2014 Mountain West championship game victory over Fresno State.

STRUGGLES IN THE SMOKE

The question out of the gate for Graham DeLaet at the Safeway Open on Thursday: how would his back hold up while walking 18 stressful holes in his return to the PGA Tour? It was DeLaet’s first start in 7½ months and he was even after seven holes. Back-to-back bogeys on Nos. 8 and 9 followed. But he hparred every hole on the back nine to finish with a two-over-74 at Silverado. DeLaet is tied for 128th (play was suspended with 13 golfers still on the course). Fellow former Bronco Troy Merritt was bogged down by five bogeys in the opening round and finished with a three-over 75. Merritt’s near the bottom of the leaderboard.

IT’S ALL GREEK TO WEBB

The path back to the NBA may be more complicated for former Boise State star James Webb III, but he’ll be getting a steady (and healthy) paycheck. He spent considerable time in the G-League the past three seasons after a 10-game stint with the Brooklyn Nets in 2018—now Webb is headed overseas. Agent Daryl Graham told HoopsRumors.com that Webb has agreed to a contract with Larisa Basket in Greece’s top-tier pro league. It’s more difficult for scouts to track players in Europe, especially in the COVID era, but Webb’s deal does include an NBA buyout. In 108 career G-League games, he has averaged 13.2 points and 8.0 rebounds per game. Webb was a first-team All-Mountain West forward in 2016 before skipping his senior season to enter the NBA Draft (he went unselected).

Continuity has always counted for the Idaho Steelheads, and coach Everett Sheen got more of it Thursday with the signing of Zack Andrusiak. The 22-year-old forward was solid in his first pro season, scoring 10 goals with 13 assists in 51 games with the Steelheads. “I love playing in Idaho; the fans are amazing and I feel like our team has a lot of unfinished business from last year,” said Andrusiak. “We had just started to hit our stride when the COVID-19 shutdown hit so I’m excited to build off that with the other guys.” Andrusiak and his mates will have to wait until December under the ECHL’s current coronavirus-delayed schedule plan.

September 11, 1985, 35 years ago today: Cincinnati’s Pete Rose records the 4,192nd hit of his big league career, passing the legendary Ty Cobb for baseball’s all-time lead. Rose got the record-breaker on a single to left-center-field off San Diego pitcher Eric Show in his first at bat of the game. But Rose may have actually reached the mark three days earlier. New century research found that two of Cobb’s hits may have been counted twice, thus dropping his actual hit total to 4,189.

Boise State D-line will have to stand on its own 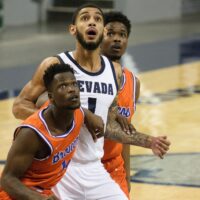