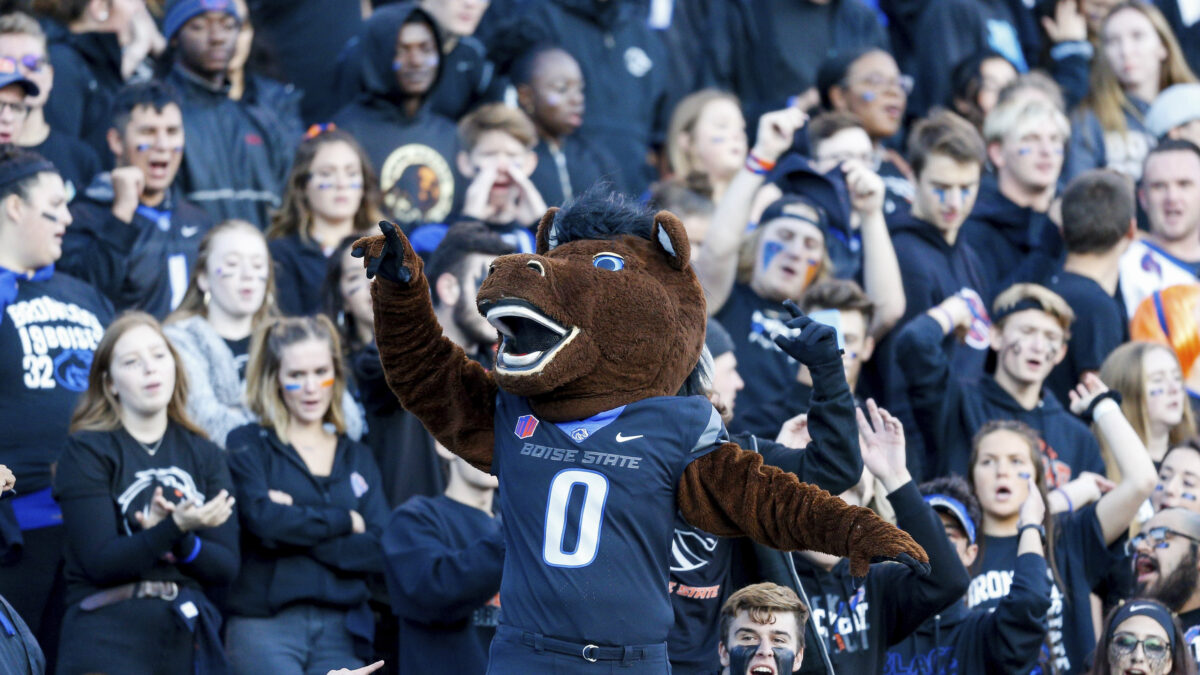 Boise State has sold 16,185 football season tickets, according to B.J. Rains of the Idaho Press. Four weeks ahead of the home opener, the Broncos would seem to be pacing ahead, since the total in 2019 (the last full season) was 16,580. But what happens from here will be intriguing. COVID has hung a cloud over the “six games—six sellouts” goal. The possibility of a mask requirement in the stands is keeping some fans from moving forward, of course. Others who were close to buying don’t want to be shoulder-to-shoulder with 36,000 other fans, especially those who aren’t vaccinated. The hesitant fans, well, I get it. But the former group, those who just will not wear a mask—I think it’s terribly sad. It is such a small sacrifice to make to support the home team in a time of immense challenge. Three hours. Big deal.

Between the Preseason Coaches Poll earlier this week and the Preseason AP Poll on Monday, we have Bill Connelly’s updated preseason SP+ rankings at ESPN.com. It’s an interesting formula based on returning production, recent recruiting and recent history. Boise State is No. 39, five spots lower than in the Coaches Poll. Notably ranked ahead of the Broncos, in ascending order, are UCF, BYU and Oklahoma State, but Boise State is within 12 spots of all of them. The next Mountain West team is Nevada all the way down at No. 67. It’s Boise State’s returning production that is deceiving. It doesn’t take into account a wounded quarterback position and a running game that was missing George Holani. Returning numbers should see a massive bump upward, and that could be reflected in the rankings.

It’s not where you start, but where you finish. Boise State’s Khalil Shakir and Jake Stetz are starting the season on the 2022 Senior Bowl watch list, and it’s conceivable that they’ll finish in Mobile, AL, in January. That’s especially true of Shakir, who’s been referred to as the Broncos’ “Swiss Army knife” after playing virtually every offensive skill position during his career. In fact, I asked him about that moniker at Mountain West Media Days. “How about just ‘Swiss?’” grinned Shakir. “I don’t even know what a Swiss Army knife is.” Kekaula Kaniho quickly explained it to him. We’ll see if “Swiss” sticks. The Senior Bowl would be quite the icing for Stetz, the guy who went from “student” to “student athlete” four years ago.

Coach Bryan Harsin of Auburn is creating a strange kind of buzz today. Tom Green, a beat writer at the Birmingham News and AL.com, was caught a bit off-guard at practice Thursday. “In what was one of the stranger moments of a viewing period, at least in my seven seasons covering Auburn, Bryan Harsin took a short break before 11-on-11 work and came over to the patio area that the media was watching from,” writes Green. “He grabbed a bunch of Auburn hats and went down the line, trying to toss them to media members. It was—odd, to say the least, as media are not fans and are there to report on the team.” Never saw that happen at Boise State.

BATES DEBUTS, HIGHTOWER ON THE SHELF

John Bates donned a Washington Football Team game uniform for the first time Thursday night in the team’s preseason opener against the New England Patriots. As the theory goes, Bates was underutilized in the Boise State offense the past four seasons. He wasn’t utilized much by the WFT in the 22-13 loss to the Patriots, but he made the most of his one target, making a 19-yard catch. Former Bronco John Hightower did not play for Philadelphia against Pittsburgh Thursday night. Hightower is said to be week-to-week with a groin injury. On top of that, Chris Franklin of NJ.com reports that Hightower has had problems with drops and route-running in training camp.

NO FUN AT WAZZU FOR FUN-LOVING ROLO

Sure, Boise State’s football program is partly cloudy in this COVID world. But it’s just plain overcast in Pullman. It’s been three weeks since Washington State coach Nick Rolovich revealed in a tweet that he is unvaccinated, despite a vax mandate on the WSU campus that allows exemptions for “medical, religious or personal reasons.” I’m not going down that rabbit hole, except to note what a firestorm it has created thanks to columns like Larry Stone’s in the Seattle Times. “Rolovich’s decision has caused headache, distress and distraction to a program that should be embracing a promising season fueled by a talented roster,” writes Stone. “Football coaching is fueled by passionate and close-quartered interactions. Rolovich will have to convey his from a six-foot distance.” Stone calls it a “highly irresponsible stance.”

College of Idaho gets in its first dress rehearsal tonight with the Purple & Gold Scrimmage at Simplot Stadium. If you go, sit in the south end of the stands, because that’s where the action’s going to be. All plays tonight will go from west to east, because the Caldwell Night Rodeo beer garden has been set up and it takes up a lot of the west end zone. At Memorial Stadium, the Boise Hawks’ series against the Idaho Falls continues. The Chukars cooled off the first-place Hawks Thursday night in a 5-2 victory. One of Boise’s runs came on Wladimir Galindo’s 15th home run of the season in the bottom of the ninth.

August 13, 2016, five years ago today: Michael Phelps, the most decorated Olympic athlete in history, swims the final race of his career as the U.S. wins the 4×100 medley relay at the Summer Games in Rio. The gold medal was Phelps’ 23rd in Olympic competition—he won 28 medals overall. He had retired after the 2012 London Games but mounted a comeback in April, 2014, with an eye on Rio and a fifth trip to the Olympics. In his final meet, at the age of 31, Phelps won five golds and a silver. He set the record for most gold medals by an athlete at a single Olympics with eight at Beijing in 2008.