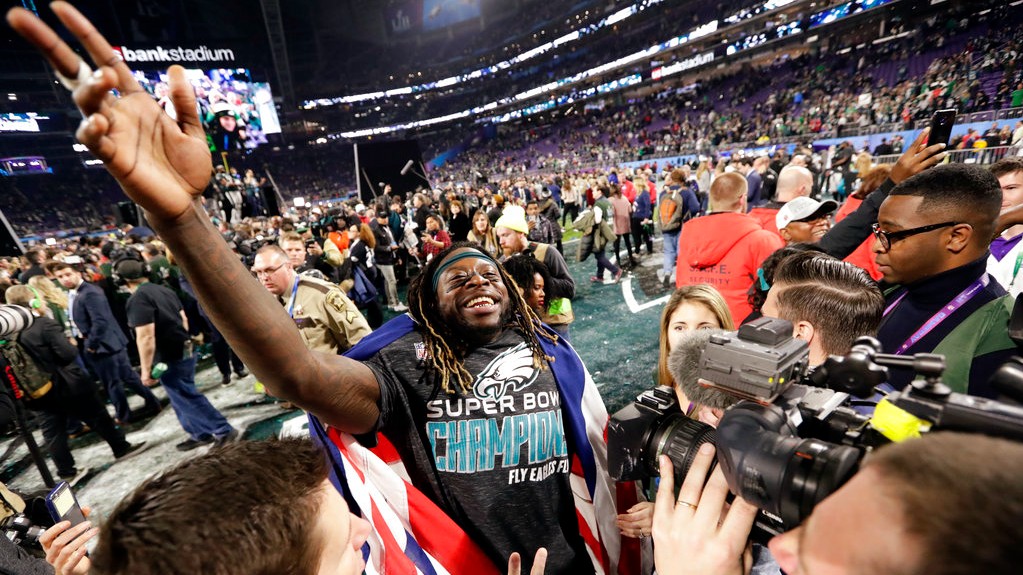 Sure, Jay Ajayi had some injury history at Boise State. But nothing like he experienced once he got into the NFL. There was a chest fracture at the beginning of his rookie year in Miami, and the big one: another torn ACL in 2018 with Philadelphia. That cost Ajayi his career, and he’s been fighting for an insurance settlement ever since. It came down on Tuesday to the tune of as much as $5 million. It’s been pointed out that it’s more than Ajayi made during his NFL career. But that’s what insurance is for. After all, when he was healthy, the Jay-Train was a force. He rushed for 1,272 yards and eight touchdowns in his second season with the Dolphins, making the Pro Bowl. And he was a contributor in the Eagles’ Super Bowl title the following season. “Longevity” and “running back” are not synonymous in the NFL, though.

Ajayi suffered a torn ACL in fall camp before his true freshman year with the Broncos. But he shook that off (do you think?). The following season, while playing behind D.J. Harper, Ajayi rushed for 548 yards and four touchdowns, averaging 6.7 yards per carry. Then as a sophomore and junior, he combined for 3,248 yards on the ground and 51 total TDs and led Boise State to its Fiesta Bowl win over Arizona. Ajayi is currently billed as a “professional FIFA esports player.”

PLENTY OF EYEBALLS, AND A POSSIBLE ASTERISK

All in all, it’s a pretty solid TV setup for Boise State football this coming season. One game on CBS the morning after Thanksgiving and one on a Saturday night on ESPN. Plus three Friday night slots, with one of them on FS1. Here’s the great unknown, in terms of not only TV but kickoff times. The dreaded “or” word on the Boise State schedule involves three games on the Fox networks. The three home dates versus Fresno State, Colorado State and BYU are designated as “Fox or FS1 or FS2.” It would be surprising if the games against the Bulldogs and Cougars aren’t at least on FS1. But if Colorado State doesn’t have it together the week before Halloween, there’s always the fear it could show on FS2. That is no man’s land.

N.I.L. ON THE CAMPAIGN TRAIL

When UT Martin comes to the blue turf in September, it may be best known for one of the most unique NIL deals yet. Dresser Winn, a super-senior quarterback for the Skyhawks, has endorsed a political candidate: Colin Johnson, who’s running for District Attorney General in the 27th Judicial District of Tennessee. I don’t know anything about Colin Johnson or his politics, but this could really get the blood boiling among supporters of his opponent. How much weight will Winn carry with voters? It’s hard to say. In 21 career games with UT Martin, he’s thrown for 19 touchdowns against 13 interceptions. Can you imagine this happening at Boise State? With an in-state player in a local race? Who’s Scott Matlock supporting for Attorney General? Maybe we don’t want to know.

LIVING WITH THE NEW NORMAL

Chris Vannini, the premier Group of 5 college football writer, had this reader question leading off his Mailbag at The Athletic yesterday: “What’s the point of fielding a team for a Group of 5 school in the NIL era? There is no hope of being competitive.” Ouch. I like Vannini’s take, though. “Folks, relax,” he writes. “NIL has not reshaped college sports the way it’s sometimes hyped up. The best teams still get the best players. It’s the way it always has been and always will be. Massive NIL deals are not common in the grand scope of things. We just talk about it more because it’s juicy.” Vannini says the one-time transfer rule if tougher on the G5. “The teams that can handle this movement best will have the most success,” adds Vannini. And Boise State hasn’t seen much if it either way.

WILLIAMS A FIT IN THE OTHER BACKFIELD

There was a lot of “I told you so” going around Bronco Nation late last week, as the Atlanta Falcons moved former Boise State cornerback Avery Williams to running back. Already established as a return man for the Falcons, the team’s doing with Williams what many Bronco fans thought should have been done at Boise State when the running game was in the tank without George Holani in 2020. It couldn’t have hurt. Holani’s injuries left feature duties to Andrew Van Buren. The Broncos averaged just 3.3 yards per carry. With Williams, nothing was ventured, and nothing was gained. Almost simultaneously, we found out that Williams will be competing with fellow former Bronco Jeremy McNichols, who was signed as a free agent by Atlanta after being released by Tennessee.

THE ‘RICE COUNT’ IS UP TO THREE

It’s an expanded family affair in the Boise State men’s basketball program. B.J. Rains of BroncoNationNews reported over Memorial Day weekend that Kade Rice, youngest son of coach Leon Rice, will walk on with the Broncos program next season, joining brother Max. Although the younger Rice spent three years at Bishop Kelly, he played his senior year at Link Academy in Brandon, MO, known for its hoops prowess. Rains notes that Rice didn’t get much playing time at Link, but it was all about practice, as he drilled against some of the top high school talent in the country. All 14 players on the Link Academy roster have Division I offers, according to B.J. As a walk-on, Rice leaves Boise State’s one remaining available scholarship intact for—presumably—a big man out of the transfer portal.

THE MEMORIAL UP NEXT FOR MERRITT

There’s something special about the Memorial Tournament, the Jack Nicklaus-hosted event in Dublin, OH. It’s not a major, but it’s highly respected on the PGA Tour. Troy Merritt will be in the field when the Memorial tees off Thursday morning, trying to keep a rather nice season rolling. The former Boise State star wasn’t at a peak last week at the Charles Schwab Challenge, tying for 57th after ballooning to a four-over 74 in Sunday’s final round at Colonial in Fort Worth. But he still made just under $19,000 for his efforts. Merritt will reportedly stick around the Columbus area next Monday to play a U.S. Open Sectional Qualifier (like he did last year).

It’s a big week for Vallivue High grad Gabby Barker Lemieux as she plays in her first U.S. Women’s Open in Southern Pines, NC. Lemieux is currently playing on the Epson Tour, the LPGA’s equivalent of the Korn Ferry Tour. She’s a three-time Idaho Women’s Amateur champion, and she starred at Texas Tech, earning Big 12 Player of the Year honors in 2016. Lemieux’s profile for the Open mentions her Shoshone-Paiute heritage and says she “befriended follow Native American Notah Begay III, and he helped mentor her as she transitioned into professional golf.” She is, in fact, the first Native American ever to qualify for the U.S. Women’s Open. Gabby has a lot of folks pulling for her this week.

DRYING OUT ON GLENWOOD

Slowly but surely, baseball weather is returning to Memorial Stadium as the Boise Hawks continue their nine-game homestand. It certainly wasn’t there over Memorial Day weekend, with a rain-shortened home opener Saturday and a postponement on Sunday. Hawks manager Gary Van Tol has five players from his short-lived Boise State program on the roster right now, including four who were with the club last year. The fifth, pitcher Gavin Gorrell, played last season for the Wenatchee AppleSox, a college wood bat summer league team. Gorrell debuted in Monday’s 8-5 win over Idaho Falls, going 2 1/3 innings and allowing two hits and two runs. The Hawks opened a six-game series Tuesday night against the Ogden Raptors, falling 9-6. Boise is now 2-4.

June 1, 2012, 10 years ago today: It takes more than 50 years, but the New York Mets finally get their first no-hitter in franchise history. The Mets had gone a big league record 8,019 games without one until Johan Santana beat the St. Louis Cardinals 8-0 at Citi Field. Notable former Mets like Nolan Ryan, Tom Seaver, Dwight Gooden and David Cone all threw no-hitters, but not until they played elsewhere. That left the San Diego Padres as the only team without a no-hitter in its history—they finally got their first one last year from Joe Musgrove against the Texas Rangers. 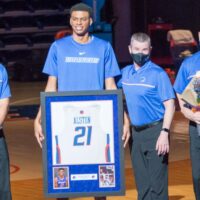