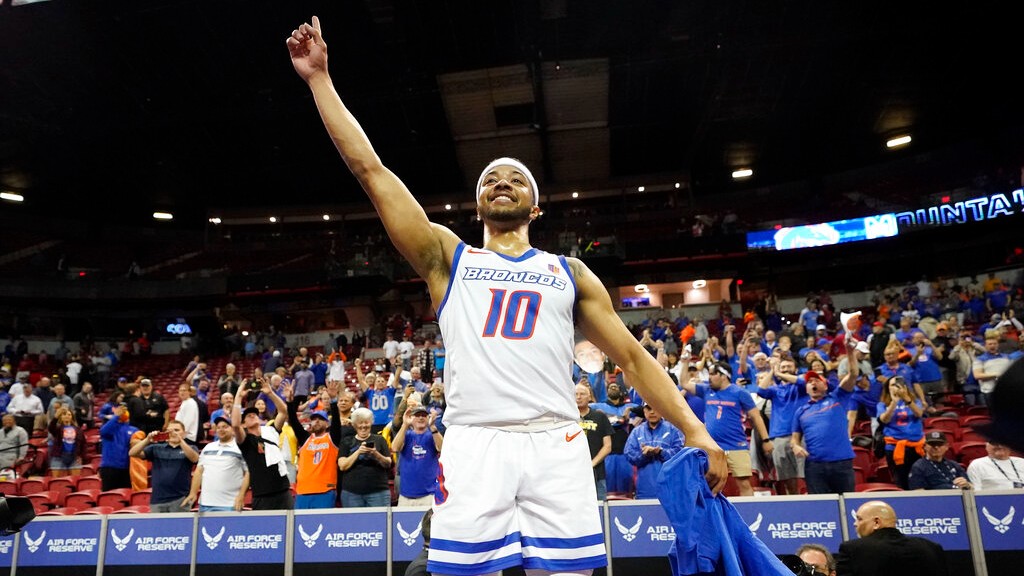 Yes, Boise State made the NCAA Tournament in 2013 and 2015 as an at-large pick. But each year, they Broncos had to play in the First Four in Dayton—and couldn’t get out of there with a win. The first time it was an 80-71 loss to LaSalle, and the second time was particularly galling, as Boise State had to face Dayton on its home floor. That’s something that isn’t supposed to happen in the Big Dance. Yet the Broncos took the Flyers to the wire, falling 56-55. But there’s nothing like being in the main field, as Boise State is tomorrow as a No. 8 seed, facing Memphis in Portland. This is the Broncos’ first time in the field of 64 in 14 years, since losing to Louisville in 2008. They were also there on St. Patrick’s Day in 1988, when they rallied from a 19-point deficit and lost to Michigan by only five. Be optimistic.

The Memphis game is a rematch of the NIT quarterfinal last March that ended Boise State’s season, a 59-56 loss on a neutral court in Denton, TX. The Broncos raced out to a 10-point lead five minutes into the game—then trailed by five at halftime. Boise State stayed with the Tigers in the second half until falling behind by nine with five minutes left. The Broncos rallied, though, and actually took the lead with 47 seconds remaining. Emmanuel Akot was injured 15 seconds later, and Memphis closed it out at the free throw line.

WHO’S BACK AND WHO’S NEW?

For Boise State, even though a lot of the faces are the same as last year, the team has redefined itself without Derrick Alston Jr., now in the G League, and RayJ Dennis, now at Toledo. (And Devonaire Doutrive, now gone.) And remember that Abu Kigab did not play against the Tigers after injuring his shoulder at the end of the regular season. Tyson Degenhart is the wild card now for the Broncos. As for the Tigers, three starters are back from that NIT game: Lester Quinones, DeAndre Williams and Lander Nolley. Their wild card is 6-10 Jalen Duren, who like Degenhart in the Mountain West, was the Freshman of the Year in the American. The difference: Duren is a five-star recruit who is expected to be a one-and-done, headed for the NBA.

EXPERTS SAY THE DECK IS STACKED

Here’s the party line on the Tigers (beyond raking in the top recruiting class in the country). The Tigers are favored today because they went 3-1 against ranked teams, including wins over Houston and Alabama when each team was ranked No. 6. Eight of Memphis’ last 11 wins were by double-digits. Personnel? Here’s what CBS Sports says about the Tigers against the Broncos: “They also have a defensive force down low in Duren, who led the AAC in rebounds and blocks. He should be a difference-maker in the paint versus a Boise team that doesn’t take many three-pointers and is the worst free throw shooting team in the NCAA Tournament 2022 bracket.”

Boise State saved its best for last, as in, the final AP and Coaches Polls of the season. Monday the Broncos earned just their second Top 25 ranking in school history, and their highest, coming in at No. 23 in both polls after sweeping through the Mountain West Tournament. The only other appearance in the rankings came in 2015—one week before the end of the season. And that was only for one week, and only in one poll: No. 25 in AP. Memphis is unranked.

C OF I AT NATIONALS, TOO

This is not new territory for College of Idaho. The Coyotes head for Kansas City for the 2022 NAIA Championships after sweeping Vanguard and Ottawa University of Arizona last weekend in Caldwell. For the first time, the NAIA field is 64 after the Division I and Division II tournaments merged (and the field was trimmed to 48 last year by COVID). And it’s now down to 16, with the 31-4 Yotes set to face Grace College of Indiana Thursday at noon. This is C of I’s 24th trip to the various iterations of the NAIA Tournament. The Yotes made the quarterfinals in 1993, 2001 and 2015 and the semifinals in 2018 and 2019. They won it all in 1996 under Marty Holly.

BACHMEIER AS A SENIOR SIGNAL-CALLER

What inquiring minds want to know as Boise State moves through spring football with quarterback Hank Bachmeier in non-contact drills is: how can Bachmeier improve the most going into his fourth year as the Broncos’ starting quarterback? I think it’s not as much about making good decisions—because he came a long way in that department last season. It’s about making quicker decisions. It’s hard to please Broncos fans in that respect, because they remember the king of quick decisions, Kellen Moore. Kellen would release the ball before a receiver even came out of his break, and boom, it would be there. Can anybody but Moore do that? Hank will try his darndest.

It would seem that the Dallas Cowboys would need Cedrick Wilson at wide receiver, with Amari Cooper having been traded to the Cleveland Browns. But maybe it was “too slow, Joe.” Wilson is now a Miami Dolphin. It’s big boy money now for the one-time Boise State star—the deal is said to be worth up to $22.8 million over three years. Wilson is coming off of his best NFLseason, with 45 catches for 602 yards and six touchdowns. He’s earned it. Writes Sheil Kapadia of The Athletic: “I like the Dolphins shopping in this tier of the wide receiver market. Wilson gets $7.6 million per year. Compare that to the $18 million per year that the Jaguars are paying Christian Kirk. Which is better value? And given how young Wilson is, this deal has upside if he can continue to develop.”

DeMarcus Lawrence helped out the Dallas Cowboys—and helped himself at the same time. Lawrence reworked his contract to free some salary cap space and ended up with a three-year, $40 million deal that includes $30 million guaranteed. That will keep the Boise State product in Dallas through 2024. Meanwhile, Brett Rypien will remain in Denver, as the Broncos have offered the former Boise State quarterback a one-year tender. Rypien will have a chance to compete for the No. 2 spot in Denver behind the new No. 1, Russell Wilson, as Teddy Bridgewater has been signed by Miami.

Troy Merritt moves on to the Valspar Championship in Palm Harbor, FL, this week with a little bit of momentum. The Boise State grad recovered from a first-round 74 at The Players Championship last Thursday to card a trio of 71s and finish tied for 46th. Merritt made $57,700. He dropped from No. 53 to No. 59 in FedExCup standings, but he’s still in a very good spot for this time of the year. In 11 starts in the 2021-22 season, Merritt has only missed three cuts.

HOME SWEET HOME FOR THE STEELIES?

The Idaho Steelheads are hoping home ice is better than the potholes they’ve faced on the road. The Steelheads are coming off a 1-5 road trip and have lost eight of their last 10 games going into a two-game series this weekend with the rival Utah Grizzlies. The Steelies are 30-26-3 and have fallen into third place in the ECHL Mountain Division, 10 points behind the first-place Grizzlies. The good news: Idaho won its last time out, beating the Toledo Walleye 5-3 Sunday in the Battle of the Fish, with two goals tallied by Shawn McBride.

March 16, 2012, 10 years ago today: It had happened only four times in history, and not since Hampton stunned Iowa State in the BSU Pavilion in 2001. But on this historic night, not one, but two No. 15 seeds topple No. 2 seeds in the NCAA Tournament. Norfolk State, in its first-ever appearance in the Big Dance, brought down Missouri, 86-84, in what would prematurely be the Tigers’ final game as a Big 12 school before moving to the SEC. Then Lehigh rocked Duke, 75-70, in Greensboro, NC—just 55 miles from the Blue Devils’ campus. Neither Norfolk State nor Lehigh made it to the Sweet Sixteen. 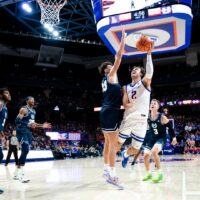 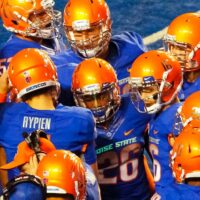