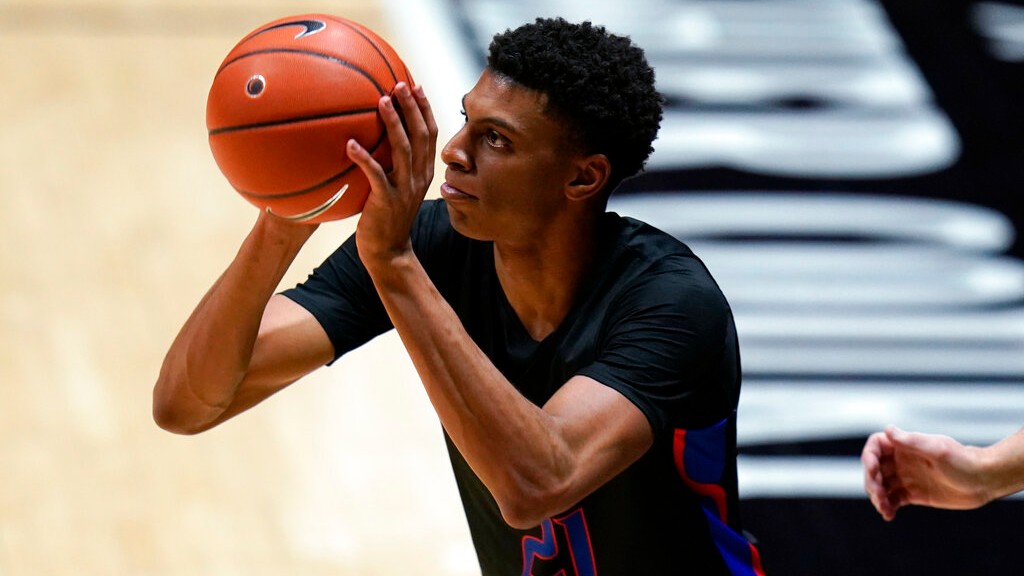 If anyone can flush a bad game, Derrick Alston Jr. can. And this would seem to be a night he’d do it, as one of the great stories in Boise State hoops history experiences Senior Night this evening against Fresno State. Virtually every time the Broncos have appeared on national TV this season, the announcers have played the “Alston was a 148-pound walk-on when he came to Boise State” card. But to me it hasn’t gotten old, because they are always casual fans tuning in who don’t know that—and they need to. Alston, as you know, scored seven points Saturday at San Diego State. And, as you know, he scored seven points total his entire redshirt freshman year in 2017-18. Since then, Alston has become a Mountain Player of the Year contender and has scored 1,420 points.

STOCK UP, STOCK DOWN

Marcus Shaver Jr. flushed the bad game he had last Thursday. The junior guard scored the first two points of the game at Viejas Arena on Saturday (giving Boise State its only lead of the game). Those were Shaver’s only first-half points, but he had seven rebounds and three steals before the break. In the second half he added 11 points for a team-leading total of 13. That was vintage Shaver in terms of all-around goodness. It was not vintage Abu Kigab in the series against the Aztecs. Kigab went a combined 1-for-15 and had one steal total. He is so important to this team at both ends of the floor. Look for a resurgence versus Fresno State tonight. Footnote: Kigab has not decided whether he’ll opt for a “super senior” season, so it’s not expected that he’ll be part of Senior Night.

NOT A LOT OF OPTIONS LEFT

Boise State can finish no lower than fourth in the Mountain West standings, but the Broncos would need a ton of help to get any higher than that now and avoid a quarterfinal matchup against Nevada in the conference tournament. Sifting through the makegood games this week, Boise State’s best shot at third place looks like it would require something disastrous befalling Utah State (in addition to the Broncos beating the Bulldogs this evening). The Aggies play Wyoming at home and Fresno State on the road. Maybe one of those opponents has an out-of-body experience? Meanwhile, San Diego State has jumped to No. 19 in the AP Poll and No. 21 in the Coaches Poll after its sweep of Boise State. The Aztecs clinch the regular-season Mountain West title with a win at UNLV on Wednesday.

You can make a nice living as an “offensive analyst” in the SEC. And that’s officially Eric Kiesau’s new position at Auburn. Bryan Harsin has hired his former Boise State wide receivers coach and offensive coordinator for the same post he once held under Nick Saban at Alabama in 2015. It’s a good landing spot for Kiesau, who could parlay this into a lucrative spot as a position coach again, with the Tigers or whomever. Kiesau’s high-water mark in his four years with the Broncos was as wideouts coach—most recently in 2019, when John Hightower, Khalil Shakir and CT Thomas combined for 155 catches, 2,337 yards and 19 touchdowns. Kiesau didn’t fare as well as O-coordinator, but the 2020 season doesn’t provide a fair sample size as the COVID-19 roster churn put the offense on a rollercoaster.

Spring football started Monday at BYU, and The Athletic’s Nicole Auerbach points out that the Cougars have a lot more to replace than sure-fire first-round draft pick Zach Wilson. Accordng to ESPN calculations, BYU ranks 127th out of 127 FBS teams in “returning production.” The exception is the offensive line, where the Cougars return everybody except All-American left tackle Brady Christensen. There’s a four-man competition at quarterback, and whoever wins it will be looking at a schedule that—in addition to Boise State—includes five Pac-12 opponents (Arizona, Utah, Arizona State, Washington State and USC), one ACC team (Virginia) and one Big 12 foe (Baylor).

It’s a mixed bag at Idaho State right now. In men’s basketball, the Bengals have clinched their first winning season in five years and only the second in the past 18 years, but ISU is coming off back-to-back home losses to Montana. Sandwiched in between the hoops defeats was Opening Day for the Bengals football team, and ISU was routed 49-21 by Weber State. The Wildcats made things tough for quarterback Tyler Vander Waal in his Idaho State debut after transferring from Wyoming. Vander Waal did hit some vertical throws and passed for 304 yards. But he was just 17-of-42 (40 percent) with two interceptions to go with three touchdowns.

MORE PLATITUDES ON THE PALOUSE

Idaho hasn’t felt this good since its victory in the 2016 Famous Idaho Potato Bowl. Following their come-from-behind 28-21 win over No. 12 Eastern Washington on Saturday, the Vandals have moved to No. 19 in the Stats Perform FCS Poll. What’s more, Idaho punter Cade Coffey is the Stats Perform FCS National Special Teams Player of the Week. Coffey continually flipped the field on the Eagles, punting seven times and averaging 50.6 yards. The proof will be in the pudding this Saturday, as UC Davis visits the Kibbie Dome with coach Dan Hawkins (and offensive coordinator Cody Hawkins to boot). One other Big Sky note: with North Dakota State’s 39-game winning streak going down the drain in a stunning 38-14 loss at Southern Illinois, Weber State is now the No. 2 team in the land behind James Madison.

March 2, 2012: For the first time in 17 years, Major League Baseball expands its playoff format, going to 10 teams by adding a second wild-card berth to each league. The change created a new one-game, wild-card round in the American League and National League between the teams with the best records who are not division winners. The additions meant 10 of the 30 MLB teams would get into the playoffs, still fewer than any of the other major professional leagues. 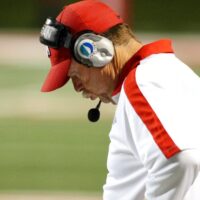