Tonight’s Bronco Throwback Classic on the Boise State Football Facebook page is pretty darn recent—like, the last home game, the Mountain West championship game last December. So it was appropriate that the MVP of the title tilt, Broncos quarterback Jaylon Henderson, was a guest yesterday on Idaho SportsTalk. If you didn’t hear it, go to KTIK.com, especially to hear him talk about racism in Boise—or the lack thereof. Now we wait to see what happens on the field. Henderson was training in California until the COVID shutdown hit—he’s been working out in Boise since. His game would seem well-suited for the CFL, but he’s still hoping to get a call from an NFL team. All he needs is one.

Henderson’s run over the last three games of the regular season and the conference championship game last year was pure joy for him. “Those four games were probably the most fun time I’ve ever had in my life,” said Henderson, a third-string quarterback who was 4-0 in those four starts and ended up on the podium after the 31-10 win over Hawaii for the Mountain West trophy. “Playing on the Blue, there’s nothing else like it,” said Henderson. “The fan base was absolutely fantastic.” He took the high road when talking about the Las Vegas Bowl. “It was a situation where I was told that both me and Hank (Bachmeier) deserved to play, and that was fine with me,” Henderson said. “I just want to win the game.” And he said it was “upsetting” that the Broncos didn’t, getting rolled 38-7 by Washington.

The “Black Lives Matter” movement was a natural subject in the conversation with Caves & Prater. “BLM for me is all about all of us coming together and all of us being treated equally,” said Henderson. “It’s not one race over another. We’re all in this together.” Henderson wants everybody to “have the difficult conversation” for the sake of education—“what it’s like to wake up every day as a black man.” But overall, he appreciates Boise. “As a kid growing up in Texas, there are some areas of Texas that are predominantly white, and some don’t like you because of the color of your skin,” Henderson said. “I got here, and the people were the friendliest I have ever seen,” he said. Henderson is somethin’.

IS BRONCOS FOOTBALL REALLY ON THE HORIZON?

I don’t know if we’re going to call it “the unofficial beginning of fall camp,” but Boise State will be able to officially begin drills for the 2020 season beginning on Monday, July 13 (formal fall camp will start August 7). The NCAA approved a severely-modified plan for the preseason on Wednesday, giving programs about three additional weeks to prepare for the season due to the coronavirus crisis. It helps make up for the loss of most of spring football—the Broncos got only three of their 15 practices in March before the sports shutdown. The new plan will cut this summer’s player-run practices short. PRPs are important, but this year they’re expendable.

LAWRENCE AMONG THE ESPN ELITE

ESPN has come up with All-Decade teams for the 2010s in every NFL division, and former Boise State standout DeMarcus Lawrence gets one of the defensive end spots in the NFC East. Lawrence, a second-round draft pick of the Dallas Cowboys in 2014, played in six of the decade’s 10 years and logged 39 sacks, 10 forced fumbles and five fumble recoveries. His best season came in 2017, when he recorded 14.5 sacks and made his first Pro Bowl. Lawrence had only five sacks last season but insists that was an aberration. “You don’t have to worry about nothing,” Lawrence said on FS1. “Trust me, the sack numbers will be back up.”

The UNLV “whomevers” are scheduled to visit the blue turf on Halloween. How appropriate. Because UNLV’s mascot may need a new costume. University officials had the “Hey Reb” statue on campus taken down Tuesday night, as the “Rebels” nickname may soon follow. UNLV president Marta Meana is considering a change as social justice protests continue in Las Vegas and around the country. While the origin of the mascot in the mid-1950s tied in with the school “rebelling” against Nevada-Reno, students at the time created Beauregard, a cartoon wolf with a Confederate uniform. Beauregard was banished in 1976, but the Rebels name is still too close to the Confederacy for comfort. A Change.org petition had already topped 4,000 signatures as of Wednesday morning.

DELAET STILL PREPPING – MERRITT IS IN

Graham DeLaet, he of the healing back, is not in the field today at the RBC Heritage in Hilton Head, SC. But he did tweet a photo last weekend featuring his face photoshopped onto a bodybuilder with the caption, “Working on my return to the Tour.” Fellow former Boise State star Troy Merritt will be on the course today, hoping to be better out of the gate than he was a week ago. In the PGA Tour’s return last week, Merritt missed the cut at the Charles Schwab Challenge, shooting 73-71 over the first two rounds at Colonial.

June 18, 2010, 10 years ago today: After five seasons, 217 wins, two Kelly Cup Finals appearances and one ECHL championship, Derek Laxdal resigns as head coach of the Idaho Steelheads to take the reins of the Western Hockey League’s Edmonton Oil Kings. Laxdal notched 40-win seasons in each of his five years in Boise. Laxdal’s team had a league-best record of 48-17-7 during his final campaign, earning him ECHL Coach of the Year honors.

This Day In Life: Paul McCartney is 78 years old today. 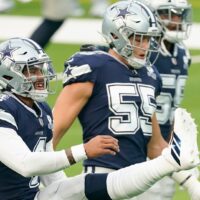 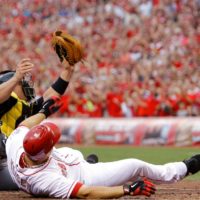 The guy from Grass Valley’s on the verge