The supremely-talented but oft-injured Ryan Clady has decided to retire from the NFL at the age of 30. The two-time All-Pro left tackle is the highest draft pick ever produced by Boise State—No. 12 overall to Denver in 2008. Clady played his first eight NFL seasons with the Broncos and was a New York Jet last season. He was getting interest on the free agent market from, among others, Detroit and Seattle. But Clady had health concerns. In 2013, he played just two games before going down with a Lisfranc injury, and he missed all of 2015 with an ACL injury. Last season in New York, Clady played just nine games before being shelved. But he was legit—from beginning to end.

Clady got props yesterday from a guy who should know about such things. “A great player for the Broncos for many years—as dominant as there was as an LT in pass pro. Congrats on an outstanding career, Ryan!!!” That came from Denver general manager John Elway on Twitter. Boise State fans will remember his role in the Statue of Liberty that won the 2007 Fiesta Bowl against Oklahoma. Really, all Clady had to do to help Ian Johnson into the end zone on that play was get in somebody’s way—and that is something Clady did well at 6-6, 315 pounds.

But the memory many fans carry with them is a play from the Boise State-Idaho game the following season. It was obvious by that time that Clady would declare early for the NFL Draft, and the rivalry game would be his final appearance on the blue turf. So the Broncos designed a play to get him a touchdown, and it almost worked. Clady slipped back behind the line of scrimmage after the snap, Taylor Tharp threw a backward pass to him, and he scored from five yards out. Except, it wasn’t a backward pass. Clady was so excited he had inched too far forward before the throw, and Boise State was flagged for an illegal forward pass. That brought a collective moan from most of the 30,681 fans witnessing the 58-14 Bronco win.

Boise State’s new walk-ons are trickling onto the 2017 roster. How about this one? Ten years after a rather noteworthy quarterback arrived from Prosser, WA, there’s another new QB from Prosser. Tanner Bolt is his name. We’re compelled to find out about this guy. Bolt doesn’t have a height or weight on his profile yet at BroncoSports.com, but MaxPreps lists him a 6-1, 190 pounds. We do know that he was the 2015 Washington 2A Player of the Year as a junior, when he threw for 3,294 yards and 43 touchdowns while leading Prosser to the state title. Those are really good numbers (still hunting down his senior stats). Then again, Kellen Moore had 4,660 yards and 66 TDs as a junior at Prosser. But Tanner Bolt seems like a pretty good Bronco walk-on—and a fitting one.

With two stout running back commitments yesterday, Boise State’s 2018 recruiting class has entered double-digits. Zidane Thomas of Centennial High in Peoria, AZ, is a 5-10, 205-pounder who rushed for 1,888 yards and 18 touchdowns last season, including 329 yards in a state playoff game. Andrew Van Buren stands 6-0 and weighs 217 pounds—and his Twitter handle is @kingdrewthegoat, interestingly enough. Van Buren was a backup as a junior at Chaminade High in West Hills, CA, and ran for 542 yards and 11 TDs as a junior. But he had offers from UCLA, Colorado, Arizona, Iowa State and Nevada.

Idaho opened fall camp last night on the SprinTurf practice field outside the Kibbie Dome. Most of the Vandals’ potent offense is back from the 2016 Famous Idaho Potato Bowl championship team, as nine starters return. There are only six starters back on defense, but the heart of it is in place at linebacker. Junior Tony Lashley led Idaho with 107 tackles last year, and fellow junior Kaden Elliss had five interceptions, one of them a pick-six in the Vandals’ season-turning win at UNLV.

The Frontier Conference held its Media Day yesterday in Great Falls, MT, and College of Idaho was picked to finish sixth this season in the eight-team league. The Coyotes open fall camp on Saturday at Simplot Stadium—with safety Nate Moore but without tight end Marcus Lenhardt. In the NAIA, we’re told, you get 10 full terms of attendance to play four years, and when you graduate, your clock runs out. Moore, the Mountain View High grad and two-time All-American, has delayed his graduation from C of I and is back for his senior year, a huge plus for the Yotes. Lenhardt, the former Eagle Mustang and C of I’s all-time leading receiver, graduated in three years and is now in grad school at Gonzaga.

The NFL preseason will be done September 2, so Oakland Raiders quarterback Derek Carr will use the free time before the opener to visit his old stomping grounds at Bulldog Stadium. And during Fresno State’s season opener against Incarnate Word that night, the school will retire his No. 4 jersey. Carr’s number will be the seventh to be retired at Fresno State, joining those of his older brother David, Kevin Sweeney, Trent Dilfer, Henry Ellard, Dale Messer and Vince Petrucci. Boise State has retired one jersey in its history, Jim McMillan’s No. 12, and has no plans to add more. I thought Cedric Minter’s No. 20 should have been retired after the 1980 season—I have long since given up harping on retiring numbers. (No. 11, anyone?)

On the heels of Frank McGuire’s resignation, North Carolina promotes Dean Smith to head basketball coach of the Tarheels. Smith would go 8-9 in his first season—but it would be the only losing campaign in 36 years of college coaching in Chapel Hill. Inducted into the Basketball Hall of Fame in 1982, Smith would step down after the 1996-97 season with 879 career victories—fourth in Division I history behind Mike Krzyzewski, Jim Boeheim and Bobby Knight.

The QB behind the curtain 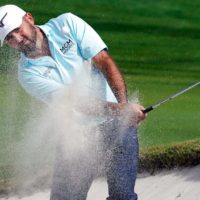