Several teams have improved significantly since Boise State first faced them (and beat them) in the early part of the Mountain West season. One is UNLV, which dropped San Jose State last night 76-67 in Thomas & Mack Center. And the Rebels, whose multi-talented pieces have jelled, come into Taco Bell Arena Saturday night. There are eight Mountain West games left, and many of ‘em are dicey, starting with the clash against UNLV. Conventional wisdom says the Broncos cannot afford more than two additional losses to make the NCAA Tournament as an at-large selection. Some fans are grumbling that projections have Boise State going back to Dayton in the First Four for the third time. But hey, beggers can’t be choosers. Even a loss to UNLV could cook the Broncos’ goose without a Mountain West Tournament championship.

Saturday night’s game has been designated as an Orange Out, and it’s nearing a sellout. Odds are that Boise State coach Leon Rice will be saddling up that horse named “Max” to ride across campus. Yesterday it was reported that less than 1,000 tickets remained. If it sells out, here’s hoping everybody uses his or her tickets. The San Diego State game three weeks ago officially sold out, but attendance was announced at only 10,874, presumably thanks to no-shows. At any rate, Bronco players have said over and over how much a packed house propels them. Boise State averaged just 4,347 fans per game in seven non-conference home games. But the Broncos haven’t been under 7,000 in Mountain West play.

It would be a miracle if Larry Eustachy was still coaching at Colorado State a year from now. Eustachy, whose Rams fell to Wyoming 91-86 in double overtime last night, is the subject of an internal CSU investigation again concerning his conduct. A former student newspaper editor reports that the athletic director Joe Parker has been interviewing players about Eustachy’s conduct, and that most players have spoken out against him. Allegations include verbal abuse of team members, staffers and others within the Colorado State athletic department. The veteran coach and one-time Idaho head man went through this four years ago, admitting then that he had “crossed the line” in his dealings with players and vowing to be better.

ESPN.com has come out with its “Instant-impact freshmen for top 25 teams,” and wide receiver Khalil Shakir gets the nod for No. 17 Boise State. Shakir, one of two four-star recruits who signed with the Broncos in December, is one of the reasons there’s optimism at the wideout spot despite the graduation of Cedrick Wilson. Writes Kyle Bonagura: “Shakir had offers from Arizona, Boston College, Colorado, Illinois, UCLA and Washington State, among others, but he decided to head to the Mountain West. Shakir’s offensive versatility—he can play slot, outside, running back, returner—should allow him to carve out a niche for the Broncos early on.” The opportunity is certainly there.

To say that Jay Ajayi is anxious for his Super Bowl opportunity with Philadelphia on Sunday is an understatement. “Last year was the first year I ever went to a Super Bowl,” Ajayi said in a Yahoo! Sports story. “I had to go because I was doing some stuff for the NFLUK and was at the game, basically until the third quarter—and I kind of got fed up, because I couldn’t take the fact that I was watching the Super Bowl and I wasn’t playing in it.” Ajayi had been eliminated from the playoffs in the AFC Wild Card round with Miami. “I was on a Dolphins team and watching the (AFC East division rival) Patriots, so it was really uncomfortable, and it was really hard for me, so I left the game early and I promised myself last year that I would not go back to the Super Bowl unless I was playing in it.”

Jerry Kramer turned 82 years old last week. The best birthday present the Idaho Vandal great could receive, belated in more ways than one, would be election into the Pro Football Hall of Fame. The 48-person selection committee will meet Saturday on the eve of the Super Bowl, with the Hall of Fame class to be unveiled that evening during the annual NFL Honors awards show. Kramer was nominated last August for the 11th time in his 45 years of eligibility—but for the first time since 1997. His omission from the Hall is the most glaring of any. “If we don’t get into the Hall of Fame, it’s been a wonderful ride,” Kramer said yesterday on Idaho SportsTalk from Radio Row in Minneapolis. “I’m not going to let the absence of one trophy ruin my career.”

The Idaho Steelheads scored three goals in the first period at Utah last night. But there was no rest for the weary, and the Steelheads were taken all the way to a shootout before they were able to edge the Grizzlies 6-5. The shootout went six rounds—then Idaho’s Steve McParland tallied without an answer from Utah. Steelies goalie Ryan Faragher went the distance against his old club to pick up his seventh win of the season. The two teams now come to Boise to face off this weekend, with Saturday night’s game featuring the retirement of Scott Burt’s No. 12 jersey.

James Webb III is in dues-paying mode at this stage of his very young NBA career. If Webb does the little things, the Brooklyn Nets will let him do bigger things. The former Boise State star’s floor time increased to 22 minutes in his second NBA game Tuesday night, a 111-95 loss to the Knicks in Madison Square Garden. Webb went 0-for-4 from the field, with all the attempts coming from three-point range. But he did pull down three rebounds and added one assist and one steal.

Two college notes: Idaho men’s basketball has been pretty good in February and March since it returned to the Big Sky, going 19-9 in league games. And the Vandals have been solid away from home lately, winning three consecutive conference road games for the first time in seven years. They take that streak into the new month when they play at Portland State tonight. Victor Sanders has moved into second all-time on Idaho’s all-time scoring list with 1,635 career points, trailing only Orlando Lightfoot at 2,102. And…what? They’re playing college baseball in the Treasure Valley on the first of February? Well, this ain’t 2017. College of Idaho’s home opener is set for this afternoon at Wolfe Field against Benedictine Mesa, the beginning of a five-game series against the Arizona school.

Thanks to what some say is the worst play call in Super Bowl history, the New England Patriots prevent a final-minute touchdown and hold off the Seattle Seahawks 28-24 in the 49th renewal of the NFL’s championship showcase. With a second-and-goal at the New England one, and with one of the league’s best running backs, Marshawn Lynch, lined up behind him, Seahawks quarterback Russell Wilson threw a slant pass that was intercepted by the Patriots’ Malcomb Butler with 20 seconds remaining. That gave Pats quarterback Tom Brady his fourth Super Bowl ring and his third trophy as the game’s MVP, tying San Francisco 49ers great Joe Montana. 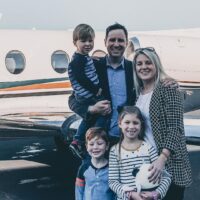