It’s been more than two months since word came out that recently-fired Utah State head coach Tim Duryea would join Leon Rice’s staff at Boise State. Yesterday it finally became official with a press release from the Broncos. Duryea spent 14 years as an assistant under Stew Morrill before taking over at USU. He was 48-49 at Utah State, but things have been different for the Aggies in the Mountain West than they were in the WAC. As good as Morrill was, he was a pedestrian 36-27 in his two Mountain West seasons before he retired—not a ton better than Duryea. But in their 14 seasons together in Logan, Morrill and Duryea made six NCAA Tournament appearances while winning four WAC championships and one Big West title.

Rice is especially excited about Duryea’s offensive acumen. He coached one of the Mountain West’s top backcourt duos the past two seasons at Utah State in Koby McEwen and Sam Merrill (McEwen transferred upon Duryea’s firing). Duryea is one year removed from producing the top offense in the conference—in 2016-17, the Aggies led the Mountain West from the field at 46 percent and were No. 2 from beyond the three-point line at 38 percent. With Phil Beckner having left Boise State to explore NBA opportunities, this is a key hire for Rice.

We’re marking the 50th anniversary of Boise State athletics as a four-year program. Technically it began July 1, 1968. Jeff Caves and I talked about it Friday on Idaho SportsTalk—there is no Division I program that has done it quite the way the Broncos have, going from junior college status to a national brand in half a century’s time. Of course, much of the groundbreaking work has come this century, keyed by the success of Boise State football, the winningest team in the country since 2000. But even before that, the Broncos never stood still. The first NCAA Tournament came to the BSU Pavilion in 1983, less than 15 years into the school’s four-year status. There have been eight more since. Plus other NCAA championship events. It’s been a run worth recognizing.

The university is still relatively young, but so much has happened since that inaugural 1968 football season. Lyle Smith had stepped down as head coach after his legendary run through the Boise Junior College years and had become Boise State’s first athletic director. Smith had a vision for football, and he entrusted it to Tony Knap, who he hired as his first coach. Now, Boise State enters 2018 with 44 winning seasons in 50 tries, including 23 seasons of 10 wins or more (15 of them coming since 1999). The Broncos have been ranked as high as No. 2 in the country. Not even Lyle Smith ever envisioned that.

If bloodlines count for anything, San Diego State will keep on keepin’ on, with another Penny set to wear an Aztecs uniform next year. Brionne Penny, brother of former SDSU star and Seattle Seahawks first-round draft pick Rashaad Penny, has committed to the Aztecs, who recruited him as an “athlete.” Brionne has a much different build than Rashaad, who’s 5-11, 220 pounds. Brionne is 6-3, 195, and was a dual-threat quarterback the last two seasons at Norwalk High. He’s transferring to Narbonne High in Harbor City, CA, this year, where he’s expected to play wide receiver and defensive back. Brionne and Rashaad are younger brothers of former Idaho running back Elijhaa Penny, now a member of the Arizona Cardinals. Elijhaa is 6-1, 234.

Dennis Erickson will be one of nine inductees into the University of Idaho Athletics Hall of Fame this September. There apparently has been some healing over the past 11½ years. Erickson left Idaho less than a year after his celebrated return as Vandals head coach for the 2006 season, taking the Arizona State job. It was Idaho athletic director Rob Spear who got out in front of the acrimonious split and announced Erickson’s departure himself. The two-time national championship coach at Miami went 4-8 in his one year back in Moscow, but he was 32-15 from 1982-85, when he began his head coaching career at U of I. Maybe the fact that Spear was placed on administrative leave three months ago today made this Hall of Fame process easier.

Gary Van Tol can now say he has a staff. The Boise State baseball coach has his first assistant, Hilton Richardson, who’s well-versed in not only baseball development but in Bronco football culture. Richardson spent time as a Boise State football player from 2011-12, wrapping that around five years playing in the minor leagues and five more scouting for the Philadelphia Phillies organization. His latest position was Northwest area scouting supervisor for the Phils. Richardson’s summer in Boise in 2012 was spent running the Cubs’ pitch-tracking laptop for Van Tol when the latter was managing the Boise Hawks. At that time the football team was jockeying over whether the offense or defense would get his services during the Bronco Football Summer Classic Softball Game (he was a wide receiver and safety).

After dropping four of their previous five games, the Boise Hawks needed a boost from their pitching staff last night. They got it in a 4-2 win at Tri-City, as the bullpen threw six innings of shutout ball, at one time setting down 17 Dust Devils in a row. Colton Pate and Peyton Gray were among the four Hawks relievers, each pitching a three-up, three-down inning in their Boise debuts. The Hawks have one more in Pasco tonight before returning home for fireworks tomorrow night (opening a three-game series against the Eugene Emeralds).

The two Idaho Steelheads who played in the Stanley Cup Final last month have both inked new deals. Jay Beagle, who hugged the Cup with the Washington Capitals, has signed a four-year, $12 million contract with the Vancouver Canucks. Beagle, now 33 years old, has spent his entire 10-year NHL career with the Caps. He was part of the Steelheads’ 2007 Kelly Cup championship team. Also, goaltender Maxime Lagace has agreed to an extension with the Vegas Golden Knights, the much-celebrated Stanley Cup runners-up. Lagace backed up Marc-Andre Fleury with the Knights but is expected to start next season in the AHL.

American Pete Sampras, on his way to a then-career record seven Wimbledon championships, wins his second straight title at the All England Lawn Tennis and Croquet club. Sampras, ranked No. 1 in the world, had cruised through the first four rounds without losing a set. He dropped one set in a semifinal victory over Todd Martin—then swept Goran Ivanisevic in the final. Sampras’ Wimbledon record has since been broken by Roger Federer, who has eight championships. 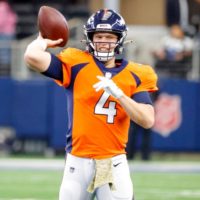