The ESPN Football Power Index, a fluid set of numbers, has begun its run for 2019. ESPN calls its FPI “a measure of team strength that is meant to be the best predictor of a team’s performance going forward.  Projected results are based on 10,000 simulations of the rest of the season using FPI.  Ratings and projections update daily.”  The first set of numbers has Boise State at No. 42, the third-highest ranking in the Group of 5 behind UCF and Cincinnati.  The Broncos’ record is projected to be 10-3 (actually dialed down to 9.8-2.9).  BYU is just two spots behind Boise State, and the computer model favors the Cougars in the game between the two teams October in Provo (that must be based on homefield advantage, right?).

Here’s where the crescendo to the Broncos’ season opener in Jacksonville amps up even more.  The FPI has Florida State ranked No. 21 (with a predicted record of 8-4 after last year’s infamous 6-7).  There’s no projected result for that one yet.  The next-highest Mountain West school in the FPI is—are you ready?—Air Force at No. 69.  Utah State is all the way down at No. 83, with the metrics showing the Aggies in a struggle to go .500 this season.  USU is favored in only five of its 12 games.

HUTCH UPS IT A NOTCH

Chandler Hutchison, still shaking off the rust from months of inactivity, was much more prominent in Chicago’s 75-72 win over Charlotte Wednesday in the Las Vegas Summer League.  The former Boise State star played 31 minutes and scored 18 points with nine rebounds. The downside: Hutchison was just 5-for-17 from the field and 0-for-4 from three-point range.  But apparently that’s not the primary thing Bulls coach Jim Boyle is looking for.  “I want him to try and become the best defender he can become,” said Boylen of Hutchison.  “We need a lockdown defender.  We have very difficult matchups in our division alone, let alone the league.”

MERRITT CLIMBS ABOARD THE JOHN DEERE

Troy Merritt has some serious momentum going into the John Deere Classic outside Chicago today.  The Meridian resident and former Boise State standout roared throught the holiday weekend and tied for seventh at the 3M Open last Sunday, earning $179,733 and climbing back into the top 100 of FedExCup standings at No. 99.  Merritt’s season earnings now total $946,868.  He has seven top 25 finishes and three top 10’s. Merritt has played the John Deere in four of the past seasons, making the cut three times.

My “This Day In Sports” item below got me to wondering how Boise’s Josh Osich is doing with the Chicago White Sox this season.  Osich, who was not re-signed by the Giants last winter following a long slide over a period of several seasons, had a cup of coffee with Baltimore before landing with the White Sox in March.  Osich, whose ERA had ballooned to 8.25 last season with San Francisco, has made 26 appearances as a Chicago middle reliever this year with an ERA of 4.99.  He threw 1 2/3 scoreless innings in his latest outing last Saturday, a loss to the Cubs.

Boise State swimmer Lauren Sale added a silver medal to her haul at the 2019 Pacific Games in Samoa on Wednesday with a runner-up finish in the 100-meter butterfly.  Sale, competing for Samoa, took gold in the 200 backstroke on Tuesday.  And Bronco senior Courtney McGregor will represent New Zealand at the Artistic Gymnastics World Championships in October in Stuttgart, Germany.  McGregor hopes to seal a second straight Olympics bid after competing in the 2016 Summer Games in Rio de Janeiro.

YOU CAN FEEL IT

You know football season is in the wind when the Famous Idaho Potato Bowl High School 7-On-7 Tournament unfolds at the Optimist Football Complex.  This year’s event will be played Friday and Saturday and features a record 20 varsity passing teams, 12 junior varsity passing teams and 12 lineman squads, consisting of more than 865 athletes and 170 coaches.  Then again, you know you’re in the heart of the summer when the Twilight Criterium takes over Downtown Boise.  The 33rdannual race is this Saturday night, followed by Boise’s first Gran Fondo Hincapie on Sunday.  Three-time Olympic gold medalist Kristin Armstrong is scheduled dust off her spokes to ride in the inaugural 80-mile event.

July 11, 2015:  Bishop Kelly grad Josh Osich becomes only the third native Boisean to record a major league victory, joining Borah High alum Stephen Fife a couple years before with the Dodgers, and Pat House, who won two games for Houston in the late 1960’s.  Osich got the Giants out of a jam against Philadelphia, retiring the one batter he faced in the top of the sixth.  Osich was the pitcher of record when the Giants scored five runs in the bottom of the inning—and ended up winning 8-5.  Boise High grad James Hoyt of the Houston Astros has since become the fourth native Boisean with a big league win. 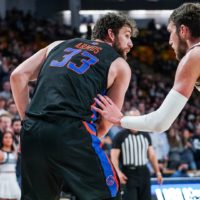