What did we say about Cedrick Wilson at the outset? After the Blue & Orange spring game in 2016, there was this: “What you have to like about Wilson is what he does on third down.” “Two of his catches, going for eight and eleven yards, moved the chains for the Broncos. Again, it wouldn’t surprising at all to see Wilson starting alongside Thomas Sperbeck and Chaz Anderson this season.” That’s what happened, but what you ended up really liking about Wilson was how he stretched the field, all the way into the end zone. He averaged 20.2 yards per reception and had 11 touchdown catches. Late in the season, though, Wilson emerged as a threat in the return game, and now he’s on the watch list for the Paul Hornung Award that goes to college football’s most versatile player.

After Boise State struggled in the punt return category in particular, Wilson stepped in midseason and averaged 13.2 yards per return, including a 73-yard dash against UNLV. He also averaged 21.3 yards returning kickoffs. Can Wilson handle that kind of a workload in his senior year? He was a bit banged-up by the end of last season. Here’s another thing the Hornung Award committee had to like: Wilson, a former high school quarterback, went 2-for-2 through the air for 84 yards and a touchdown last fall.

Bronco Mendenhall was head coach at BYU for 11 years and never had a losing season. That all changed last fall when he took over at Virginia. The Cavaliers went 2-10, and they’re not expected to be much better this year, as the Wahoos were picked to finish last in the Coastal Division yesterday in the ACC preseason poll. They’ll enter the 2017 season on a seven-game losing streak. But Mendenhall, who returns to the blue turf to face Boise State on September 23, insists there’s no timeline on turning Virginia around. He said at ACC Media Days that there are no quick fixes. “It’s going to take longer and be harder than what I first suspected,” said Mendenhall.

A weekend story in the Baltimore Sun talked about the burgeoning expectations of Ravens linebacker Kamalei Correa, the former Boise State star. Seems like he’s changed some minds since the end of last season. Correa played in just nine games last year after being selected in the second round of the NFL Draft, making four tackles. For comparison’s sake, the next linebacker chosen after Correa, Atlanta’s Deion Jones started 13 games and amassed 108 tackles. Now, Correa is the favorite to start alongside C.J. Mosley for Baltimore at inside ‘backer. It has all come together for the Honolulu native. “I would say, in Year 2, you just kind of know what to expect and what’s coming,” Correa said in the Sun story. “You know the playbook a lot better; you’re not just running around like a chicken with his head cut off.”

Mountain West Media Days are on deck next week, and as much as reporters will want to hear about the challenges of road games at Washington State, BYU and San Diego State, Boise State coach Bryan Harsin is going to be all about Troy. That is the Broncos’ opponent on Opening Night on the blue turf September 2. So what is up with these Trojans? Well, they were 10-3 last year, their first 10-win season as an FBS school. Quarterback Brandon Silvers is back for his fourth season as a starter. Leading rusher Jordan Chunn returns after 1,288 yards and 16 touchdowns, and he has three experienced backups. And Troy has all of its top three receivers returning, plus almost all of their backups. The Trojans will create plenty of conversation the next month and a half.

For Troy, success begets facilities. The Trojans have embarked on what they’re calling a “game-changer” with the building of a $25 million football facility in Veterans Memorial Stadium’s north end zone. It’s a four-level addition covering 70,000 square feet, Troy’s answer to Boise State’s Bleymaier Football Center. It shows that the college football arms race continues even at the Group of 5 level, as Troy’s 37-year-old coach, Neal Brown, strikes while the iron is hot. The Trojans will christen the new amenity when the Broncos visit to open the 2018 season.

The BoiseHawks continue to tattoo the baseball, putting up 12 more hits in a 10-4 rout of Tri-City last night at Memorial Stadium. A seven-run fifth inning was the back-breaker, highlighted by a two-run homer from Ryan Metzler. It was Boise’s Northwest League-leading 34th home run of the season in 32 games (in case you missed it, the Hawks logged just 24 homers in 76 games last year). With the victory, the Hawks remain tied for second in the South Division with Hillsboro, just one game behind Eugene. There are six games left in the first half of the season—the first-half winner is guaranteed a spot in the NWL Playoffs in September.

Thomas Bropleh’s stay with the Denver Nuggets’ NBA Summer League team is over. The Boise State alum played in three games and scored 14 points in Las Vegas. Bropleh finished strong, though, with 10 points, including two three-pointers, and three rebounds in a 96-91 win over New Orleans last Friday. Elsewhere, international experience can only help Bronco women’s basketball standout Marta Hermida. The junior-to-be didn’t play much for Spain at the FIBA U20 Women’s European Championships in Portugal. But she’s coming home with a gold medal after Spain defeated Slovenia 73-63 Sunday in the title game. Hermida,the 2016 Mountain West Freshman of the Year, appeared in three games for the Spaniards and went 1-for-5 from the field with two rebounds and three steals.

We’ve gotta give a shout-out to the 31st Twilight Criterium—12,000 fans in Downtown Boise Saturday night to watch Justin Williams take the men’s title and Jennifer Valente take the women’s crown. Valente was the silver medalist in team pursuit at the 2016 Rio Olympics.

The turf at Albertsons Stadium turns temporarily green for the first Basque Soccer Friendly, an international exhibition between Spain’s Athletic Bilbao and Mexico’s Club Tijuana. A platform was laid over Boise State’s iconic blue turf, and on top of that went natural turf sod, transforming the field into a soccer pitch. A crowd of 21,948 took in the surreal scene and watched Bilbao blank Tijuana 2-0. It was the largest crowd to watch a soccer match in the state of Idaho. By about, oh, 20,000. The hope is that it can happen again.

The O-line tries to get back in line 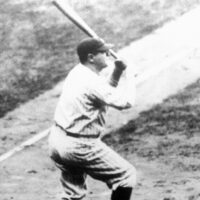