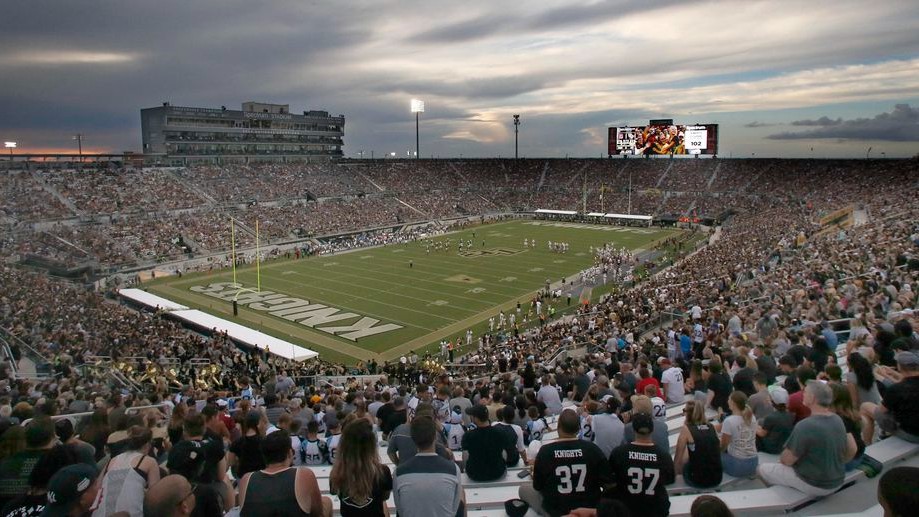 If “Inferno Day” works as well as it has in the past, it’ll help Boise State immensely in its trip to UCF a week from Thursday. Yes, the Broncos closed the doors of the Caven-Williams indoor facility on Monday, cranked up the thermostat, and had humidifiers going full-blast to make the environment at practice as oppressive as possible, mimicking what they’ll likely feel in Orlando. It’s a replay of two years ago when Boise State prepared for Florida State in Jacksonville (of course, the Broncos had to follow that thick air to Tallahassee due to Hurricane Dorian). Boise State fought through it to win 36-31. The Broncos used the same tactic while preparing for their 2016 opener at Louisiana-Lafayette and followed with a 45-10 thumping of the Ragin’ Cajuns. I was in the Caven-Williams for that Inferno Day. Not fun at all.

“Biggest storyline: Is Boise State the King of the Mountain (West)?” That’s how Chris Vannini of The Athletic got his conference preview started on Friday. Vannini pays attention, as he attended Mountain West Media Days last month. He picks the Broncos to win the Mountain Division, and he predicts that it’ll be San Jose State, not Nevada, taking the West. Vannini suggests that the defending conference champion Spartans are being disrespected. As for the Broncos: “Boise State’s past three coaches all won at least 78 percent of their games. Andy Avalos, the former Broncos player and assistant, understands the expectations. Can he get the program back to those heights? It would bolster the conference’s image to have its biggest brand program back in the top 15.” What happens nine days from now will be big.

This isn’t the first time you’ve heard about UCF quarterback Dillon Gabriel, and it won’t be the last. “College football’s top 100 players for 2021” has been compiled by the ESPN staff, and Gabriel is No. 33. The synopsis: “The 2020 FBS passing-average leader (357 yards per game) already has a place alongside Daunte Culpepper, Blake Bortles and the UCF quarterback greats. He has 11 300-yard passing performances in two years, boasts a career touchdown-to-interception ratio of 61-11 and holds team records for yards per completion (14.9) and yards per attempt (8.91).”

Week 2 of the NFL preseason produced some good numbers for some former Boise State Broncos. David Moa logged six tackles and a quarterback hit for the New York Giants against Cleveland as he tries to stick as an undrafted free agent for the second straight year. Moa was cut by Minnesota after training camp last season. Brett Rypien, the No. 3 quarterback in Denver, went 3-for-3 for 31 yards and a touchdown in mop-up in a rout of Seattle. Cedrick Wilson seems destined for a roster spot in Dallas again—he had three catches for 22 yards and a touchdown versus Houston. And A.J. Richardson, a fixture on Arizona’s practice squad the past two seasons, had two catches for 21 yards for the Cardinals against Kansas City

While Boise State bides its time until the showdown in Orlando in nine days, three Mountain West teams will be in action in Week Zero of college football. Hawaii faces an uphill battle at UCLA Saturday, but there’s this: the Mountain West has won 11 of its last 22 games against Power 5 foes, nine of them against the Pac-12. Fresno State hosts UConn in a game that should not be pretty. The Huskies, now an independent, didn’t even play last year. Not to forget the 818 yards Boise State rolled up on UConn three years ago. And defending Mountain West champ San Jose State tunes up for its Labor Day weekend trip to USC by hosting Southern Utah.

Week Zero in the NCAA is actually Week 1 in the NAIA, as all eight Frontier Conference teams will open their seasons this Saturday. College of Idaho hits the road to face MSU Northern, where the 19th-ranked Coyotes have won four straight games, all in routs. We don’t know yet who the Yotes’ starting quarterback will be, but we do know who will carry the load at running back: All-America candidate Nick Calzaretta, with an assist from Boise State transfer and Columbia High grad Allamar Alexander. The defense is led by returning All-America safety Taeson Hardin.

A MOSCOW MOMENT DECADES IN THE MAKING

The University of Idaho has a date now for the inaugural men’s basketball game in ICCU Arena, the new facility racing toward completion adjacent to the Kibbie Dome. On November 10, the Vandals will host Long Beach State, and it’s not a coincidence. The son of legendary Idaho coach Don Monson, Dan, has been the head coach of the 49ers for 13 seasons. Don Monson guided the Vandals program to its first NCAA tournament in 1981, and a year later reached the Sweet Sixteen, finishing 27-3 after being ranked as high as No. 6 in the country. The younger Monson, who graduated from Idaho in 1985, is the one who got the Gonzaga machine going just before Mark Few took over. He’s the winningest coach in Long Beach State history.

HAWKS FINALLY SERVE UP A GOOSE-EGG

In Game No. 81, the Boise Hawks pitching staff recorded its first shutout of the season Monday night, blanking Idaho Falls 9-0 at Melaleuca Field. Mitch Lines threw the first seven innings, scattering five hits. Eagle’s A.J. Snow and Luke Dawson didn’t allow a hit the rest of the way. There was drama, though, as Dawson loaded the bases in the bottom of the ninth before getting the final out on a fly to left. Alejandro Rivera’s two-run homer in the top of the first ended up providing the Hawks all the offense they’d need. Byron Smith added a two-run shot in the top of the ninth. At 20-13, Boise has the Pioneer League’s best second half record.

August 24, 2012: The latest chapter of an unsettling eight-month period for Boise State athletics, as the Big West Conference invites the Broncos to join in non-football sports effective July 1, 2013. Boise State had been searching for a home for those teams since it was announced football would head to the Big East in 2013 the previous December. The Broncos had to pony up—with travel subsidies of approximately $750,000 per year and a special entry fee of $2.5 million. But the university received financial help from the Big East. A little more than four months later it was all for naught, as Boise State struck a deal to remain in the Mountain West.