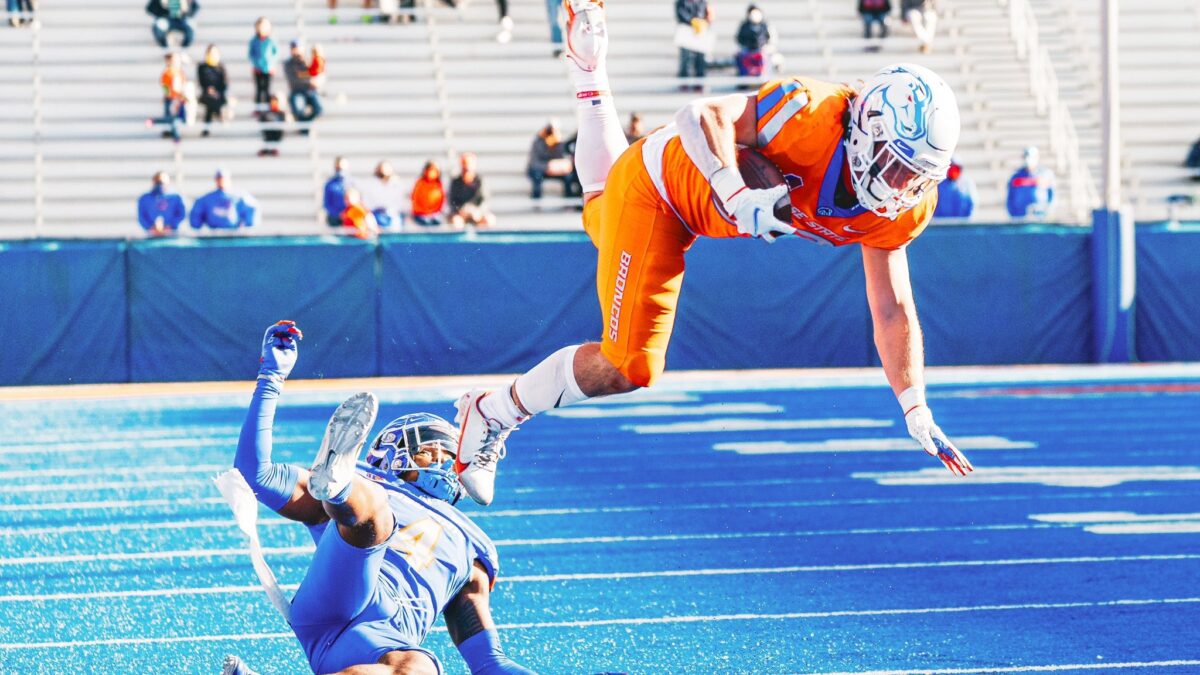 The No. 2 position of intrigue at Boise State beyond Bachmeier-Sears is running back. And it seems the Broncos finished spring football the same way they started the shrunken season of 2020: George Holani and the field. That has to change by the time Boise State puts its product out there against UCF on Labor Day weekend. It was good to see Holani looking like himself as a full-go participant in the Spring Game, and he responded with five yards per carry (11 totes for 56 yards). But after that the ground game was inconclusive. Andrew Van Buren, last year’s workhorse, notched 12 yards on four carries. Former Skyview High star Tyler Crowe looked good, but will that translate in the heat of battle at UCF? And like you, I’m wondering about Taequan Tyler. I was looking forward to seeing him.

The positive thing about Crowe: he had a few tackle-breaking runs that showed a lot of spunk among his five carries for 26 yards and his two catches for 31 yards. Kind of like local high school products of the past. It’s not the first time Crowe has responded when asked to perform at an important juncture (and the Spring Game was important for him). Last Halloween at Air Force, Van Buren was shaken up momentarily in the third quarter, and the Broncos’ answer was Crowe, the previously unseen walk-on. The Broncos had a screen called on Crowe’s very first snap, and they stuck with it. He took it 15 yards for a first down and later added two carries for 14 yards in mop-up. (Not to forget Oregon transfer Cyrus Habibi-Likio, who arrives this summer.)

Not only is there new terminology for Boise State’s new tempo offense (it’ll eventually have a nickname), the Broncos have changed the name of their STUD end-linebacker position. The term dates back to Bryan Harsin’s first season, when Kamalei Correa was wreaking havoc from what used to be a defensive end spot. It became an end-linebacker hybrid, with Curtis Weaver using the designation to become the Mountain West’s career sacks leader. It will now be known as the “edge” position, which is what it is. Edge rusher. Players like Demitri Washington (when he’s healthy) and Shane Irwin will have the first opportunity to make that new handle famous.

RAYJ IS A ROCKET

Former Boise State guard RayJ Dennis is out of the transfer portal and into Toledo, much closer to his hometown of Chicago. Dennis left the Broncos after losing his starting job to Emmanuel Akot the final three games of the campaign. It’s hard to tell what kind of opportunity this is—the Rockets lost just one of their starting guards this past season. Dennis averaged 8.6 points and 3.0 rebounds per game with a team-leading 2.9 assists and 34 steals. He scored in double-figures 11 times this season, but only once in the final 15 games. According to the Toledo Blade, Dennis chose the Broncos over the Rockets out of high school in 2019.

DELAET: FROM IRONS TO AIRWAVES

Former Boise State star and Eagle resident Graham DeLaet was at the Masters over the weekend. Obviously DeLaet wasn’t playing, as he continues to heal his problematic back. He’s biding his time as a golf analyst for The Sports Network in Canada (TSN). And he’s having a blast. “Thank you TSN Sports for a great week at The Masters,” DeLaet tweeted Sunday night. “First class crew and more great memories. Touched my first green jacket! Pretty sure it’s real wool.” It’s been a good year for DeLaet off the course. The pride of Weyburn, Saskatchewan, was announced as an inductee in that city’s Walk of Fame in March.

DeLaet, now 39, hasn’t provided a timeline for a possible return to the PGA Tour. He underwent a Radiofrequency Ablation procedure on his lower back about six weeks ago aimed at alleviating his chronic pain. DeLaet last played at the Houston Open in November, withdrawing from the event early in th second round after shooting first-day 76. Houston was one of five events he had entered after an eight-month layoff. He missed the cut in the previous four tournaments. And that was following an absence of almost two years after his second back surgery.

C OF I SPRING ACCOMPLISHMENTS

Congrats to the College of Idaho women’s cross country team after finishing second at the NAIA Championships Friday in Cedar Rapids, IA. The Coyotes earned three All-America honors and all five scoring runners finished in the top 50. It’s the fourth time in program history that the Yotes have finished as the NAIA national runner-up. Also, for the first time in school history, the C of I women’s soccer team has been invited to the NAIA Championships. The Yotes are the No. 4 seed in the Marion, IN, Bracket and will play the bracket’s top seed, Central Methodist of Missouri, Thursday afternoon. C of I could really use some donations to help get them there—and quick. For info go to YoteAthletics.com.

This Day In Sports…brought to you by HARMON TRAVEL…the official travel agency of Boise State Athletics!

April 13, 2016, five years ago today: Two historic NBA games take place about 400 miles apart in California. In Oakland, the Golden State Warriors beat the Memphis Grizzlies 125-104 to finish the season 73-9, the best record in NBA history. Warriors star Stephen Curry scored 46 points to help the defending NBA champions top the 72-10 mark recorded two decades earlier by the Chicago Bulls. Simultaneously at Staples Center, Kobe Bryant played the last game of his legendary 20-year career. He did not go quietly. After struggling through his final season, Bryant scored an astounding 60 points in the L.A. Lakers’ 101-96 win over the Utah Jazz. This time, nobody minded him hogging the ball. Bryant put up a staggering 50 field goal attempts. 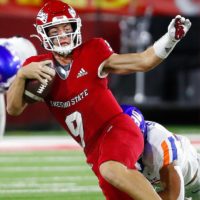 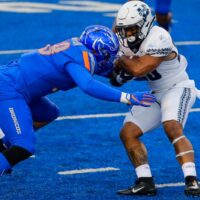