Spring football has already ended for one segment of the Bronco family. The one from Japan. For the seventh year, coaches and a group of players from Tokyo’s Hosei University have spent a week at Boise State to soak up all they can – they returned to Japan on Sunday. Coach Hitoshi Aoki, who has made 12 national championship games in his 15 years at the helm with five titles, began the tradition in 2008 with former Bronco coach Chris Petersen. “I wanted to move our program to a higher level, so I sought out Boise State,” Hitoshi said through an interpreter. “Coach Pete taught us a lot about organization.”

The entourage from Hosei, a private university that sports blue turf and Boise State’s blue and orange colors, has also visited Baylor, TCU, UCLA and Hawaii. In fact, they took last year off from their Boise voyage. But Hitoshi says they’ll keep coming back to the Broncos. “They’ve always treated us as part of the family,” he said. Boise State tight end Holden Huff, a third-semester Japanese language student, will reciprocate with an exchange trip to Hosei in May after the semester ends. It’ll be mostly an academic trip for Huff, but he’ll also help out with the football program while he’s there. By the way, Hitoshi says more than 200 colleges in Japan play football (Hosei plays at the country’s highest level).

The Blue & Orange Game this Saturday night will be just that (as opposed to blue and white). The offense will wear blue for the event and the defense orange. Both sides will sport new helmets, though—white ones with the “B” logo on each side. Coach Bryan Harsin sprung it on the players last Wednesday (I repeat, last Wednesday). The helmets look cool, but Harsin said he became aware of “some grumbling in the locker room.” Then the staff revealed the secret. “April Fools! We’ll B wearing these helmets for Spring Game, but not for season!” said a Tweet from the program yesterday. Harsin didn’t rule out a sequel for the helmets in a real game, though. The players don’t necessarily dislike the helmets, they just like to have a say. “They didn’t have a chance to have their input,” grinned Harsin.

The only stats Harsin revealed from Saturday’s second scrimmage of spring football pertained to the quarterbacks, who he said all “played well.” And they had to do it under duress, as all four were QBs were live—fair game for defenders—during the session. Harsin said Ryan Finley completed 60 percent of his passes, Tommy Stuart 70 percent, Brett Rypien 60 percent and Alex Ogle 50 percent. Don’t forget about Ogle, though. “That guy can spin it,” said Harsin. The coach also revealed that former Arizona Cardinal and All-America left tackle Nate Potter is indeed Thomas Byrd’s replacement as the graduate assistant working with the offensive line. That leaves one offensive grad assistant spot to fill.

Boise State has its second commitment for the 2016 recruiting class, wide receiver Derrion Grim of Stockton, CA. Grim was part of a large guest list for the Broncos’ Junior Day over the weekend and got the offer he had been seeking. What did he like about Boise State? “How the coaches and all the players are like a family,” Grim said yesterday on Idaho SportsTalk. “And the facilities are pretty cool.” Grim joins safety Isaiah Hayes of Calabasas, CA, who verbaled with the Broncos at the end of February.

The College of Idaho kicked off spring football yesterday, with the Coyotes’ annual Purple & Gold Game set for Saturday, May 2. The Yotes’ roster is always going to be heavily-laden with Idaho players, but you can see that it will evolve somewhat as you look at the latest list of new recruits. There were 12 new signings announced over the weekend, and nine of the players are from out of state. The three Idahoans are quarterback Drake Kuykendall of Orofino High, and linebackers Zac Crosgrove out of Eagle High and Monte Huskey of Meridian High (via Eastern Arizona Community College).

While watching Frank Kaminsky in the national championship game last night, I got to thinking what kind of experience Boise State’s James Webb III would have had guarding Wisconsin’s superstar seven-footer. It would have been an education for Webb (and it wouldn’t have changed the 78-54 result much), but it would have been fun to watch. When the Broncos played the Badgers last November, Webb was still buried on the bench and played only eight minutes, going scoreless and pulling down two rebounds. He was two games away from bursting on the scene with his 12-point second half at North Carolina State.

Webb is going to be that much better next season than he was this season. He’s already an elite rebounder, capping his year with 13 boards in the loss at Dayton three weeks ago, the most by a Bronco in an NCAA Tournament game and his 11th double-digit rebound outing of the season. Webb is also a spectacular dunker, although he has more success with two hands rather than one—witness the two one-hand slams he missed against the Flyers in the First Four. I wouldn’t want to be the rim in the practice gym the next six months.

There are 22 former Boise Hawks on Opening Day rosters in the majors, including one on the disabled list. Notables: Ryan Flaherty doesn’t hit very many home runs, but he knocked one out in Baltimore’s 6-2 win over Tampa Bay. It was the 24th homer of Flaherty’s career, which is now in its fourth season. Josh Donaldson, in his first game since coming over from Oakland, was 0-for-4 in Toronto’s 6-1 victory over the Yankees. Jeff Samardzija got racked by Kansas City in his debut with the Chicago White Sox, allowing five runs in six innings in the Royals’ 10-1 romp. And Joel Peralta picked up his first National League victory in five years in the Dodgers’ 6-3 decision over the sudden big-spenders from San Diego.

If Governor Butch Otter’s veto of the bill repealing instant horse racing machines stands, Les Bois Park will have a year to examine its business model to see if it can survive without the instruments. If this issue is a lightning rod now, imagine what it’ll be like in the 2016 legislative session. The horse racing industry used to be able to stand on its own—now it can’t. “In my view, a precious part of Idaho’s western culture is at stake,” Otter wrote in his message to lawmakers. There are some unhappy campers out there.

Before a crowd of 45,000 fans that included President Richard Nixon, the New York Yankees spoil the managerial debut of Ted Williams at Washington’s RFK Stadium by beating the Senators, 8-4. However, the Hall of Famer—who in 1941 was the last player to hit over .400—would lead the previous year’s cellar-dwellers to a surprising fourth-place finish and a solid 86-76 record. Williams would be voted the American League’s 1969 Manager of the Year. 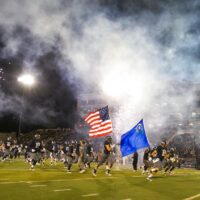 Boise State-Nevada: Is the rivalry revived? 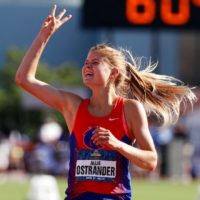