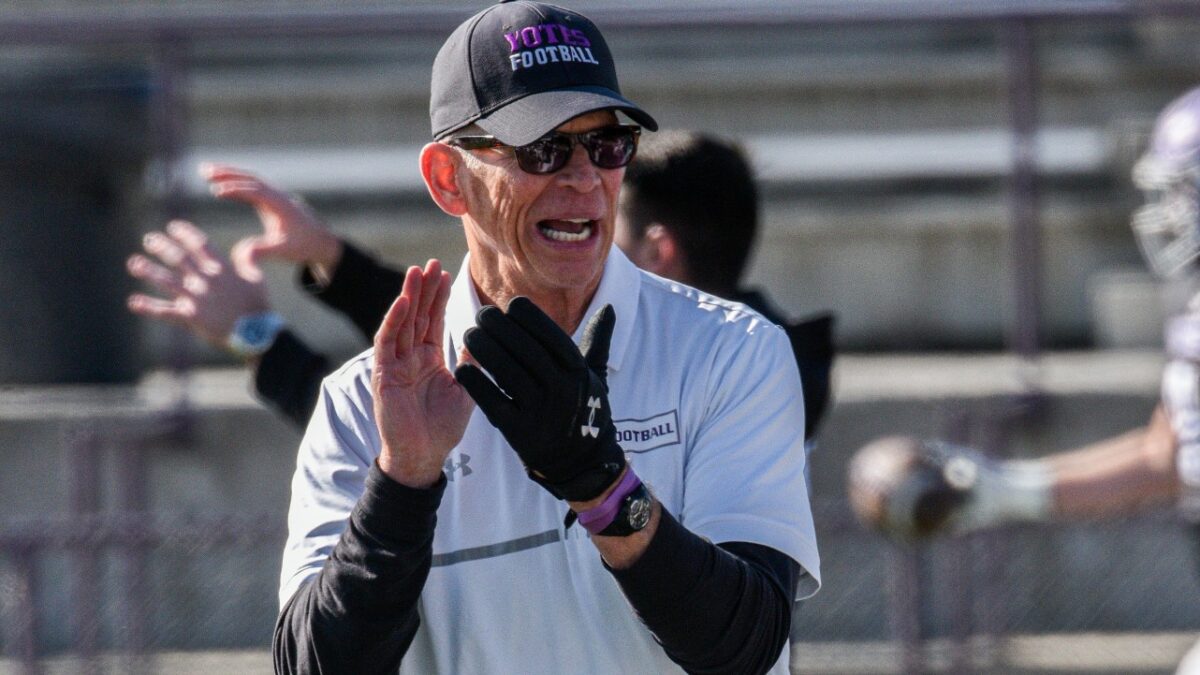 January 9, 2013, 10 years ago today: The College of Idaho introduces Mike Moroski as its first head football coach since the program was disbanded in 1977. Moroski had been on the UC Davis staff for the previous 26 seasons after spending eight years as a backup quarterback in the NFL. C of I athletic director Marty Holly was steered to Moroski by Boise State coach Chris Petersen, a fellow UC Davis alum. Moroski would go to work putting together the Coyotes team, which was set to make its debut on September 6, 2014.

The fall of 2013 was “zero year,” a thankless autumn that was all practice and preparation. It paid off with wins in C of I’s first two games of the inaugural season in 2014. But ultimately the rigors of the Frontier Conference and its established program set in, and the Yotes finished 4-7. They’d post the same record the following two years—then came the breakthrough in 2017, as C of I won its last three games to go 6-5, the first winning season of the new era. Moroski and the Yotes have had winning seasons every year since.

The most amazing season was 2018, when College of Idaho dropped its first five games. But the Coyotes came back to win the final six to finish over .500. Not only that, the winning streak ended up lasting 17 games, as the Yotes were victorious in their first 11 games in 2019. That was C of I’s best season, with a Frontier Conference championship and a trip to the quarterfinals of the NAIA Playoffs.

It all comes back to Moroski. College of Idaho is so fortunate to have had him at the helm for a decade now. The stability Moroski brings has made the Yotes a Frontier Conference power and an NAIA Top 25 regular. He is a great teacher and positive motivator, and he has rallied Caldwell behind the team. Moroski started his career 12-21 over those first three seasons and is 41-17 since. Don’t look now, but Moroski is two victories away from becoming C of I’s all-time winningest coach. He has 53 wins—the record is 54 by Anse Cornell, who coached from 1916-32.

Rypien ramps up degree of difficulty