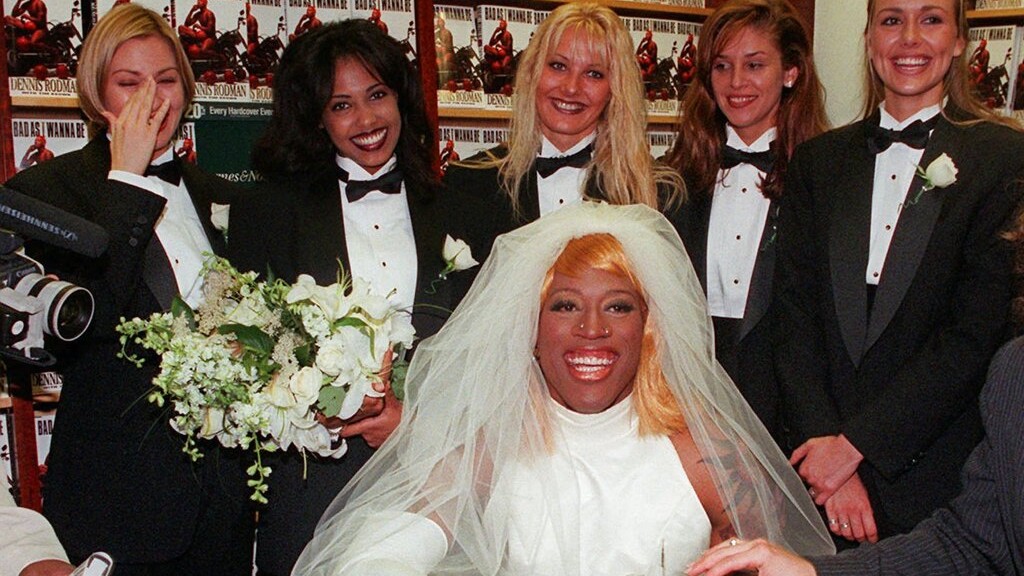 January 17, 1997: The NBA issues an 11-game suspension to Chicago Bulls forward Dennis Rodman for kicking cameraman Eugene Amos in the groin during a game at Minnesota. After a missed free throw, Rodman went after the rebound and tripped over some camera equipment that was sitting just over the end line. Upset about his fall, he proceeded to kicked Amos. Rodman agreed to a $200,000 settlement with the cameraman, so if you factor in the 11-game suspension without pay, the incident cost Rodman over $1 million.

“The Worm,” as he was known, was always in the spotlight for more than just basketball. Rodman’s hair turned almost every color of the rainbow over time. He had an affair with Madonna, a short marriage to Carmen Electra and a controversial friendship with North Korean dictator Kim Jong-Un. Rodman has been everything from a pro wrestler to a reality TV star. He once left the Bulls after Game 3 of the 1998 NBA Finals to go wrestle with Hulk Hogan. Rodman returned in time for Game 4, though, and handled Utah Jazz star Karl Malone the same way he did in the first three games.

At a signing for his book “Bad As I Wanna Be,” he wore a wedding dress. Rodman claimed he was bisexual and was marrying himself. His wardrobe was constant fodder. Rodman led fashion critic Mr. Blackwell’s 1996 Worst Dressed Women List, a roll-call of fashion frumps that included Glenn Close, Helen Hunt and Goldie Hawn. “In fishnet and feathers, he’s a unisex wreck,” Blackwell said of Rodman in announcing his list.

But you have to separate Rodman the character from Rodman the basketball player. He may have been one of the most abrasive (and ejected) players of all-time, but he was also one of the best rebounders in NBA history. Rodman pulled down 11,954 career boards (13.1 per game) and was twice the NBA Defensive Player of the Year. Through all his out-there behavior, he made good teams better, winning two NBA championships with the Detroit Pistons and three more with the Bulls. He was inducted into the Naismith Memorial Basketball Hall of Fame in 2011.