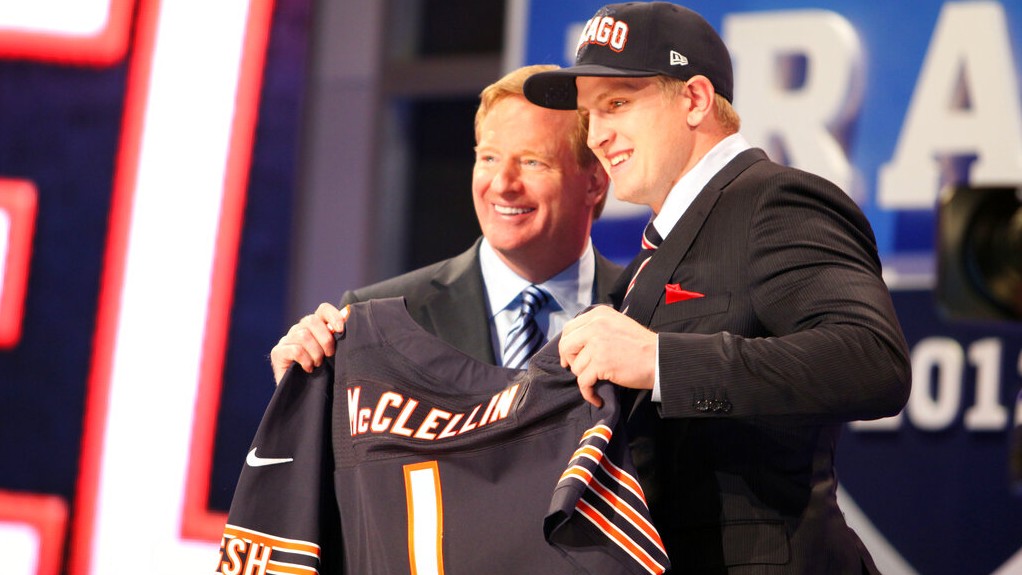 April 26, 2012, 10 years ago today: Two Boise State players are chosen in the first round of the NFL Draft for the first time. Defensive end Shea McClellin was the No. 19 overall pick, going to the Chicago Bears. Then, the Tampa Bay Buccaneers traded up in the draft to get running back Doug Martin with the No. 31 selection. In the end, Boise State shattered its previous record for players taken in one draft with six (the previous record was four in 2007).

Tyrone Crawford was selected in the third round by Dallas, George Iloka in the fifth by Cincinnati, Billy Winn in the sixth by Cleveland, and Nate Potter in the seventh by Arizona. The winningest quarterback in college football history, Kellen Moore, went undrafted and signed as a free agent with Detroit. Although we all understood Moore’s size limitations in the eyes of the NFL, it was still stunning that he wasn’t picked. Draft day was fairly agonizing from that standpoint.

McClellin, the Marsing High grad who famously hailed from Chicken Dinner Road, spent the first four seasons of his career with the Bears and the final one with the New England Patriots, with whom he won the Super Bowl before taking a medical retirement. He logged 201 tackles, 8.5 sacks and four fumble recoveries in his career.

McClellin’s most recognized NFL play came in the legendary Super Bowl comeback win over Atlanta, when he executed one of his patented kick-blocking hurdles to disrupt a Falcons extra point, a move that was controversially penalized. McClellin was flagged for illegal formation—apparently he was “on the line of scrimmage at the snap.” It was confusing. “To me, it was not a foul,” said former NFL VP of Officiating Mike Pereira on the Fox telecast. McClellin is now the head coach at his alma mater in Marsing.

Martin’s NFL career lasted seven years, and he occasionally lived up to his first-round billing. He rushed for 1,454 yards as a rookie and 1,402 in his fourth year. But there were some lean, injury-plagued seasons in between. Martin finished with the Oakland Raiders in 2018 and had 5,356 rushing yards and 30 touchdowns in his career. Among the other Broncos drafted in 2012, Crawford had the best NFL career. He played 108 games and started 77 for the Cowboys before retiring prior to the 2021 season. Crawford recorded 191 career tackles and 24 sacks. 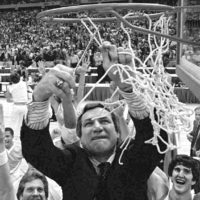 This Day In Sports: Tar Heels take the title on an unforced error