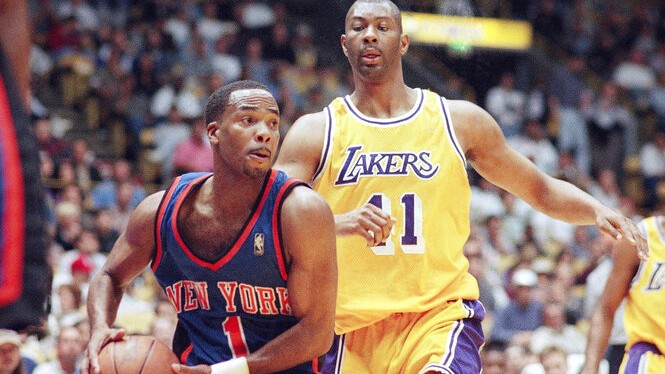 July 14, 1996: Former Boise State star Chris Childs signs a six-year, $24 million free agent contract with the New York Knicks. Childs had spent the previous two seasons with the New Jersey Nets—he averaged seven assists and 12.8 points a game for the Nets in 1995-96. It had been quite a journey to that point for Childs, who went undrafted in 1989. He bounced around with three teams over three years in the CBA before playing two seasons for the Quad City Thunder. It was then that Childs caught the eye of the Nets.

That 1995-96 campaign with New Jersey would end up being his best season in a nine-year NBA career that would end back with the Nets in 2003. But Childs is best-known for his five seasons with the Knicks back when they were NBA Playoffs regulars. He relied on his defense and playmaking and was a key piece of the Knicks’ run to the NBA Finals in 1999. Childs’ most infamous moment was an-on court fight with the Lakers’ Kobe Bryant in 2000 that got him ejected. In 2001, he was traded to the Toronto Raptors and played a season and a half north of the border.

At Boise State, Childs was the centerpiece of an otherwise struggling Broncos squad as a true freshman in 1985-86. Coach Bobby Dye then found the pieces to put around him, and three of the best seasons in school history followed. Three moments stand out to me: 1) an epic 1987 battle against Wyoming legend Fennis Dembo before 12,265 fans, the largest non-conference crowd in ExtraMile Arena history, 2) the baseline drive that beat Montana State for the 1988 Big Sky championship, and 3) outdueling Oregon State great Gary Payton in a home win in late 1988.

Childs still holds the Boise State free throw accuracy record, shooting 81.8 percent during his career, as well as the all-time record for steals with 215. Since he made his NBA debut, the Broncos have also seen John Coker, Coby Karl, James Webb III and Chandler Hutchison get into the league. Hutchison was a first-round draft pick. But no other ex-Bronco has come remotely close to an NBA run like that of Childs.

Looking for a new train in the backfield