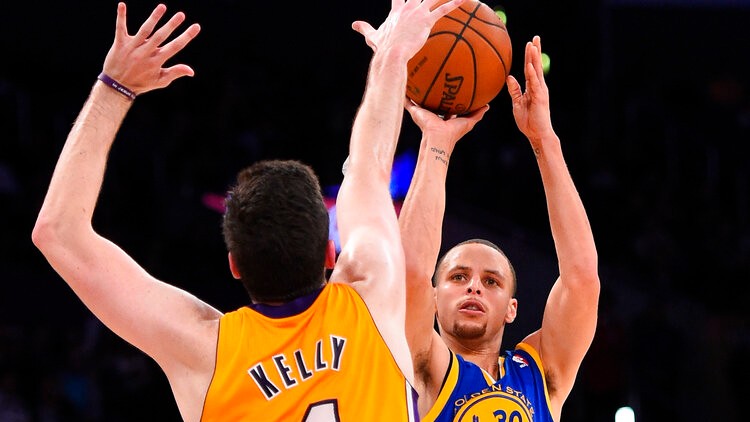 April 11, 2014: The Los Angeles Lakers set a team record for futility, losing their 54th game of the season in a 112-95 loss to the Golden State Warriors. The Lakers would finish the season 27-55. L.A. had floundered without star Kobe Bryant, who—after suffering a torn Achilles the previous spring—returned to play only six games before being lost for the season to a broken bone in his knee in December. The loss to rival Golden State was symbolic of the power shift in the NBA, as the Warriors’ Stephen Curry scored 30 points with 12 assists and 10 rebounds. Golden State would win its first NBA championship in 40 years the next season.

Mark D’Antoni was fired as L.A. coach and Byron Scott was hired to replace him. But the Lakers would break that sorry mark in each of the following two years under Scott, going 21-61 and 17-65, respectively. In the 2014-15 season, Bryant appeared in only 35 games before suffering a torn rotator cuff. The record 65 losses came during Bryant’s final NBA season.

The Lakers would endure six straight losing seasons in all, through LeBron James’ first year with the team in 2018-19. L.A. finally compiled a winning season again in 2019-20 and won the strangest NBA championship in history. The league’s season was suspended when the COVID pandemic was declared in March and didn’t resume until July 30. The Lakers’ title-clinching win over the Miami Heat didn’t come until October 11.

Despite the pairing of James and Anthony Davis, the 2020 crown appears to be a flash in the pan. The Lakers slipped to 42-30 last season and were eliminated in the first round of the playoffs. This season they added Russell Westbrook, but their campaign ended Sunday night, albeit with a 146-141 overtime win in over the Denver Nuggets. The Lakers finished 33-49, and coach Frank Vogel is expected to be fired today.

Horton plays through a different pain