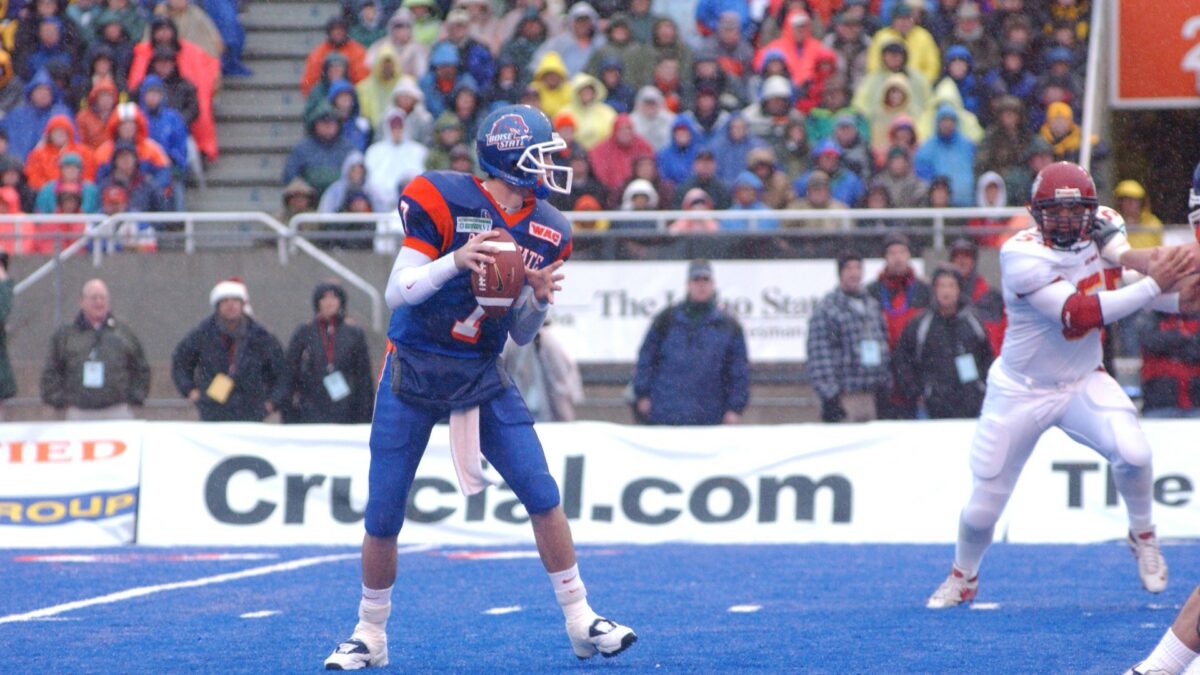 October 21, 2000: Boise State opens the final season of Big West play with a 59-0 annihilation of North Texas, the Broncos’ first shutout in 13 years. They outgained the Mean Green 583 yards to 162 on the blue turf, with freshman tailback David Mikell rushing for 122 yards and three touchdowns and redshirt freshman quarterback Ryan Dinwiddie throwing the first of his 82 career TD passes. At the time it was the largest margin of victory in a shutout against a Division I-A school in program history. Boise State would go unbeaten in the Big West on their way to a second straight conference title and Humanitarian Bowl championship.

Coach Dirk Koetter had been talking up Bart Hendricks’ uber-competitive backup QB for more than a year. The next season, with Koetter gone and Dan Hawkins in as head coach, Dinwiddie became Boise State’s starter. He’d go on to lead the Broncos to the milestone win over No. 8 Fresno State and the memorable victory over the Bulldogs the following year when he threw for 405 yards after returning from a broken ankle (featured earlier this week). He finished his junior season with a 34-16 Humanitarian Bowl win over Iowa State, the Broncos’ first-ever over a BCS school.

As a senior, Dinwiddie broke Boise State’s single-game passing record (one that still stands) with 532 yards at Louisiana Tech. He also keyed the Broncos’ first win over BYU, a 50-12 thumping in Provo, and he finished his career with his 82nd and final touchdown pass, a strike to Derek Schouman that rallied the Broncos past TCU 34-31 in the Fort Worth Bowl. Dinwiddie remains Boise State’s single-season leader in pass efficiency with a 188.18 rating in 2003. And he’s nine-hundredths of a point behind Kellen Moore in career pass efficiency for the Broncos.

Diniwddie threw 31 touchdown passes as a senior, but he could have had a lot more. Numerous times his long-gaining throws would result in tackles inside the three-yard line—then the Broncos would run it in for the TD. There’s no better example than in a 45-3 win at SMU. With Boise State bottled up at its own one-yard line, Dinwiddie connected with Lawrence Bady over the middle, and Bady was brought down at the Mustangs’ one after a 98-yard pickup. Wouldn’t you know it—the Broncos ran it in on the next play. It remains in a tie for the longest non-scoring play in college football history (because there can’t be a longer one). 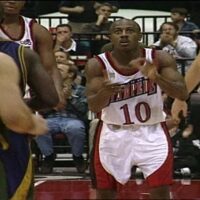 This Day In Sports: Opening Night for the Idaho Stampede