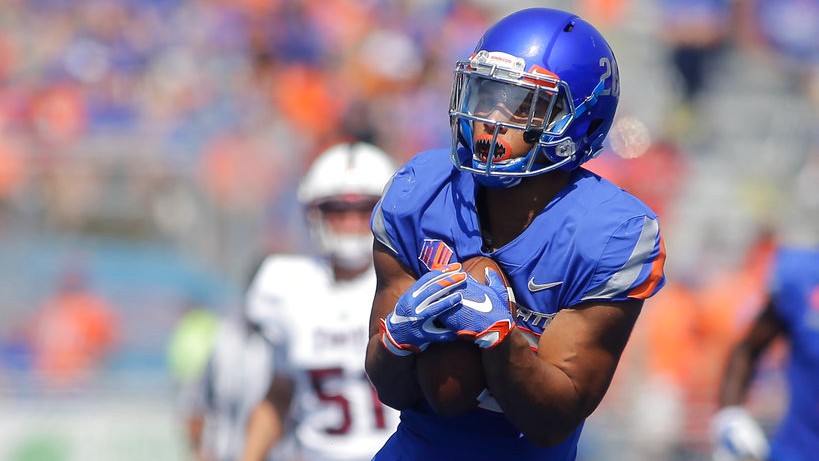 September 2, 2017, five years ago today: Playing its first day game on the blue turf in four years, Boise State is greeted with a 97-degree afternoon for the season opener against Troy.The Broncos’ very first touch of the 2017 campaign resulted in an 81-yard punt return for a touchdown by Avery Williams, the longest by a Bronco in nine years, while the Boise State defense held the experienced Trojan offense to just 215 yards. Third-year starter Brett Rypien split time with graduate transfer Montell Cozart at quarterback, and Cozart led the Boise State offense on its only two TD drives of the day in a 24-13 victory. But it was Williams who captured the fancy of Bronco Nation.

It was only the beginning of Williams’ meteoric rise. A year earlier, he was a true freshman walk-on. But by the time spring football rolled around, Williams had been named one of the defensive captains for the Spring Game. That was telling. He was awarded a scholarship during fall camp, and he took off from there. Williams returned 27 punts as a redshirt freshman, averaging 11.2 yards and scoring two TDs.

By the time he was done, Williams had scored taken six punts and three kickoffs to the house, with his nine career return touchdowns tying the NCAA FBS record. Ironically, the very last touch of Williams’ Boise State career was a 69-yard punt return for a touchdown in the 2020 Mountain West championship game against San Jose State. He won back-to-back MW Special Teams Player of the Year honors as a junior and senior and was a Consensus All-American as an all-purpose player in his final season.

In 2020, with Boise State’s rushing attack struggling mightily in the absence of injured George Holani, many wondered if the Broncos would give Williams a try at running back. Now there’s 20/20 hindsight, of course. Williams was drafted in the fifth round as a cornerback and return specialist by the Atlanta Falcons last year and had a role in both positions as a rookie. But the Falcons tried him out as a running back during training camp this summer. He didn’t take many handoffs in exhibition games, but he’s on Atlanta’s 53-man roster: “Avery Williams, RB.”

Broncos gotta put that one behind ‘em 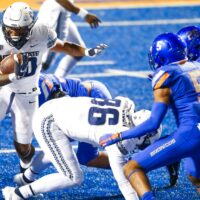 Broncos-Cowboys: A former USU back is back